Awesome video! Thank you so much, really appreciate it! :-)

Thank you so much! I'm really glad you enjoyed it! :-)

Finally! Some plants that I won't end up killing! This is really enjoyable. It's interesting to see the different crossbreeds of plants and really satisfying to watch them grow. I just wish that I could name my plants :-(

No worries! It was great fun!

Thank you for playing! Good luck to you too! :-)

If you'd like to add my game MonoShift, here's the link! It's a minimal, monochromatic puzzle game!

also this is a great way to get the game community involved in important causes, so well done itch!

Absolutely loved playing this! I found it through the Racial Justice and Equality bundle and it just stuck out to me when I was looking through the games! Everything just clicks so nicely, it's great! I'm actually working on a game similar to this, so while I'm envious of how well made this game is, I'm also taking a few notes aha! Nice work! :-)

I have written quite a lot based on my most recent play-through. I also recorded myself playing so you can watch through the video and see for yourself what I discuss here.

I played through with controller this time and must say that the movement and camera control did feel a lot better than when I previously played. Having the option to invert the X & Y really does make a difference. I did have a few issues with the camera sporadically moving on its own.

I really enjoy the transition from the menu screen into the game! Once in the game, I feel that the tutorial for slicing could be more relevant to the progression of the game. Puzzles later in the game require me to disable power supplies or slice objects to reveal keys. I feel that you should incorporate this into the tutorial at the beginning also as slicing two boxes for the sake of learning disconnects me from the world and doesn’t really make much sense to me. (I would maybe make the player slice a power supply to disable the lasers – I feel that just one slice would be enough for this, as the player is required to slice through the doorway anyways.)

I had an issue at the beginning where when I used the controller to pause the game and change my settings, then unpaused, the tutorial had gone, and I was unable to slice using the controller. It seemed to be resolved after I opened the menu with the keyboard and mouse and then closed it again.

I also managed to get stuck in a few strange places (the platform that the first elevator brings you to, and the power supply that drops the first bridge – the first time that I got stuck I had to restart the game, the second time, which was on the power supply, I managed to move off of it after a few seconds.

Much like the elevators, the chains look cool! However, I’m unsure what their purpose is in the earlier areas. I’m not sure if I was supposed to be able to, but I managed to just walk right through them. I did like how they were used later in the game to hold up the block which blocks the fire, I feel like using them for more of this type of puzzle would be good.

I was able to slice the orb containing the green card whilst standing next to the key reader and without the orb itself even being visible.  I myself knew what to do having played it once before, but if someone new were to do the same, they might get a little confused as to what just happened.

I really enjoyed the puzzle with the moving and rotating boxes! Solid puzzle that.

In the final room, I managed to get to the final orb without really being sure what I’d done. I think I might’ve cheesed it. For the final puzzle in the last room, using the slice mechanic to rotate the blocks doesn’t make sense to me. Up until now, I’ve been using the slicing mechanic to destroy things, and now I’m suddenly using it to rotate blocks.  The puzzle itself is nice, however, I think that you should consider using another method to rotate the blocks (maybe by just having the player look at a selected block and pressing a button such as ‘A’)

I am a fan of the visual elements of the game, there are a lot of things that made me go "OoOoOh" or "AaAaaH". I do feel like there could be more that signifies that the environment that the player is in is that of a testing facility as it does read that, but it also slightly reminds me of the interior of a spacecraft or a futuristic warehouse (?) Maybe more screens with previous test results or running diagnostics etc. Not essential, but good for world building and improving the overall experience.

The game has come a long way since I last seen it, so well-done guys! I’m excited to see what else you produce, keep up the good work!

Haha that'd be good, should maybe consider changing the key for shifting to something else but shifting with shift just makes so much sense!

Thank you Nic! I'll definitely be adding in some audio to bring the game to the next level.

do you have any suggestions of the type of sounds that you think would fit well with the game?

This feedback is for V1.3 of the game! (However within the actual game itself it says V0.2 so just be careful with that)

Aaah where are the buns?!  It's really interesting to see how this game has changed, I'm really liking where it's at! Being a fan of monochrome myself (how did I get here), I really enjoy how this game looks. I'm going to list a few things that I  enjoy about the game and then a few things I feel could be improved upon (in my own opinion!)

Some things I think could improve the game:

I'm really excited to see how this game improves! I hope my feedback is helpful, if you want to discuss it with me just drop me a message! :-)

Hey you! Thank you so much for viewing my topic!

MonoShift is my final university project, which will be submitted mid June (so not far to go!)

MonoShift is a minimalist, mostly monochromatic (so much alliteration!) puzzle game. 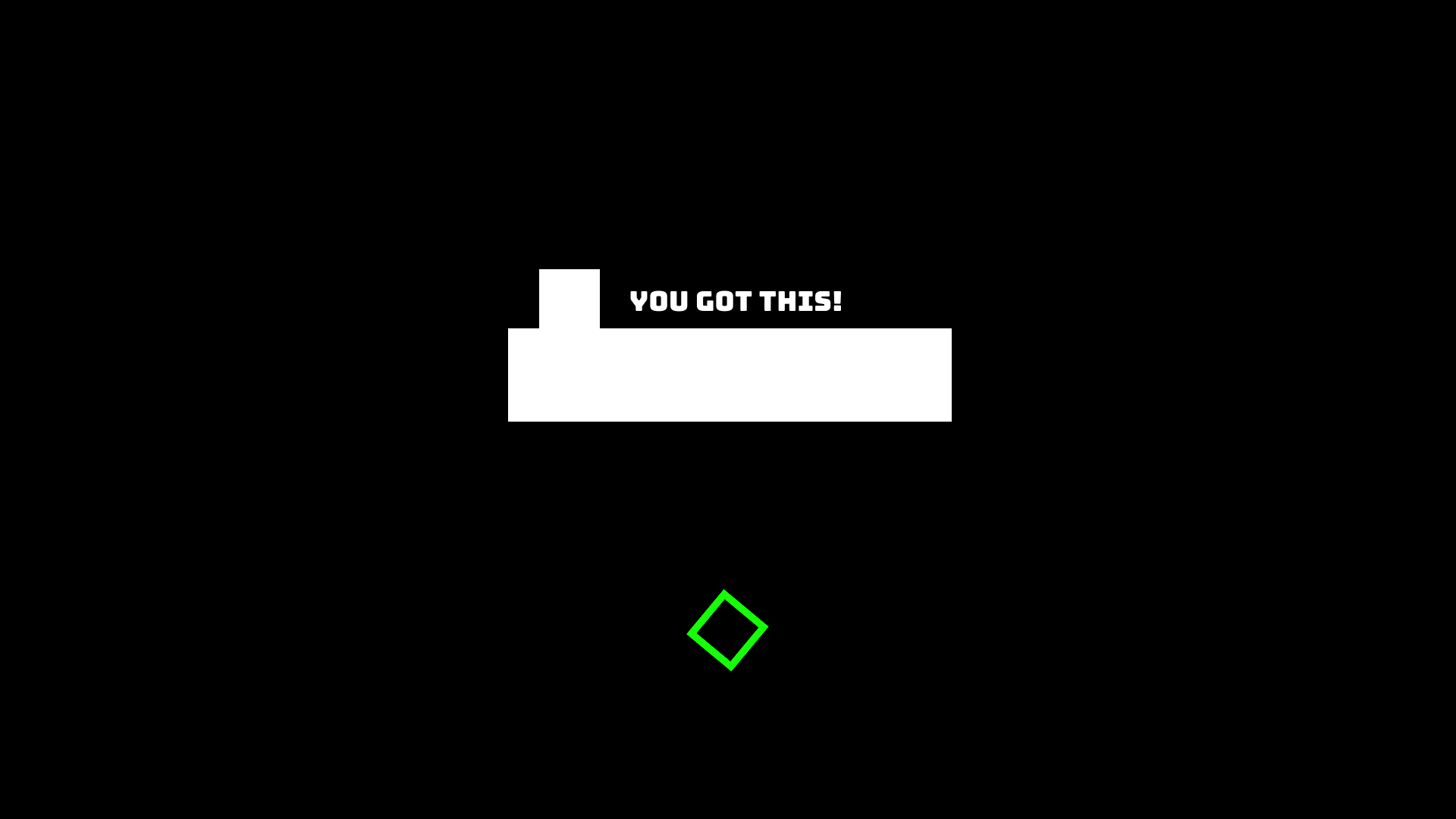 I'm posting it here in hopes that more people will be able to play it and give me a little feedback (if possible!) I would really appreciate it.

I hope you enjoy the game (well what exists of it so far), and again, thank you!

Beautifully worded! Let's create imagined places where real memories can be made! <3