Hey nice, I like this! You mentioned on the Discord it's your first jam game and I gotta say this is a better work than what I put out for my first. Good stuff!

Yeah, my priority with this game was making it as approachable as I could, with simplified mechanics, proper tutorials, etc. I originally wanted to make 4 levels that would ramp up in complexity, and if I had more time I definitely would've, but I knew that if I wanted to polish the levels I had by doing tutorial and dialogue writing, I'd need to strip it down to 3.

I'm really glad that everyone who's left a review has at least liked the game, I remember previous jams getting the "I don't play tactics games so I don't understand this" review, and I put a lot of effort into specifically avoiding those reviews. (including rewatching Mark's video on Complex Games lol) And while even my playtesters who didn't normally play SRPG's could get into it more easily, I'll have to save full development of the mechanic for a later fuller version :P

Hey, great stuff! I was always awful at T-T-T, but this makes that loss a good bit more fun!

There is an unfortunate glitch in Level 1 where the mage necessary to beat the level sometimes doesn't appear. I mistakenly set the mage to appear "at the end of the enemy phase, if exactly 3 enemies have been killed" so it's possible to kill two enemies in one turn or for an enemy to die from Onyxia's counterattack and bring that 3 up to a 4 before the enemy phase ends. Hopefully this doesn't crop up too often, but if it does, just try again. I hope you enjoy this game regardless.

no it's just like pictochat, remember? this is true nostalgia 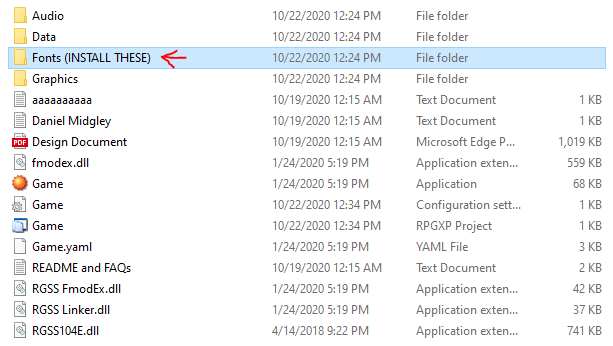 I like this one a lot! The game has a really good gamefeel despite being so difficult to control, and the levels are always fun and enjoyable even when they're kicking my behind. Great job, easiest 5 stars of my life!

This is a very fun game but carried almost entirely by its presentation. It's a very simplistic game but I feel that works to its benefit, especially for this jam where I can only play a game for like 10 minutes. I enjoyed this experience a lot, thank you for making it.

It's a bit poorly telegraphed what part of the dialogue is or isn't gameplay-relevant at the start so I had some problems with the opening of the game, but aside from that I had good fun with the game! It's well-designed in that puzzle-game way and uses the theme in interesting ways. Great stuff!

Oh this is super frustrating, I die in like a second from monsters I can't see because they just barely come in from the covered side of the screen.

Extremely overwhelming and I barely know what I'm doing, I'm going to try a third time and see what I think.

Update: Yeah this all plays out way too fast. There's a lot of depth and thinking but it's too much to take in and work with at one time, I never have time to heal or orient myself and that makes the whole thing fall apart very quickly. I hope everyone else has a better experience with this than I did.

This game reminds me why I use Maker engines, because programming is overwhelming and I am an idiot. I love this game, and I'm going to play it more after the voting period's over 'cause I wanna give it the proper time of day, but I've already rated it very highly. Great game!

I like this game! The controls are weird and it's difficult to get a hold on everything, it feels like I have to use my all of my brain, hands and eyes.  It also feels like the game's hardest at the start because you can barely take any hits, whereas getting further in the game means I could tank more hits and not care as much about dodging. Either way I like this game, it's good.

This is a really good and simple concept that's still very cool and well-done. Some of the level design is a bit messy (I stopped at Lv 7), but I still liked playing it and seeing all the cool ways this design can be used. Good job!

Really cool game! Even with 2pi instead of 1, it manages to fit the theme really well, while still being fun as maze games get!

This is a nice game! I like how arcade-style games serve as a fun timekiller without expecting you to get to the end. Well-done, I hope to see more from you.

Nice, short, and fun, well-done for everything it wants to do. Nice job!

Really fun game and concept! I could put hours into this and not be done, amazing job!

I like this game a lot, it's a really funny comedy game and the mechanic is fun with good level design to take advantage of it. Well done, I hope to see your work again!

Reply
GMTK Game Jam 2019 community · Posted in Does your game have a cute character?? Let us see 'em!
nyx1 year ago

We tried to make each of our characters cute, I think it worked! Shoutouts to our artist C10H14N2 for making these portraits!

First of all I want to say I'm really impressed that you managed to make this within 48 hours, as someone who tried to make a tactics game from scratch this is an amazing feat. It's a cool mechanic too that fits right in with the theme. The main problem I feel is that it's not a tactics game that lets you do what you want to. It feels more like you're doing what the game wants you to do. And normally that's okay, but here it feels inorganic. I'd like to see this fleshed out to give the game more depth, and I'm still going to rate it high, but those are my thoughts for now.

This game's got a pretty cool opening and some neat level design, but bogged down by weird controls and unclear hitboxes. It's a good jam game though, and you did a good job making it.

Turns out uploads are temporarily disabled for the jam!  I'm okay with that, I'll post the full version later!

I meant changing direction on a dime could be easier, I guess acceleration. Thank you for your time!

I'm actually about to publish a fix for it right now, one that addresses all of your concerns and more. Keep an eye out for it in the next 10 minutes!

This is amazing! I love this game about miscommunication and trying to understand what's going on. Adopting the language of this game feels a lot like the experience of actually learning social cues, and I love it so much.

Oh god this game made me so anxious. It's fun, it's great fun, but I tense up every time I fire a shot because I don't know if it'll hit or not. The mouse sensitivity is Way too high and the enemies shooting means I don't have time to aim my shots. Nice job with this, I'll give it a 4 and 5 for design and adherence.

I appreciate the one-ness. This is a fun game, but a bit insubstantial after the second run. It lives up to its ambition, so nice job making it!

Oh my god I really like this! I like the memorization aspect of it, and I had to learn to observe smartly to find the goal. Brilliant mechanic, great job on the level design!

The main thing is that I feel like the player hitbox is too big. The turning is fine in context but combined with the constant getting hit it feels more frustating when you're trying to shoot while not getting shot yourself. As for the speed, I was kind of disappointed you couldn't outrun the enemies, but that's ultimately your call. I would have liked to have been able to change velocity more easily, but I can understand the decision to make space flight feel like it is. Also, I didn't quite understand the point of the extractor, and the reload button didn't seem to do anything until suddenly it did. I'd suggest a gauge on the missile's load, and maybe a bit more explanation on what each function does. This is a good game either way, and I hope your improvements go a long way.

Oh sorry I should have clarified for everyone, PLEASE READ THE README FIRST it tells you how to install the RTP and get everything you need. This is my bad for not clarifying earlier, please try again and see the game as it is.

Thank you for the kind words! Our team went wild with the story, and I'm glad lavendersiren managed to pull it all together in the end. And yeah we did try to make HP and stats visible (definitely could've done better there) but how you play can only be what you do. Thank you so much for playing our game.

I love this game so much, everything about its design and atmosphere and jabs at corporate culture are so fun! I'd love to see a moral choice system put into this where you have to answer non-objective questions as well as objective ones. Good job and great game!

This is a really cool game, it looks good and has nice level mechanics, and I can see if you had more time to improve the controls this would be a really great game. For now it feels "finicky" though, like the special moves don't quite behave as you want them to. Either way, stellar creation, I look forward to seeing what you do next!

This is a nice little score attack game. It's the kind that's addictive for a short while, like until you game over you can't stop playing. But the jam theme's not just about aesthetics and context, the idea's to explore new mechanical avenues and see cool things come out of that. I'll probably play this game more once the jam's over, but in terms of design and adherence to the theme I have to rank it mid-level. Good job either way.

This is a fun multiplayer game to play with a friend, it has such good kinaesthetics and the level design varies the fights a lot. Really well-done for a 48-hour game!

Oh, skills aren't supposed to cost anything, that just wouldn't work in a game like this. Thank you for telling me about the antivirus, I'll be sure to put that warning right away, and thank you so much for playing our game!