Hey there, looks like my navigation bar keeps hovering over the page body (so frequently hiding the game title or ruining its banner). I've tried cleaning cache and other browsers, it didn't help. Anyone got a clue?

I just discovered this jam, and I gotta admit it's gonna be hard to beat this D=! (but I hope I still got time to try to)

Oh no, I hope that wasn't too hard on them! In Sodalitas we have Stress instead of hit points, which makes it easier to make up what happens to the adventurers — some think characters should only die when it's their player choice.

I tend to think our game shows we're not too serious. I feel bad for all the Olafs in the world though, hopefully they don't get a version of that clip every time they introduce themselves :)

Sounds good! If I may be curious, which language and game would that be?

Did this page need a direct link to its English version? Maybe. [fixed]

Do non-English speakers go around downvoting every game offering only an English version? 🤔

Thank you for checking out our stuff and asking questions about it! I'd be thrilled to have convinced you to try and play these, and we'd love to hear about it from you whenever if you feel like it. Cheers!

Alright so… "tabletop" is a misleading word in this context, especially since so many people play online these days. I almost got rid of it in my answer but I thought "roleplaying" alone could be misleading too, since it gets used for video games too.

Anyway, the answer is yes, Shadowrun is absolutely a (tabletop) roleplaying game, with or without figures, battle maps and other props some use to play. If I may paraphrase our own glossary (Sodalitas page 2):

[A roleplaying game is] a social game in which we tell a story together by playing characters.

We tried to keep it to the core there, but it really is just this, telling a story, which can take many forms (in some games you don't even play characters but draw a map, telling its story). Basically, if we're talking about Sodalitas, the referee starts by setting a scene involving the players' characters, maybe ask the players a question, so they answer by saying what their characters do, maybe ask questions, then the referee answer questions, maybe tell what happens in the environment, or what non-player characters do (we call them extras here), and then… I hope you get it: it's mostly a conversation, sometimes involving dice to see what happens, and evolving into a story enriched by everyone's inputs.

So you might want to start by reading Sodalitas rules page 2, and try creating characters with your kids—the guild creation can wait after their first adventure. Then you might have an idea for an adventure suitable for these comrades (maybe the brutal vegetarian cook heard about some magical roots in a nearby village? or the fighty brawny noble needs to help a distant cousin with a rats problem in their castle?)… or pick an adventure from Adventures On A Single Page! They're ready-to-play and easy-to-prep adventures fitting perfectly Sodalitas spirit.

Here's the link and lucky you, it's probably in your library already if you got the Bundle for Ukraine:

Hey 0ffb1t, just wanted to double-check your feedback, to make sure janvanhouten and I are going in the right direction: have you ever played/read any tabletop roleplaying game before? If so, what did you find confusing about Sodalitas rules?

Hi Chifilo, nothing's actually missing: the map and encyclopedia are the "introduction" part… It's just bits and pieces you don't have to use. I'd say the best way to start would be to pick any of the 15 adventures relying on its complexity, themes… maybe there's one that would fit easily in your ongoing campaign, or there might be some extras you can't wait to roleplay!

We're discussing the possibility to open a discussion part on this page where we could chat about the adventures and have a Q&A, but in the meantime feel free to contact the author @JanVanHouten and myself @nicolasfolliot on Twitter.

Hi gxxjst, did you get a chance to check out Adventures On A Single Page?

Thank you for the quick reaction and a gorgeous little game!

Hi, I jumped on this as soon as I spotted it, but the PDF seems to miss an embedded font (Whitefish), which is completely replaced by dots.

How nice of you to call it "feedback".

Thanks, this is great and makes me wish we had annotated editions for everything now.

Reply
#fuckAdobe Game Jam community · Replied to momatoes in Joined the jam? Comment here so I can share the image prompt to you.
Nicolas Folliot1 year ago

Oooohhh thanks, this is good fuel. Can I fuck Adobe in french?

Reply
#fuckAdobe Game Jam community · Posted in Joined the jam? Comment here so I can share the image prompt to you.
Nicolas Folliot1 year ago

Oops, I guess it doesn't work on every PDF viewer…

Thanks for your feedback anyway, I'll publish the update very soon!

Hi! Since you were the one to suggest this, would you care having a look at this fillable single-sheet PDF, and let me know if it fits the standards? I'd never really done this before so I figured I'd better check before publishing something odd. Also, do you think a 4-sheets version like the one published before would be of any use? I guess each player has its own PDF so probably not, right?

Thanks for your feedback on this: https://www.dropbox.com/s/tmnv1x4hic69xyl/TrophyDark_charactersheet_fillablesing...

Well there might be now… I'm not very familiar with this so far, are you talking about a fillable PDF, or should I look into another format?

Yes please! We all love collaborative game design, so we all need this feature.

YAY! Thanks to you, I think many frenchies will enjoy it!

Good news, thanks and a happy new year to you! 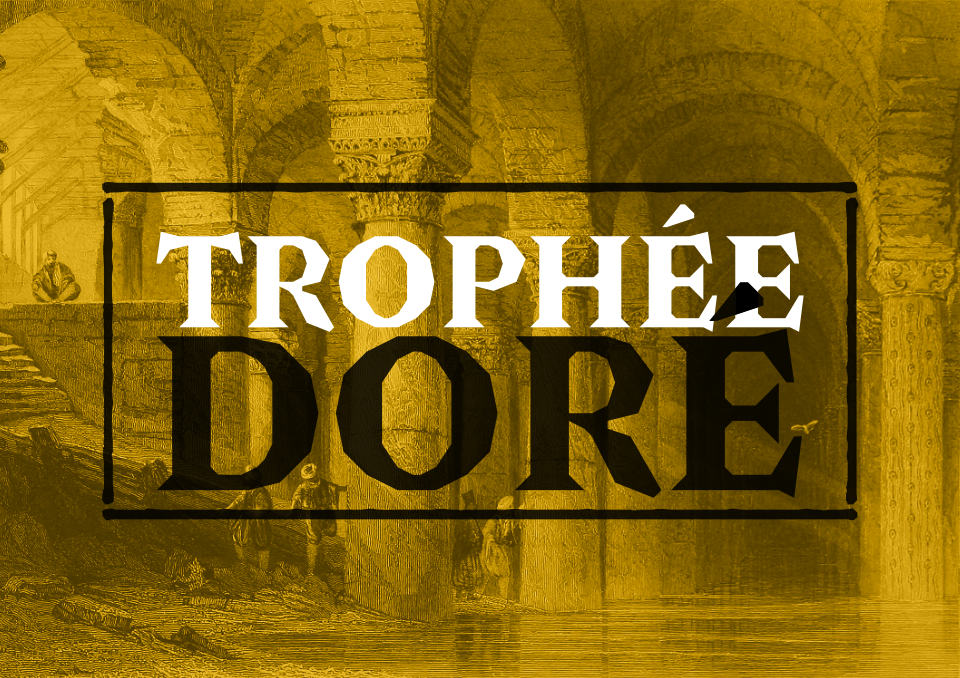 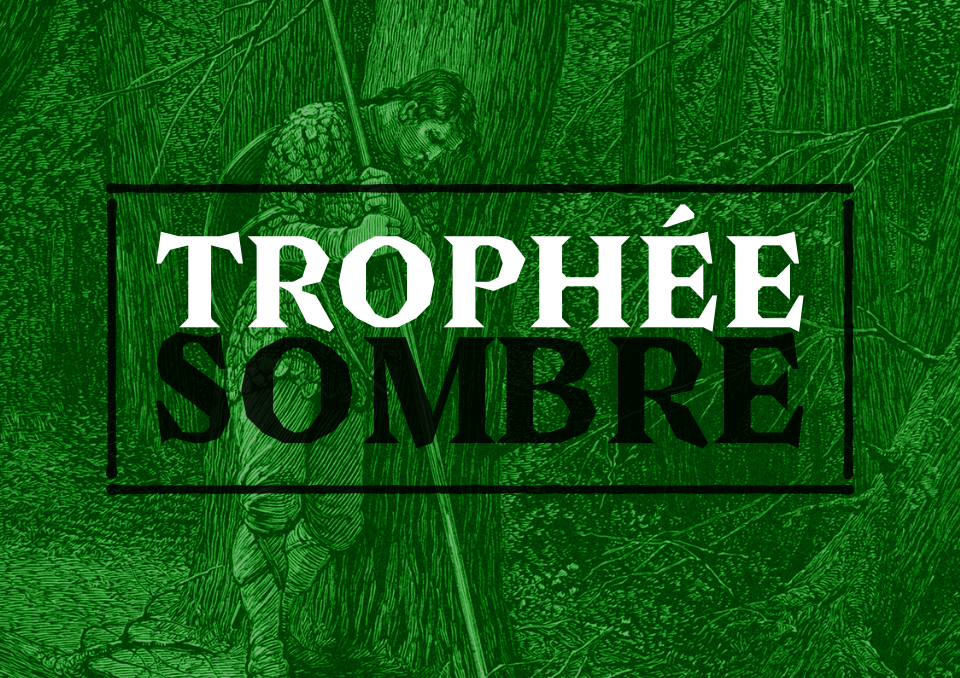 Nice, can't wait to see and play with your final french version!

Hi again! I mailed you my french version last week, did you get any chance to check it?

This looks totally awesome. If you ever want to do a french version, I'd be right here to help translate it – text and/or layout.

Now I have two questions: How hard would it be to make a french version? Could we include this extra class?