Nice to hear! I hope it'll meet your expectations :D

I'm in the process of getting the game on Steam. Once I got it up and running, I'll get back to you.

I removed the download for the time being as I'm preparing the private beta version.

Yes, it's pretty basic in the current public build. In the private build I've already made some changes to give it a better purpose.

What kind of mechanic did you have in mind?

It's intentional to give the player more control (this will be much more emphasized in the next version). It definitely takes time to get used to, and I'm still tweaking the numbers, but I hope it will pay off.

Drift your heart out.
Unlock cars, game modes and songs.
Get into the zone.

You have questions about the game? About the development? Looking for tips and tricks? Just shoot!

Anyone is welcomed to ask and answer!

If you find a bug or have any issues, please let me know!

If you can tell me how to replicate an issue or can show me a video it would help out a lot!

What I did was simply predicting where the player is going to land (UE4 has a function "Predict Projectile Path by TraceChannel"), and then update the particle emitter's location.

It might not be 100% accurate and is a little performant heavy, but works for now.

I was trying to replicate the projectile prediction from Titanfall 2, but no idea how they did it.

I'm still working on it. In fact I hope to release a new build soon. But I've been quite busy with side jobs, which take up a lot of time.

So, the game is fun. Difficult to learn, but just the right way of difficult. It creates a nice state of flow.

My only gripe is that changing the direction input is somewhat slow.

Also, I wish I could play with mouse (either by changing directions via aiming, or by pressing LMB and RMB to rotate.

I'm launching over the itch app

Maybe instead of changing the hitbox, increase the knockback of the player? Just my 2c

F12 does nothing. The game starts in its own window anyhow.

The exe version works for me!

So, about the demo:

The humanoids movement is pretty weird, both on the ground and mid-air.

The acceleration on the ground is somewhat slow, which often would leave me jump up instead of forward.

The wall jumps are very unsatisfying to perform as I feel like I have to press in the direction of the wall, which causes me to move towards the same wall I jumped off of AFTER I did the wall jump (due to air control). With the bees I didn't have much luck to dodge them.

Crouching in the air is a fun idea for a 2D platformer, but the hint should come before the pit, not after you already fell.

The spiders movement is alright, though the jumps with the spike blocks too tight, or maybe the collision of spikes is too big.

As the demo is focused on the movement of the 2 characters I'll leave it at that.

In the beginning I ran around aimlessly, didn't know I had to pick up the meat to start the game.

I like the help screen (F1) to show what's up. This could be emphazised a little more.

The goblins are surpringsly scary, but the gameplay overall is rather dull, as the enemies feel like bullet sponges. There were so many enemies, but not enough fire power to reduce their numbers. And just running and shooting just didn't feel satisfying enough. The special ability is also quite suicidal, because you have to stand still - and also never hit an enemy (flew over them? through them?).

The art is neat, though too much green for me (green floor, green trees, green goblins, green giants).

Doesn't work for me. I click play, music starts, the screen stays the same.

The tutorial section was problematic for me, because I misread the text for the big jump as "hold down jump", instead of "holding Down before jump". So, I had to restart the level to reread the dialogue. Having the actual explanation permanently on screen instead of in dialogue would be a lot nicer. Also, the jump-charge visual effect could start instantly for better indication imo.

The dialogues themselves are somewhat useless the way they are designed, as they get in the way of play. They happen while in action - so I can't read them anyways -, and they always have to catch up, rarely being relevant to what's actually on the screen. For instance on the level with Mr Sol, while I was standing in front of the exit, the dialogue was super far behind. I had already passed the sun, but they were still talking about how the button that activates the floating block doesn't make sense.
If the focus was on the dialogue, there needs to be a lot more downtime between the sections.

The background art is somewhat hard on the eyes, as it's very saturated. The trees are weird as well.

I played with a controller and have nothing to complain about the movement. Everything felt alright, though the fairy dash felt super cheesy, as I could spam it to basically skip everything.

Not sure about the reconnection of cat and fairy though. I expected it to be the same button as to separate.

Story I can't say, as I didn't really read the dialogue for reasons stated.

I really love that the controls are on the screen!

Pretty fun, but takes a lot of time to wrap the head around.

I played with a controller.

sadly it doesn't work for me as it glitches 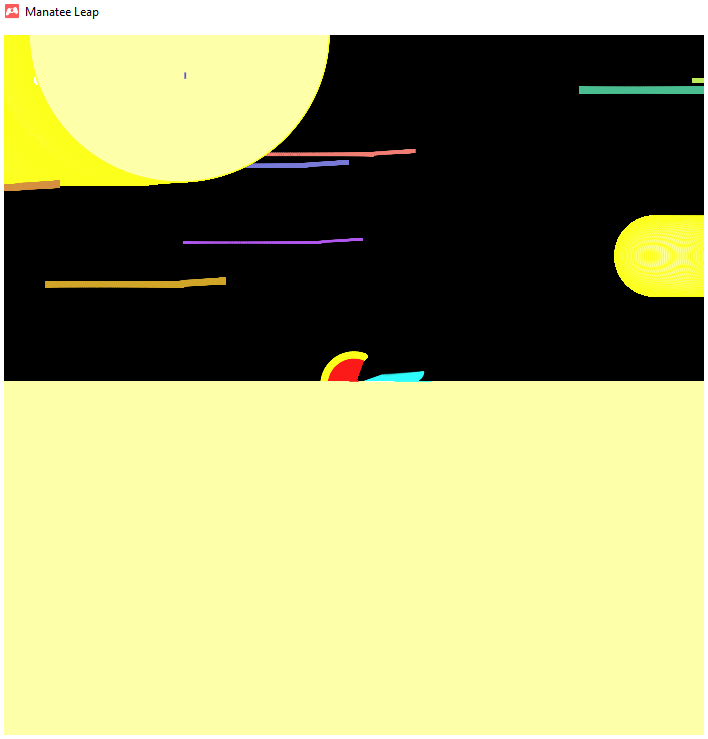 Played a little bit with a controller, which was fine. The only thing that bothered me was that turning around felt somehow unresponsive.

Would have liked seeing a little bit more ahead, as dogs jump-attacking from out of screen felt cheap. Also, once the dogs were inside you, they were impossible to hit.

Everything else felt fine so far. Might give it a more serious try another time.

A bug I encountered was with the mouse sens: when changing it, it would only be applied after I had died. When changing it again, it was back to whatever the default speed was.

Very enjoyable and polished expierence so far. Combat is fluid and fun. Difficulty is nice.

What I didn't really get is how the character selection and leveling up works. Do the characters share experience?

I couldn't be bothered to read the readme for the controls. Putting them in the options, or somewhere on the first screen as plain text would have been nice.

Jumping and falling feels broken, as if the game is playing too fast.

Shooting with the mouse feels extremly uncomfortable and unintuitive. Not sure if the mouse is used for other things besides shooting.

Very enjoyable concept, but the controls are somewhat hard. Too many options to cycle through to get the right anomaly, considering that it's very action heavy/fast paced.

Not sure what purpose the "walls/barriers" serve. I would simply put them down in the corner to not get in the way.

The "combo/charge" system is quite cool.

Overall quite cozy. I like the music and sound effects. The general gameplay  (skipping dialogue, movement, inventory...) feels good, nothing really to complain from the few minutes I played.

I'm not familiar with the genre but I might actually play some more later on.

Thank you, I appreciate your feedback.

Hi, you should be able to download it again.