Very funny! Loved the dialogue, loved the puzzles, and loved the mapping. All brilliant! I would’ve liked to see custom graphics, but I understand that the minigame contest didn’t allow them- I think the game would’ve benefited from a “sillier,” cartoonier art-style while keeping the RTP characters, but score-wise, that’s neither here nor there.  I also would’ve liked it to be a little longer, if only because I want to see more- but I understand the time limits associated with competing in a game jam, and you are very busy, so I understand why the game is the length that it is. The only real problem I had (and this pertains only to a certain part of the game, not the whole thing) is that it isn’t clear where each type of pushable object in the final puzzle goes, causing me to become a bit frustrated as I had to try again & again until I figured out the trick. A hint would’ve been welcome there. All in all a great game- made me laugh & have a good time. 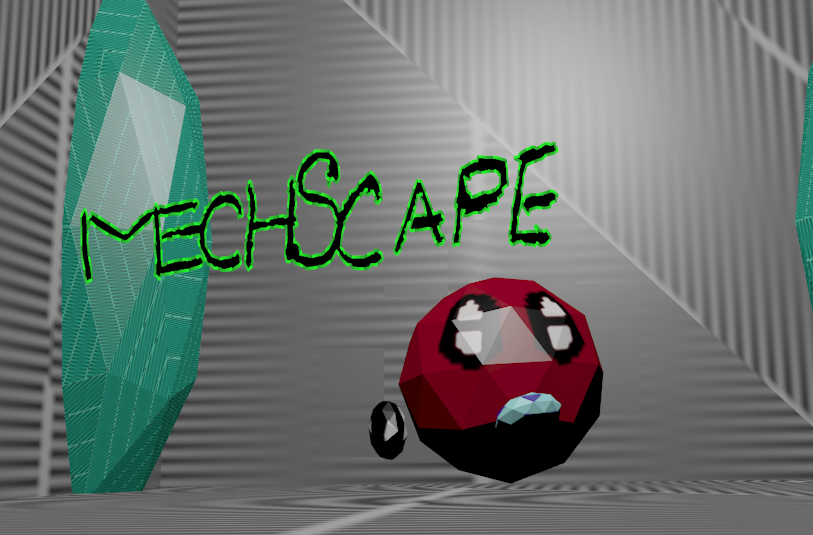 MechScape is a RPG designed to embody the unique “cyber” brand of science fiction of the late 1990s-early 2000s in both its art style and its dialogue style. Mechanical beings, a post-apocalyptic setting, and of course, cyberspace- it’s all here!

Experience an intriguing story illustrated in a retro style

At some point in the distant future, a Security Robot is revived due to a freak accident. Urged on by the mysterious being speaking to it through its radio, the robot traverses the alternate dimension contained in electrical systems known as Cyberspace. Along its journey, Security Bot will be forced into conflict with the Viruses that now rule the planet. Fortunately, it possesses the ability to assimilate the Skills of these creatures and delete them. With its mission thus, this lone robot forges on- in search of what, it does not yet know.

The saga of the Security Bot is illustrated in a retro low-poly style that perfectly emulates the early-3D look of video games released in the 64-bit/fifth generation era. 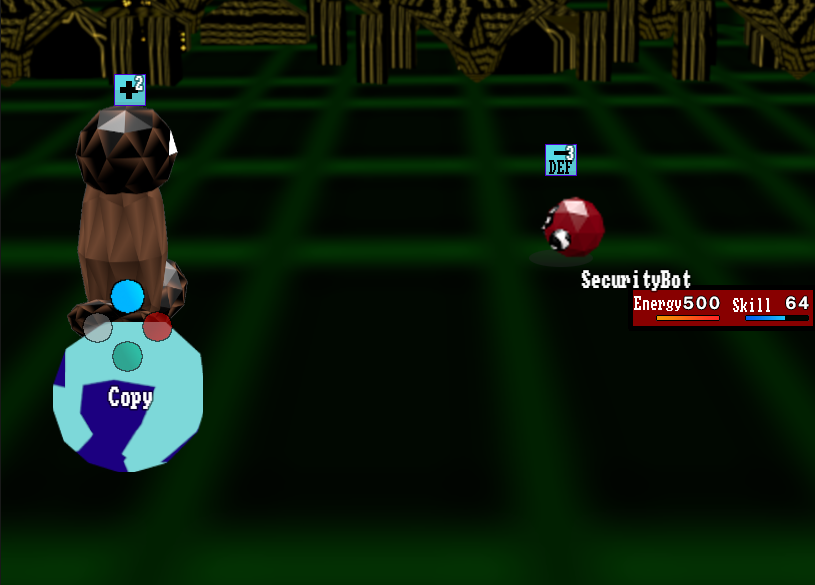 To delete the hostile Viruses that it finds itself facing off against, the Security Bot must copy their Skills. This power is the basis of MechScape’s core gameplay feature- the ability to duplicate the abilities of your opponents and use them as your own. To win, you’ll need to gather Skills and use them in a strategic manner- no mashing “Attack” here!

For a limited time, you can grab MechScape for only $4.99! When you do, you’ll get all of the DLC that’s currently in development for FREE! This limited-time offer ends when the first DLC pack is released. As a bonus, you'll even get three wallpapers!

I hope you enjoy the game!

Not at all- I have the cheapest model I could find. I don't really need a high-end one.

I did test my game, and it loaded and played fine despite the file count.

Reply
itch.io Community » itch.io » Questions & Support · Replied to That Other Fish in "Too many files in zip" error
MechScapeZH1 year ago

Reply
itch.io Community » itch.io » Questions & Support · Replied to Yal in "Too many files in zip" error
MechScapeZH1 year ago

Thanks for trying, anyway. :)

All right- thank you for your help. :)

Yes, of course- I just thought I might get an answer here quicker. I didn't mean to be impatient- it's just that my game is finally finished and I want to get it out into the world, you know? I'm sorry if I should have waited longer.

My game isn't actually that large- it's just that I made in RPG Maker and the engine processes each animation individually, so the file count is large.

I'm very interested in putting my game up on itch.io- it's an amazing site. However, when I try uploading my browser game, I get an error reading:

Too many files in zip (771 > 500)
Please try deleting the ZIP file and uploading another one."

I looked up the error, and I found a help page saying that I had to either delete files from my game or contact itch.io support to lift the file limit. I deleted all unnecessary files, but still got the error- 771 is the absolute lowest I can go without breaking the game. I did send an email to support, but I can't seem to reach them, so I hoped I might get an answer here. What can I do to solve this error?

Thank you in advance for your help.