It will probably be a few years before I can come back to this, so it is basically %100 abandoned, because I would probably start from scratch on the idea next time

AI is very buggy, and gets broken easily

No I am currently working on a different project.

I created a discord: https://discord.gg/WX2BgP9

It is the executable that is giving an error message stating: "put it next to the excutable.".

It might be that you are trying to run it from the archive, which it cannot; here is a video I found demonstrating this:

I have kinda shelved the project for now, as I just lack the level design skill required to really bring this into a proper game.

I hadn't figured out the performance problems of the prototype level, but I am thinking it might be the volumetric clouds that are using so much CPU time.

From a performance standpoint everything that is not the ground, water, or sky is a real time active entity using CPU time, and the map is bigger than it should be. Additionally I need to do more optimization work.

Going forward I am going to be making a smaller map, which should run better.

It is supposed to just work so long as all of the files are in the same folder an a computer, and that computer meets the minimum requirements to run Unity: https://unity3d.com/unity/system-requirements.

I am not familiar enough with the error to remotely troubleshoot.

That error is specifically the Unity engine failing to start, because it cannot find the mono.dll that is inside the Mono directory.

One possibility is that you could have the exe file located in a different directory from the associated Mono directory. Always make sure to copy all of the files from the archive to the same directory on your machine.

Alternatively it could be something strange in the path to where the game is stored. For reference: https://answers.unity.com/questions/1413411/fail-to-load-mono-on-a-built-project...

If you had it installed via the itch client, then I'll have to do more investigating.

Super late reply. Yes this needs lots of work, and for the longest time it maybe got 5 view a day, so I considered it a failure and moved on. I re-watched like every dinosaur documentary I had in the past from Walking with Dinosaurs to Planet Dinosaur, and wondered if I could make a game that felt like simulating those documentaries, and this is what I came up with. 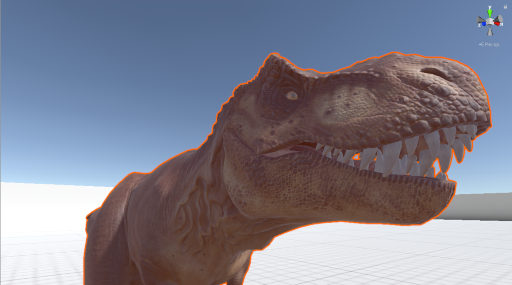 I am setting a goal to get the Trex as a fully functional enemy inside the prototype level and release it by October 31.

Unfortunately I forgot to disable the "Save" and "Load" buttons because they are not functional at this point. For build 5 I added an auto save system, which will allow you to load back to the last checkpoint. Also I have a quick save system from build 4, which can be used by pressing "F5" to save, and "F6" to load instantly; the quick save system in build 4 wasn't fully working, but now I think I got it.

I made some changes that should make the game run better, and additionally added an in game graphics menu under "Options" that can allow you to tweak the game performance.

I am aiming to finish and release build 5 next weekend, and there will be a big dinosaur, the Allosaurus to hunt. There will also be a little zoo level for looking at the dinosaurs as I added them. I am taking steps to optimize a fair bit of the graphics, so hopefully performance will be better. Along will a bunch of new weapons I also reworked the projectile physics, so the bow/rpg will be easier to use.

I am not entirely sure, but I think your video demonstrated a bug. The player has two parts, a floating camera with the gun/weapon, and an invisible character controller capsule for movement/collision. It is possible that the two player components got apart such that your last shot at the raptor might have hit the character controller capsule, thus instantly killing you. It takes about 3-4 seconds for the raptor to kill the player.

Someone was nice enough to make a gameplay video, so here is a link to that: https://www.youtube.com/watch?v=EG1Muq9hIls

This is one of the best games on here, but in all seriousness is there no quit to desktop button anywhere?

Just a note, you can 'cheat' by spamming all of the buttons.

Reply
Project Hedra community · Replied to Zaphyk in What is the gameplay?
McShooterz5 years ago

The mobs I encountered could be group into two categories: pigs and sheep are farmyard animals, while foxes and boars are woodland animals. These are just what I saw, but as it stands not compelling things to fight.

I followed the floating crossed swords icon, but I could not find a boss; I am going to assume there are no bosses yet, or crossed swords don't represent the location for a boss battle.

Purposefully collecting items and leveling up are just grinding/busy work, and in classic RPG sense this was a way to space out story events. As I take it the point of grinding here is to improve your odds in boss battles.

Reply
Project Hedra community · Created a new topic What is the gameplay?
McShooterz5 years ago

TLDR: I guess what I am looking for is the pitch for this, because the description doesn't tell anyone much of anything.

I messed around with this for a little bit, but could not really find a "game". This is clearly a collection of game components, and I understand that this is very early, but I don't believe I have enough information to really explain to someone else what the gameplay is supposed to be. There is an inventory system and a skill tree, but they didn't play any real role in my short play session. As of right now that only thing I can figure out that the player does is wander around killing woodland creates and getting stuff from shrine structures, which by itself isn't very interesting.