We're really needing more feedback, if you want to be a part of the community you could join our discord and play the game from itch, since it's currently free!

In the case of printed cards, it won't be print and play, but actually real cards, although we could do Print and Play too!

We'll definitely make an announcement when the printed version is out :)

Right now it seems you can only script a material's color, but not the texture or other properties. It's important to be able to change that on scripting.

To more easily support atlases, it would be awesome if we could specify a material's offset for tiling the atlas. Right now we can only specify the scale.

Just wanted to let you know the last update most certainly fixes that problem! At least, I've received reports that it's fixed.

Yeah, I'm not sure how to fix that. I'm using Unity 2018.2.14f, which is pretty recent. As I mentioned in the development builds, there's a workaround:

"Linux builds might start with bugged graphics. To solve this, go to ~/.config/unity3d/Flaming Torch games/Fairtravel Battle/, edit the prefs file, and change the fullscreen line to have a value of 0, and remove the two lines that give a width and height of 1."

Sorry for the trouble, though. Whenever I figure out how to properly fix this, I'll do so. It's a critical bug on Linux.

Thank you very much! I really appreciate it :)

That's fine, sorry if I'm being a bit hard to read.

My builds upload nearly instantly on my Mac Mini. So, about 50-70MB done in about 3-5 seconds.

Fairtravel Battle is a card game where you use resources to play cards and battle with Followers and Heroes. 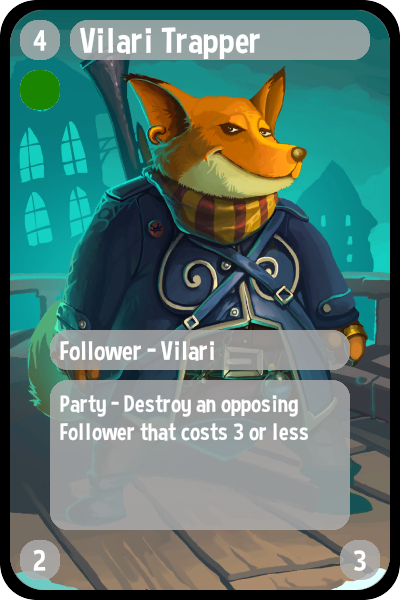 A card has several components:

On the top left corner is the Cost of the card. You start with two Resources, and gain Resources once a turn by either returning a card from your hand for more Resources, or to replace it with a new card. Your Resources are refreshed when your turn starts.

Each deck has a Hero, who has a certain set of Affinities they belong to, as well as a couple powerful powers. Your Hero defines which Affinities you can use in your deck. When a player's Hero dies, that player is removed from the game.

On the right of the Cost, the name of the card can be seen.

Under the type line is the Rules Text. It tells you what effects that card has, and how it works.

Sometimes, using a card will cause it to Rest. A Resting card will be restored at the start of its owner's next turn. 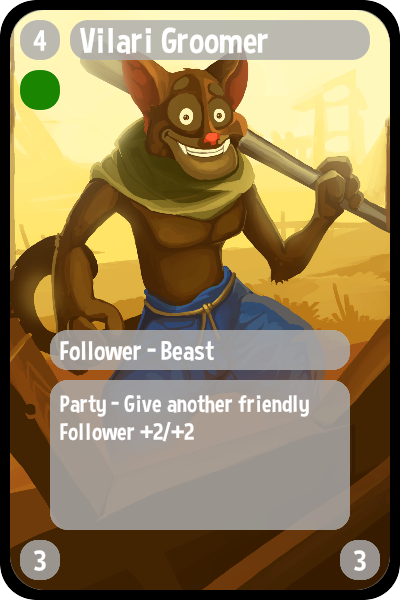 Followers are essentially creatures with an Attack and Health rating. When a Follower is dealt damage and their Health gets lower than 1, that Unit gets removed. Followers stay in the Field zone.

Equipment are powerful cards that stay in the Set zone, and are divided into Weapons, Items, and Armor. 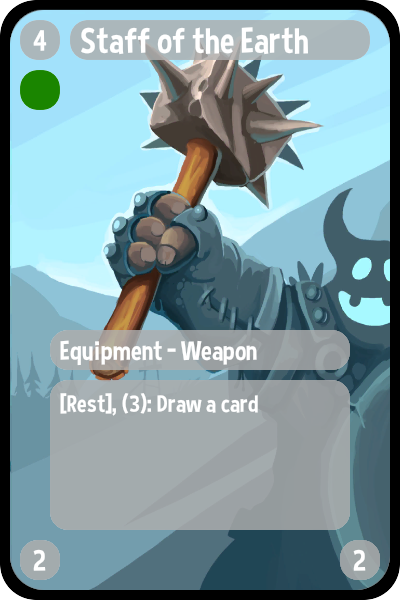 Weapons have an Attack rating and a Swing cost. A Hero can attack with a weapon if neither they nor the weapon are Resting, by paying the Swing cost. Then, both the Weapon and the Hero Rest. 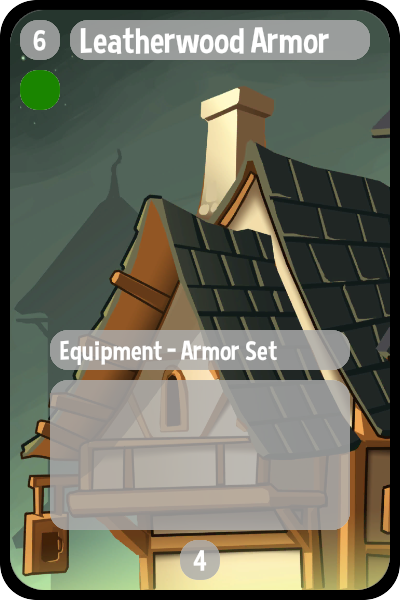 Armor have an Armor Rating. When being attacked, a Hero that controls an Armor that is not Resting can use it to prevent that much damage from that combat by Resting it. This only prevents that combat's damage, even if it prevents more than the damage you take. Meaning, if your opponent attacks with two 2 Attack Followers and you prevent 5 damage, it only prevents the first 2 damage. 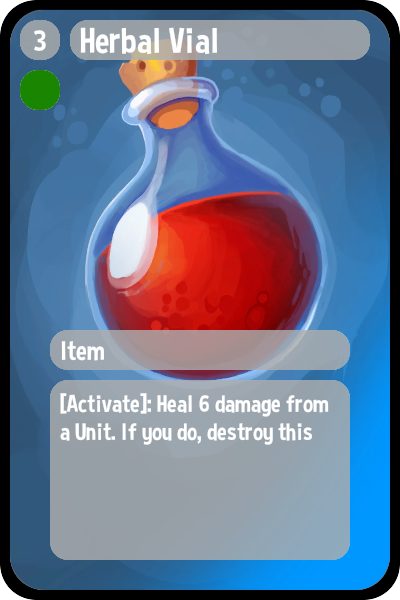 Items have some useful power you can use. Their use always depends on the item itself. 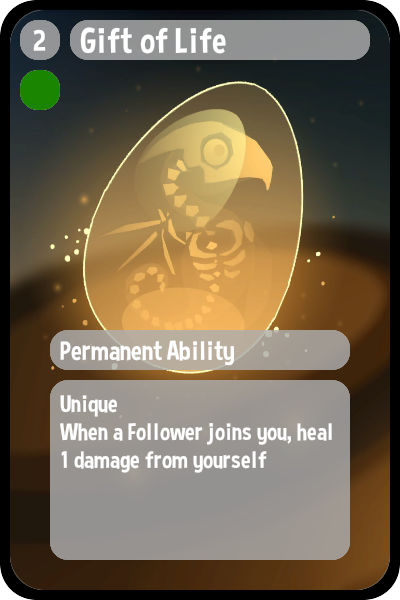 Permanent Abilities are abilities that stay on the Set zone. They usually have an effect you can either activate or that happens at some time. 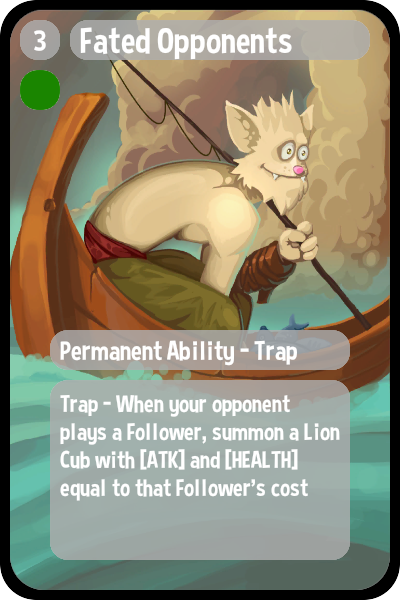 Some Permanent Abilities are also Traps. They have a Trap effect that is not visible for your opponents, even if they appear visible on your side. They typically activate during your opponent's turn when a condition is met. 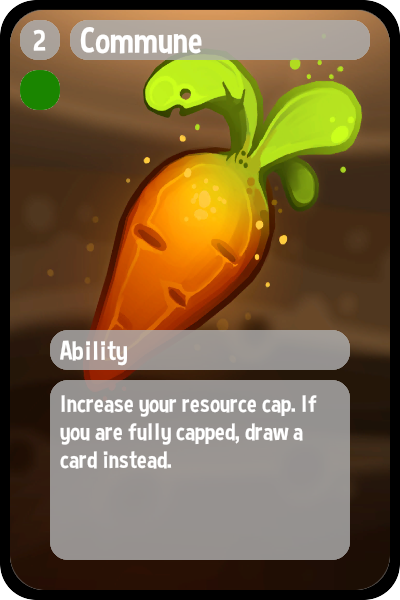 Abilities are cards that are used once and are moved to the Discard zone after being used. Their effect is instant.

Once during each of your turns, you can perform one of two Resource Actions. You return a card from your hand to your deck, and you can choose whether to either increase your Resource cap, or to draw a new card.

When you drag a card from your hand, two Resource Drop areas will appear on the screen: +RESOURCE and +DRAW. Dropping the card there will allow you to use that Resource Action. 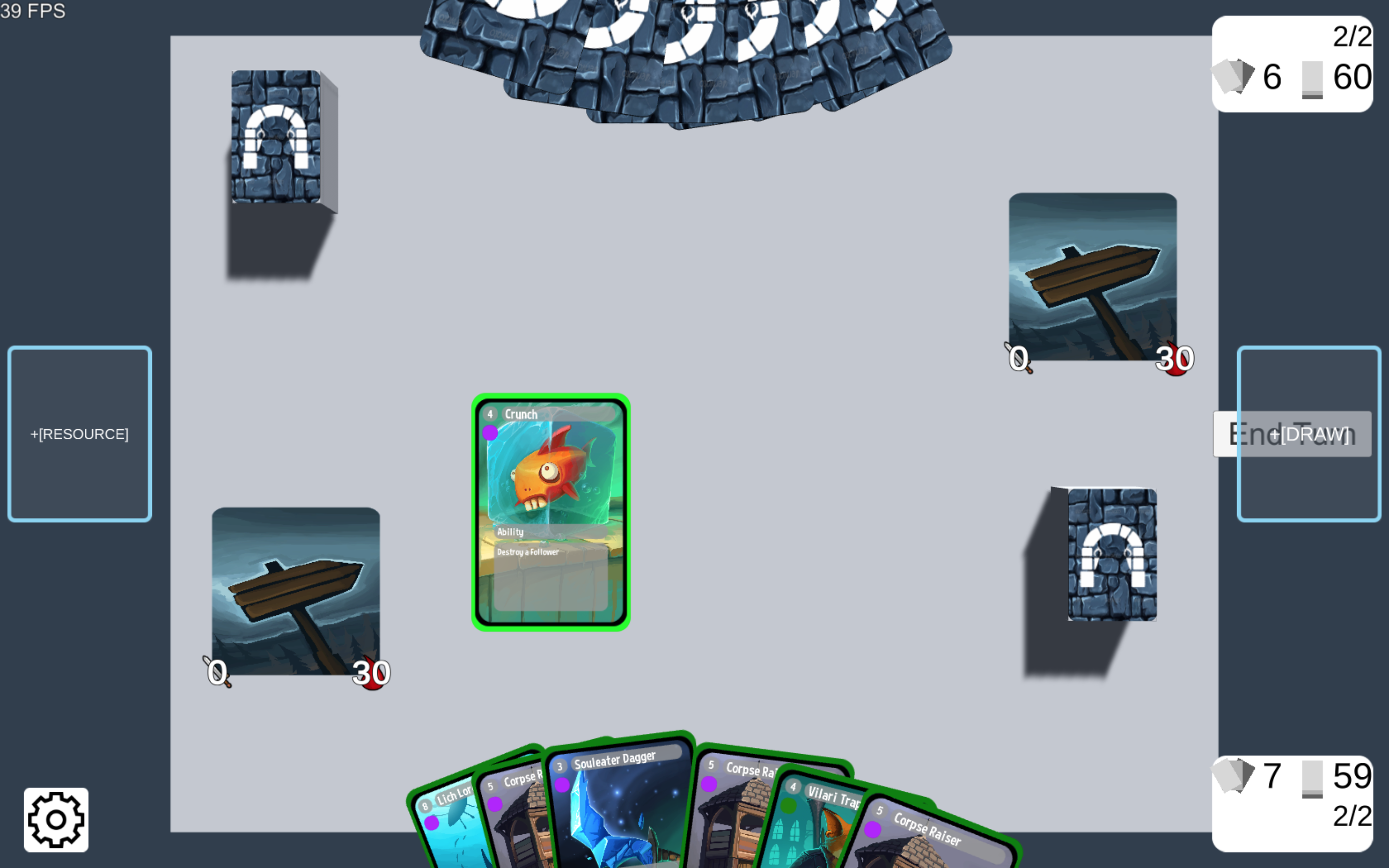 Both Followers and Heroes (Also known as Units) can attack any other opposing Unit in the field, unless there is one or more Units with Guardian that are not resting, which makes those units be the only possible defenders.

In order to attack, you press down on a Follower or Weapon that is not Resting, then drag to an opposing Unit. If you pick a Weapon, your Hero becomes the attacker.

When you do, both Units deal damage to each other at the same time, equal to their Attack.

Some cards have Activated Powers. Those cards usually have text in the form of "cost: effect". For instance, a card with the text "(2): Summon a 1/1 Lion Cub" means if you spend two Resources you will be able to summon a 1/1 Lion Cub Follower.

In order to activate a power, you must click that card. If that power can be activated, you will be able to choose to activate it. 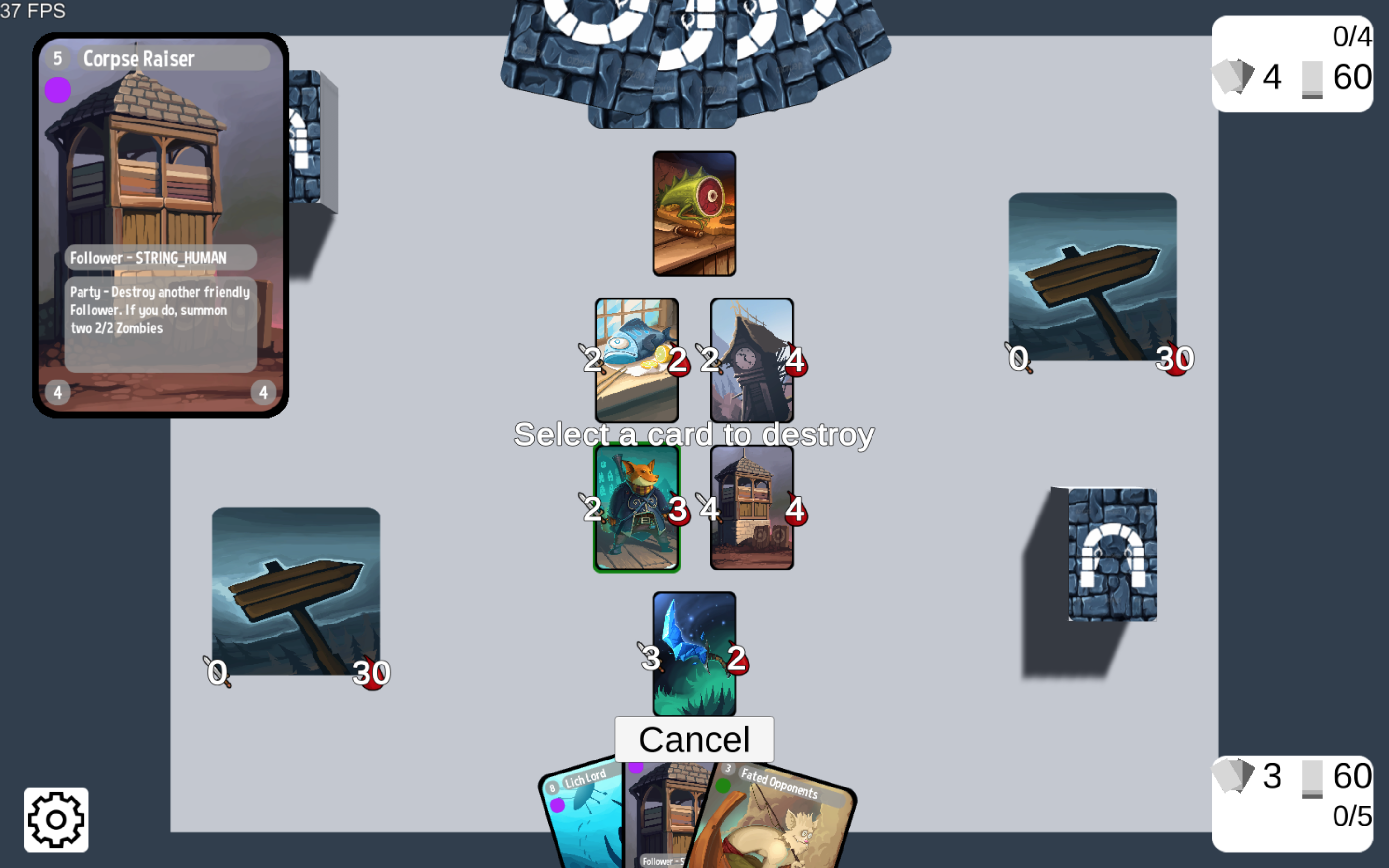 Sometimes a card will ask you to make a decision where you have to pick a target or choose an option. That decision will not be shown to other players.

There are keyword bubbles when you preview a card, so you almost always know how they work.

I'm using no AV whatsoever. I guess Windows Defender could be a thing, but I have never run it either.

Also, for reference, my upload speed is usually around 100Mbps, but on butler i get around 300KB/s

I apologize for resurrecting an older thread, but I'm having the same problem on Windows 7 x64. However, if I upload on my Mac Mini, it is infinitely faster. Seems like it might be a Windows-specific bug. Also, I'm in Portugal.

Could someone please have a look into this?

Thank you kindly for your time.