These fonts look great, but for some reason it seems that in the included PNGs the width of the characters isn't uniform. For example in Matchup, A to H are 6x7 pixels (+1 for margin), but I is 4x7 (+1 for margin). Doing this isn't supported in the software I use at least (Construct 3). Should be possible to fix myself though.

Hey everyone. I write music, provide music for people's projects, video games and other stuff.
I've compiled a list of what I've written for games so far. My Bandcamp only has my "real" music (synthwave'ish) on it. At the moment I'm writing midi metal for a map replacement project for the original Doom game.

Fun game. Reminded me a bit of The Binding of Isaac :) It was interesting that the dungeon configuration kept changing.

Preface
Hello everyone. I'm working on a game and I'm doing most things (game design, programming, music etc.) but I want my game to actually be sellable at some point - and for that I need you!

(picture above demonstrates my peak graphical abilities, so you can see why I need someone else)

The inspiration comes from games I grew up with like Solar Jetman, Digger T. Rock, Bomberman - and Minecraft (but I didn't grow up with that). The point is to collect valuables (gold, gems) but balance how many you gather before exiting the level - time spent reduces how many points you get.

You can also play it here on Itch - check my profile.

What I need
I would need graphics for the following:
- Sprites
- Textures for the 3D blocks
- Logo
- Assets for the Steam store and Itch
- A few pictures for the planned intro story

Collaboration
I'm very open to either hiring someone or getting you on as a partner who also gets to have a say in the game's development. What matters is that the game becomes enjoyable. I imagine we can either discuss an hourly rate, or something else - or you can work for "free" and then we will split everything the game might make in the future 50/50. We could even do "free" with a time limit, so that if I don't release the game for a set amount of time I will pay you instead. Anything is on the table.

Technical details
I find that I tend to try and create games that would've been my dream to play as a kid. For this reason, the game's resolution is 426x240 (16:9). The sprites and textures are 16x16.

About me
I'm a bit of a jack of all trades. I do music, video games and photography. I have several musical releases out on Spotify and other platforms. I would describe myself as optimistic, open/flexible. I've been writing music since ~1997, and making video games on an off since ~1995.

Thank you for the kind words :)

Hello everyone. I'm looking to join a team to provide music for this jam as I don't have the time to dedicate almost a whole month to a project where I'm doing everything. This way I'd still get to participate and do one of the things I love most.

To get an idea of things I've done you're welcome to check out lazernaut.com.

Here's a small playlist of video game music I've done for others: https://soundcloud.com/lazernaut/sets/video-game-music

I also have 2 games where I'm did everything:

- The Adventures of Eggbert - http://lazernaut.com/the-adventures-of-eggbert/

I love the mood of this game. The character, theme and everything :)

The following is an observation, and not an insult - but it shows a bit that it was developed in 4 days. I would really love for this to be developed further - it would be such a great thing. You have a great concept here I think.

Reply
N8Jam (With Wannibe Manisha) community · Replied to Broco8 in Anybody need a musician?
Lazernaut1 year ago

Hey, I didn't see your message in time unfortunately. Ended up saying yes to a different team anyhow so probably wouldn't have made a difference :) Feel free to hit me up some other time if needed.

Hello everyone. As I have previous arrangements the week this jam takes place I won't be able to make an actual game (was thinking I'd make one solo), but I have plenty of time to write music in case somebody needs a musician on their team.

My musical experience can be heard here:

I'm always up for a musical challenge so let me know if you need some tunes for your team's project :)

Thank you so much for putting this out there, and for making a great video explaining everything. In case you didn't know, they changed how scripts work in C3 so you get a warning now when you open your project. Don't know if it breaks anything yet.

Also I'm wondering about the developerSecretKey variable in PlayFabClientApi.js - it says to not expose the secret key but when you export your game (at least as an NW project) it's there for everyone to open?

Is this supposed to happen? 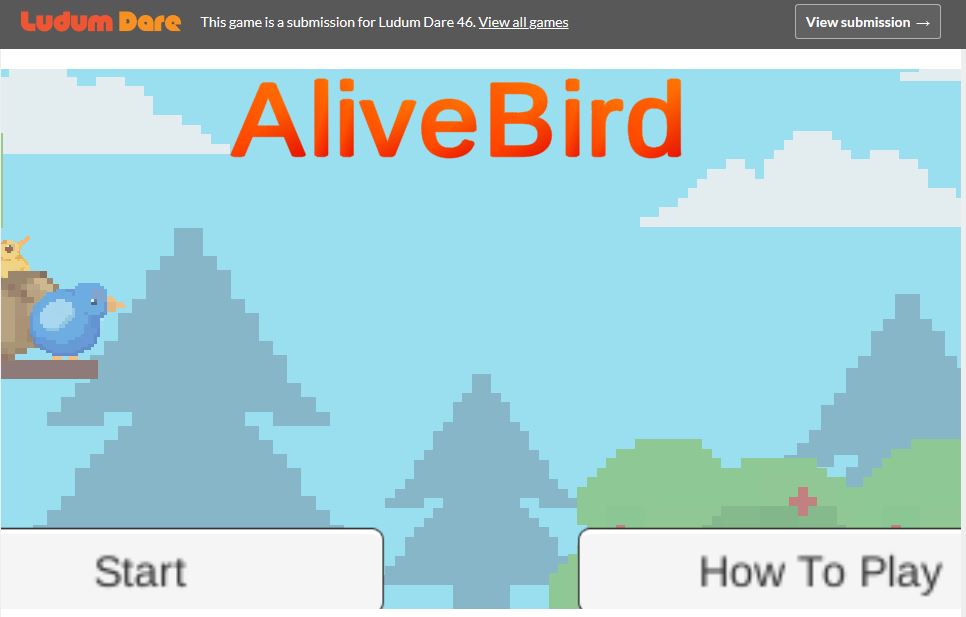