There's way more than 1000! The game is entirely procedurally generated, environments, curiosities, [REDACTED], all different on every level!

Thanks for checking the game out, glad you enjoyed it!
In the current build of the game it is not possible to reach the tower, however this will change in an update. Originally the premise was you were receiving transmissions from the tower through the radios you can occasionally find, with them becoming more clear and threatening the closer you get.
Id also love to see your video if you don't mind, thanks again!

No worries, glad you played it again! loved watching your video
id like to de-mystify some things a bit

> I totally agree on the lighting, but there is something new to aid that which I'm surprised you never found given how long you played, there's equipment you can find, keys, better flashlights, and some other stuff. Could just be RNG but there's a lot of stuff that was added to tie it in with some other projects of mine, mainly Radio Disturbance.

> The "levels" are procedurally generated of course, but as of the latest update some aspects are baked into them, such as area locations, features, events that can spawn. So some content does get locked behind certain levels. There are also special levels that can appear if you trek real far down namely partial 25.

> The faces you saw are very rare, very glad to see someone run into them, I find it hilarious that you encountered it on the one area I was hoping no one would see them though, Normally you can just get glimpses of them behind doorways.

Thanks for playing! While I don't think lost direction will be getting any new updates your feedback in the vid was invaluable, I will definitely consider it with newer projects!

Thanks! Glad you enjoyed it, double thanks for creating a video on it!

hey! its actually a bug that this occurs, theres supposed to be some special secret stuff  that happens every 25 levels, atm it soft locks the game. If you want to progress further you'll need to find an elevator on the previous level to skip the softlock.


and PS, there is no end, it is truly infinite

gotcha, its prolly because radio disturbance uses fully dynamic lighting and volumetric fog. Since its a jam game its not exactly the most optimized game.

Heyo, thanks for reaching out. The game should run fine on most setups, it is made in unreal so it will demand more of your graphics card (hence the cooler getting louder). It should not demand enough of your setup to be harmful

Thanks! ill def check out the recording, no worries on the stream problems, lots of my jam games end up being too resource intensive for lots of people, it was still fun to watch you play the other submissions!

Glad you enjoyed it, thanks for the feedback!
There actually is a tutorial, its labeled "briefing" on the main menu

thank you! theres currently a bug where rolling a dice over your characters tile softlocks the game, to avoid this throw them against the edges of the play area to bounce them, once rolled you can move them anywhere you wont until they are locked

there will be a post-jam update that fixes this and many other bugs, as well as adding new content!

Thank you! I really appreciate the support!

thanks for the feedback! since launch i believe that i have found the cause for the issues with the Ai, pushing a build towmorrow with all the fixes and some new content!

technically there is no way to win, the game is endless and will generate new floors and anomalies to suit, the win state is discovering these hidden things.
That being said, there is tons of hidden content to find and secrets to crack.

thanks for the feedback
you may need to walk through the dark in some places, the path forward may not be obvious and sometimes, in-action is best

thanks for the support! I appreciate it!

Not sure how far you made it, but there are several light sources you can find and use, you have to follow your radio to find them though.

Ill implement some hints to this, as it is not obvious to most, but not responding to a prompt is also an option. hope that helps

thanks! I assume this is the after first corpse you encounter, try running away from the enemy even before it notices you. if this is in reference to the main section afterward, follow the radio's tracker, the waves move faster and larger when looking in the direction of an objective.

thank you! Glad you're enjoying it.

Thank you! while technically there is supposed to be something special on level 25, you can continue the game by walking forward

could be that the files haven't been created yet, you can manually create them but i dont know where and what sadly.

Try searching "default" in the folder, i believe its default.ini

i might be able to add such an option for ya, but its unlikely that lost direction will get another update due to... secrets...

however in the game files there should be some config files which you can edit manually, if i remember correctly you can find them under "saved"

thanks for your feedback! try booting it up a second time, there's a menu there where you can change the settings, I've deliberately removed the main menu on your first play so that it throws you right in.

Thank you for such a thorough review! if I decide to update the game again I will definitely keep these points in mind, especially controller support! Glad you're enjoying the game!
Oh and you brought up [EXPUNGED], there's something in one of the devlog post images, don't know which levels they appear on though.

i absolutely love these ideas, idk if ill be able to get lost direction to work with them, might be good if i create more projects themed around the backrooms though!

absolutely incredible review! Thank you so much for taking the time to play and write this! Many people have been asking for some kind of hostile entity or monsters and this might just make me add them. You are right in that there is no hostile enemy, i initially didnt want to add them as the idea was to get lost and discover things, but the idea of hiding them deeper down might be a good compromise! Keep an eye out for an update, ill make sure your venture down to level 112 was worth it.

I think the bug is caused by you exiting the map somehow, thanks for letting me know! ill look into it.

Thanks for playing! while technically there's no end, there are secret puzzles, and it looks like your close to completing one of them. might have to push yet another update afterall...

Thank you! Ive watched your video and Ive published an update based on some of you feedback, Glad you enjoyed the game! 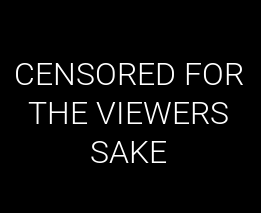 Cant wait until people figure out [X-SPONGED], that's where the real game begins

Thank you! The flashlight was intended to seem like it was in your other hand, and will move with your character and have a mind of its own. Ill definitely address this in some way if I update the game after the jam!