I'm still thinking about this one half a week later. The art and the interesting but not over-explained setting really sell it i think.

Some great food for thought. Also yeah "enchanter" is a great idea and feels way more in tone.

Hey, thanks for the excellent feedback!

- You're right that it'll feel less "rotating cast," though I've always felt like it's pretty hard to unintentionally die in Blades in the Dark anyway since you can resist rolls and just take a trauma when things get real hot. That being said death will still probably be a risk to about the same degree. No jail though :P. If you do need to rotate cast members for some reason, as the guild tiers up, more NPCs will join as "b team" members so there'll be a pool of characters to pick up and play if you want.

- My hope was that players would be adults and share unity cooperatively. I'll probably  include some lines about how you should agree as a group how unity is spent.

- Equipment is still one of the big pieces of the puzzle I'm trying to work out. I would really enjoy evoking the feeling of gear builds or acquiring Cool Magic Shit in some way, without getting too prescriptive and in-the-weeds like d&d does. It's been a tough challenge to figure out.

- I do plan on re-examining how healing works in an upbeat world full of magic. I also don't want to upset the balance of the system so I'm being a bit careful about it. As vice and overindulgence, I plan on changing up how that works at least a bit. Thematically it'll be called "unwinding" and my goal is to make it almost feel way more slice-of-lifey, maybe even something akin to a miniature game of Stewpot.

- Effect, positioning, and scale with regard to Big Things is already something I'm stumbling my way through actually. You can see it in the Mage's "Explosion!" special ability. I don't know what the answer is yet but it's on my radar for sure. That being said, I would prefer the solution to be simple and scalable. I think part of it will be just encouraging GMs look at and use encounter clocks in a particular way. I've run a few sessions of Scum & Villainy with Giant Space Monsters that worked out pretty good with clever use of clocks.

Just wanted to give my heartfelt thanks to anyone who has shown interest in this game!

...Also, it felt a little lonely with no posts here yet :P

Hi! Stewpot looks really great and I'm excited to play it with my group. Love me some slice of life fantasy.

I had a bit of a problem with the text though. I'm a former smoker and whenever I read about smoke breaks I get huuuuge cravings. To the point where I'm considering editing the PDF to change it to just "break." I of course understand that "smoke break" conjures a very specific image of the length, duration, and amount reflection you're going for.

Have you thought of any alternatives at all? "Take five" might work too and also reads grammatically like a pbta move which is fun. All that being said, I don't want to make you feel like changing it is necessary if "smoke break" is something you feel is key to the identity of the game. I don't know if there's a great solution at all (even a content warning maybe seems overboard) but I just wanted to bring it to your attention.

Either way, thanks for the lovely game!!

CPU use was pretty benign looking. I'm a goofball and I hadn't noticed the graphics detail slider so cranked that down to give it a try. That worked great. Thanks for pointing it out!

First off I'd like to say I love the idea of this game. The look and atmosphere I've seen so far are just really superb.

Sadly, the game runs pretty slow for me, I started a new game and once I get about 10km in and more big rocks and other ships show up my frame rate pretty much dips into the 10s

I'm using a Radeon RX 580, which is fairly new-ish. I have an AMD FX-8370 (4 core, 4 ghz). 16 gb RAM. I use two monitors (running the game on one) but tried unplugging one of them and no luck still. Tried running on both monitors at both 60hz and 144hz refresh rates. If there's any other system information or debugging steps that might help I'd be happy to provide.

Maybe the game isn't just that well optimized yet? If that's the case then maybe I'll wait until things are ironed out a bit. I know my CPU may has been around the block a bit and this seems like a *very* physics heavy game :P. 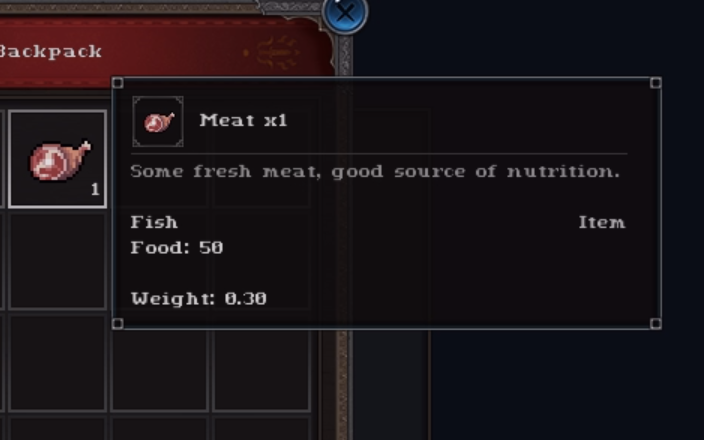 All in all I really like where this game is going! Just thought I'd provide some feedback from my first impressions of the game. Most of this is kind of mundane usability and bug stuff but hey sometimes it's hard to notice these things when you're close to the project so I figured I'd list them out.

Thanks for opening up the game! Looking forward to future developments.

Wow thanks for the quick reply! I'll keep an eye out g'ho ho ho

Hi, I'm colorblind and can't tell the difference between the yellow (noticed, enemy looking) and green (in sight) sight colors.  Is there a chance a colorblind option could be introduced? A more bluish green would help a ton, or even just straight up blue (think opposing sides on the color wheel). Even something like making the two colors contrast more would help. On an HSV scale both colors have almost identical saturation and value, which means there's only hue to tell the difference, which makes things tough for us colorblind folks.

Looks like a great game and I've been eyeing it for a while, but I probably won't be playing more than the demo unless I can better see the difference in color sadly.

Lovely, thank you! And sure I'll join in a little while.

Hi! Loving the game so far, it's really great. Especially the spell system.

I was wondering though, I mostly play roguelikes on my laptop which does not have a numpad. Is there an easy way to move diagonally on the keyboard? Or maybe a way to remap keys? I know about "/move nw" etc but it would be nice to just use vi keys or something.

Great game either way, thanks for making it!