Thanks for the info.
I did read the book, but thought that "full wolf" is an actual large wolf and the "mix" is like a Worgen from WoW (with 1 set of wolf ears).

I've completed Lyell's route and I can't help but wonder why werewolves have two pairs of ears, wolf and human, simultaneously?

Also, +1 to proofreading. While I understood that "weather" meant "whether" 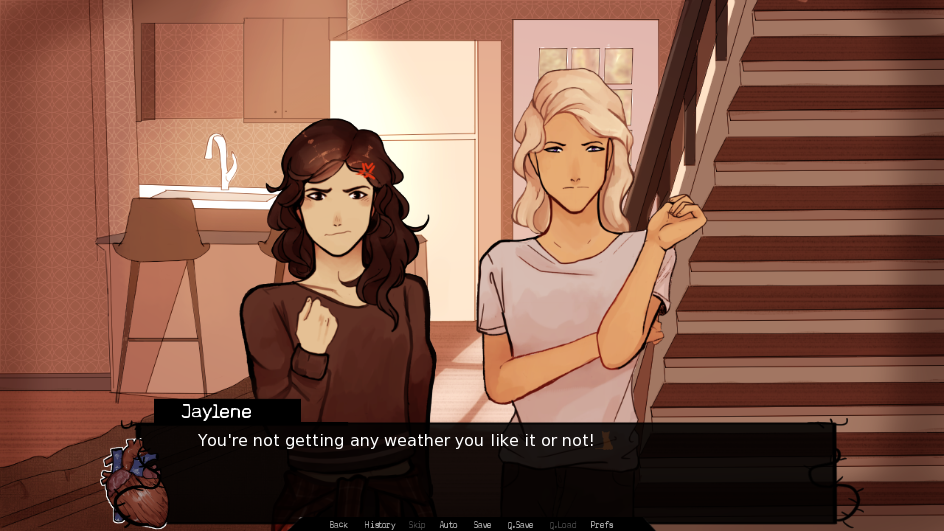 or "residence" was "riddance" 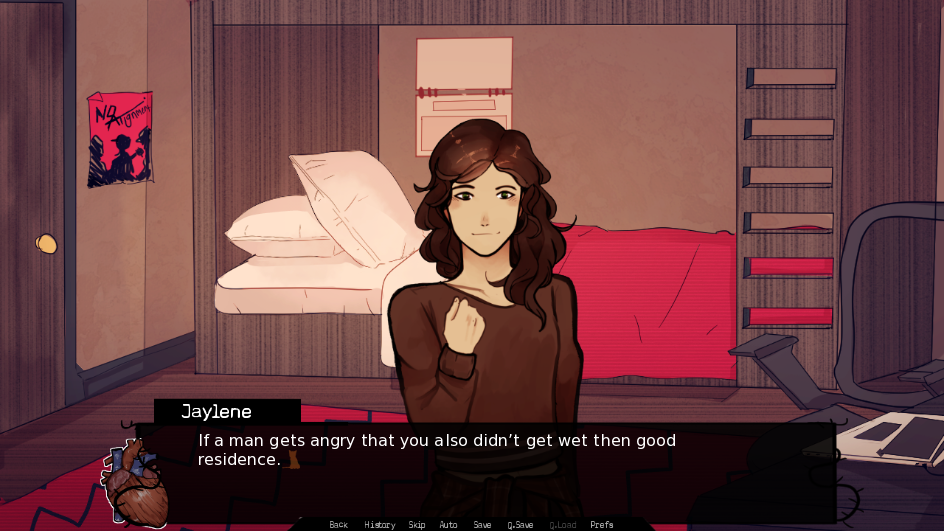 it was still quite distracting.

Otherwise, it was an interesting VN with nice art.

I've just completed the game on Steam (and read the  Developer Commentary Book) and wanted to say that this game is brilliant. The dev had a lot of courage to release something not cis/heteronormative, not dumb or empty (I can't find better words), but fierce, hopeful and passionate.

Though, I also laughed out loud for 15 minutes straight after reaching Randal's special ending, since it was so awfully similar to a certain scene from an RPG I've played (not VtMB). It was a very refreshing take and I truly appreciate it.

And that the NSFW scenes are neither mandatory nor they are the reward is nice.

Thank you for making this VN.

One bug that I have encountered - in the reading room, if the word entered is capitalized, it is not recognized correctly.

Thank you for the answer.

Firstly, I thank you for adding As We Know It to the Bundle for Racial Justice and Equality.

I have completed one route (got the "Gone" ending) and would like to provide feedback (just in case, it is absolutely subjective). Spoilers.

The stats. All of them become visible only after completing the game. I'd prefer if the stats, stat checks and events (like the flowchart in the guide, but with dates) were visible from the start.
The main choice. I appreciate the opportunity to change it.
The story. The MC did not seem to affect the outcome anyhow, just hanging around and doing nothing. While getting laid is a worthy goal, for the MC it was the only goal. Which brings the second point..
The "routes". The MC's profession affects the ending less than the chosen "romance option" and it seemed impossible to not romance anyone. I have not checked, if the RO always ends up on the opposite side of the main choice, but it was impossible to ditch them, if they do.
In general, the MC does not actively support the mayor or the rebels and it somehow defeats the point of being the main character. If I may compare it to another VN, in Arcade Spirits the MC can set their goal to bring prosperity and fame to their arcade and exact bloodless vengeance upon their rival and romance is completely optional, if not discouraged. Same for Coming Out On Top (the main goal being graduation).

Any chance for the OST to be available on Steam?

Thank you for the reply.

Is it possible to rebind the controls to something like WASD for movement and IJKL for actions? If not, will it be in the full game?

It is a very touching VN and I look forward to the full version.
(preferably, on GOG or Steam as well as Itch.io).

Thank you for the information.

When the final version will be released? Will it be available on Steam?

I like the game (Diya's POV, "I can't hear it, so I just gonna nod along", was kind of relatable), but mentioning that it's a kinetic VN would be nice.

Great sound effects and graphic style, by the way.

Played on Steam, came here to say that the game was quite interesting. The story reminded me of  Ragnarok Online and (less) DnD.

Any chance for the other Magical Otoges (I had to google this word after I completed the game to find out that I wasn't the target audience) to appear on Steam? With achievements and "Coffee for the author" DLC (i.e. donations)? Or VNs in different genres (without romance)?

Edit. I meant to say that I liked the game and look forward to your next VN.