alright got it, sounds good, will try with new stuff and hope everything goes well, thank you for replying

I did some game assets and are available to download , some free and some are paid, I have noticed one didnt got Indexed even after 8 days , was probably because I had it in draft mode for some days, like more than a week, make sure to put them public right away instead of doing that, I dont know if should I erase my page and re created , since admins cant be contact , email doesnt do anything, for anyone having smilar issue, I can only guess is because of that

decided to  push 8x8 pixel art at best as I can do, creating game material most fitted for sidescrolling,  trying to keep it readable and clean, not only environment but also characters and creatures. It is colorful and fantasy related, probably medieval with characters like adventure kids, wearing a cap, a wizard like wearing  a cone in its head, even a big bones warrior, fighting agains giant mosquito, frogs, ghost, skeletons and all that cool stuff.
Started the project a few days ago, the environment needs to be very pleasant to look at and animations are looking good and funny since characters are around 8x8 px aswell.
Will keep updating in a few days, this will work better if people gets involve into talking what kind of tiny characters with their animations they want to see and use in their project, from jumping to reach the coin to getting it more complex like crawl into tiny spaces, fish inside a cave with a scubba diving suit, release a haunted ghost from an abandoned mine, I'm creating the world based on ideas like this, maybe with more content the concept will take shape.

if anyone likes the idea and would like to support it, I have already uploaded the environment tiles (more material WIP), no rushed work by any means, all premium quality as best as my brain can do :]

thanks for reading and stay close for new updates. 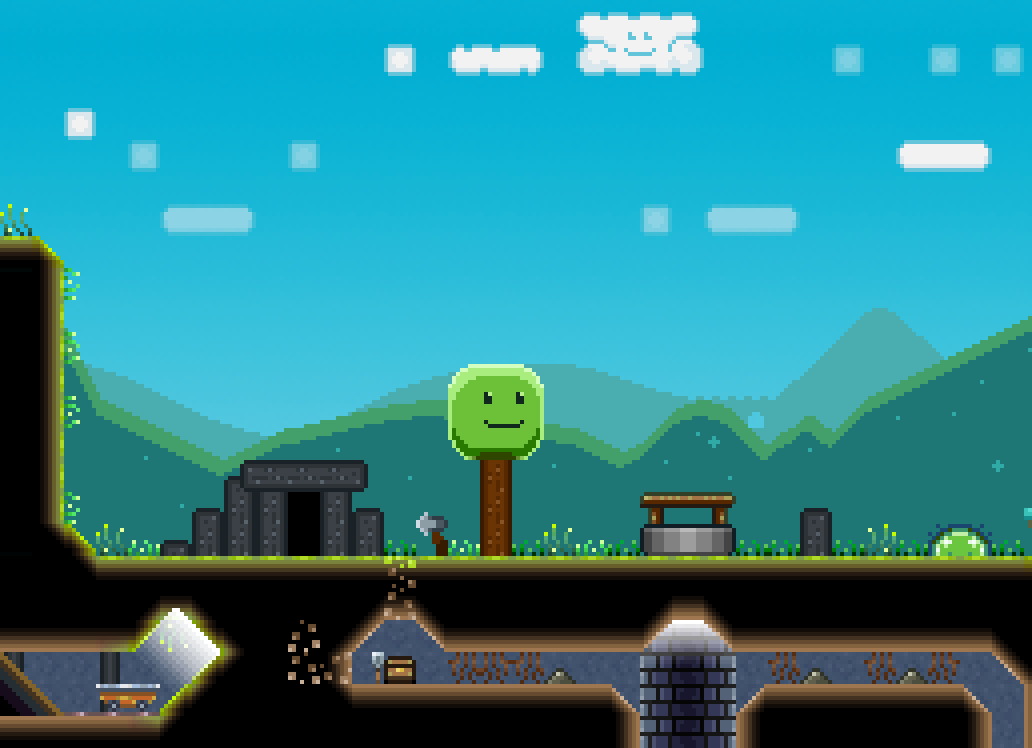 Hello everyone, I started creating  pixel artwork  assets, intended to be used in a 3d space, using 16x16 pixels per texture, trying to keep it simple and nice to look at, giving the feeling or nostalgia from nes games, like mario world. Only the environment for now, no characters or monsters.
The style is not fully set, but something like minecraft with a bit more detailed shapes, keeping it squared and pixel looking,
*There is a castle set, using planes and merging them to reuse pixel information as much as possible, using a 64x64 pixels, 16 textures total, decided to go with medieval theme (texture will be touched up later on)
*Project was built inside maya, but exported as obj or fbx files for accesing the meshes in other programs, it does require some basic 3d skills to be able to manipulate the models, to merge, split and combine the vertices for smoother transition. (3d simple shapes)
*tileable 16x16 pixel textures (using cubes and similar shapes, low poly style for next objects)
*grass, sand, dirt, water and wood (wip more variation)
*later on, if asset library gets big enough, will use the asses inside Unreal Engine 4 to create a basic walking and interacting simulation, then build up from there.

Textures can also be used in 2d projects, since there is no specific thing to work on, I'll focus on creating more assets that fit right in this style.
Sharing it with everybody that may find this assets useful.

Will update when new stuff gets done , thanks for reading. 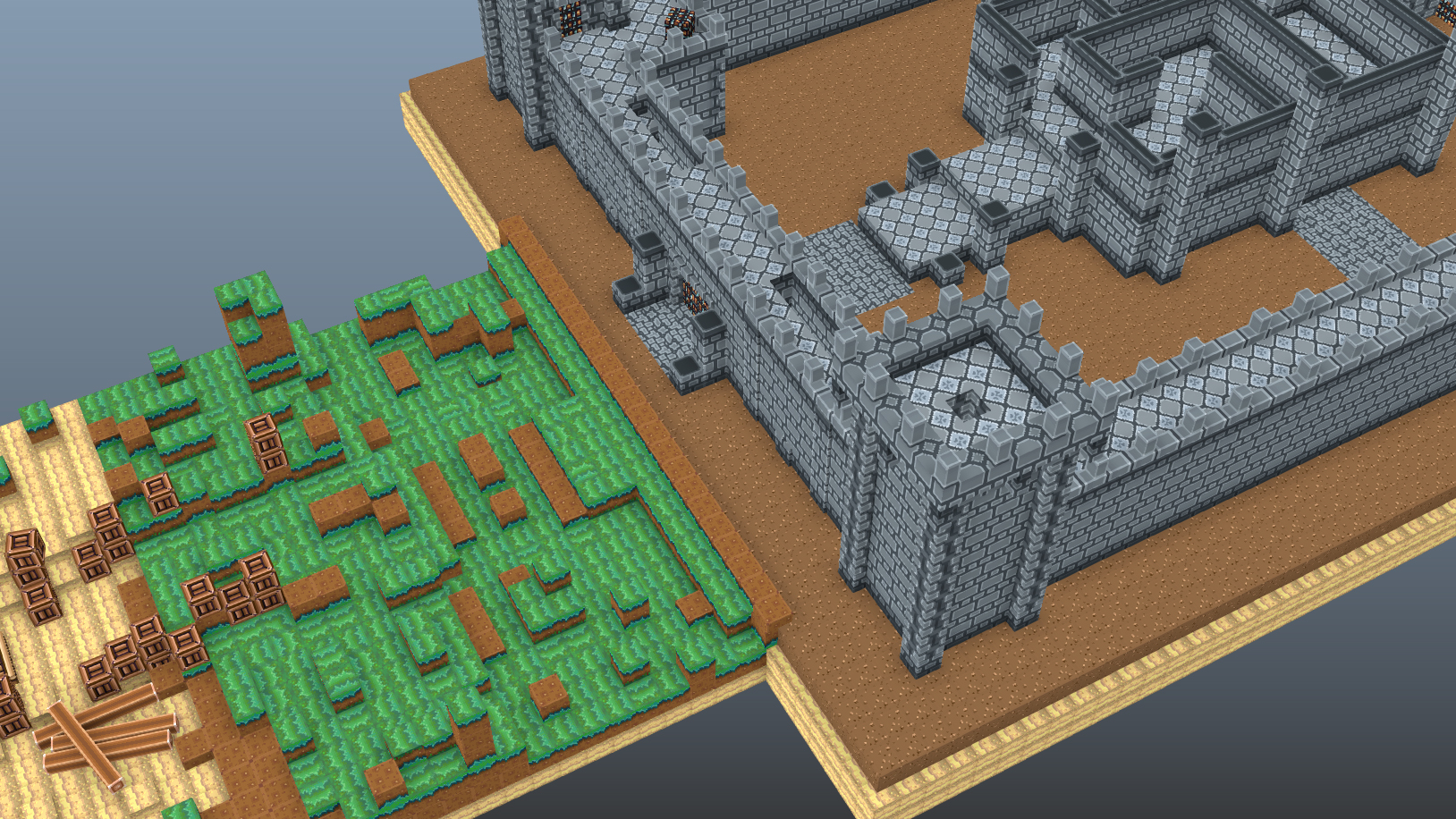