Thank you so much!  Celine did an amazing job with the art, I really think it brought it all together in an adorable way. :D

Thank you so much for playing it!!  There is a point to pooping; it takes the human the longest to clean up poop, so it's useful more in concept than in actual practice, haha.  The game definitely turned out easier than we thought it would be, but we ended up okay with that because it's just fun to run around as a chubby dog.  Those are great ideas if we ever wanted to push it to a longer version, thanks so much for your suggestions!

Thank you so much for playing it, it was really fun to watch your stream!

This is so stinking cute, you all did an amazing job!!

I finally, freaking finally, finished my first tile set.  I've been doing pixel art for a while now, but working on a tile set is an entirely different beast.  I use a set very similar to this for rapid fire prototyping, and I thought I could start working on converting it to get a tile set up for other devs to use.

I kept it small with a limited palette / retro feel for my first round, and I'm glad I did.  I'm really happy with it and I'm proud to put it up for sale, but it's my first one, so if there are bugs, I want to hear them!!

I'm also all ears for tips and feedback!  I want to keep making more and growing as a pixel artist, so any and all suggestions are always welcome! 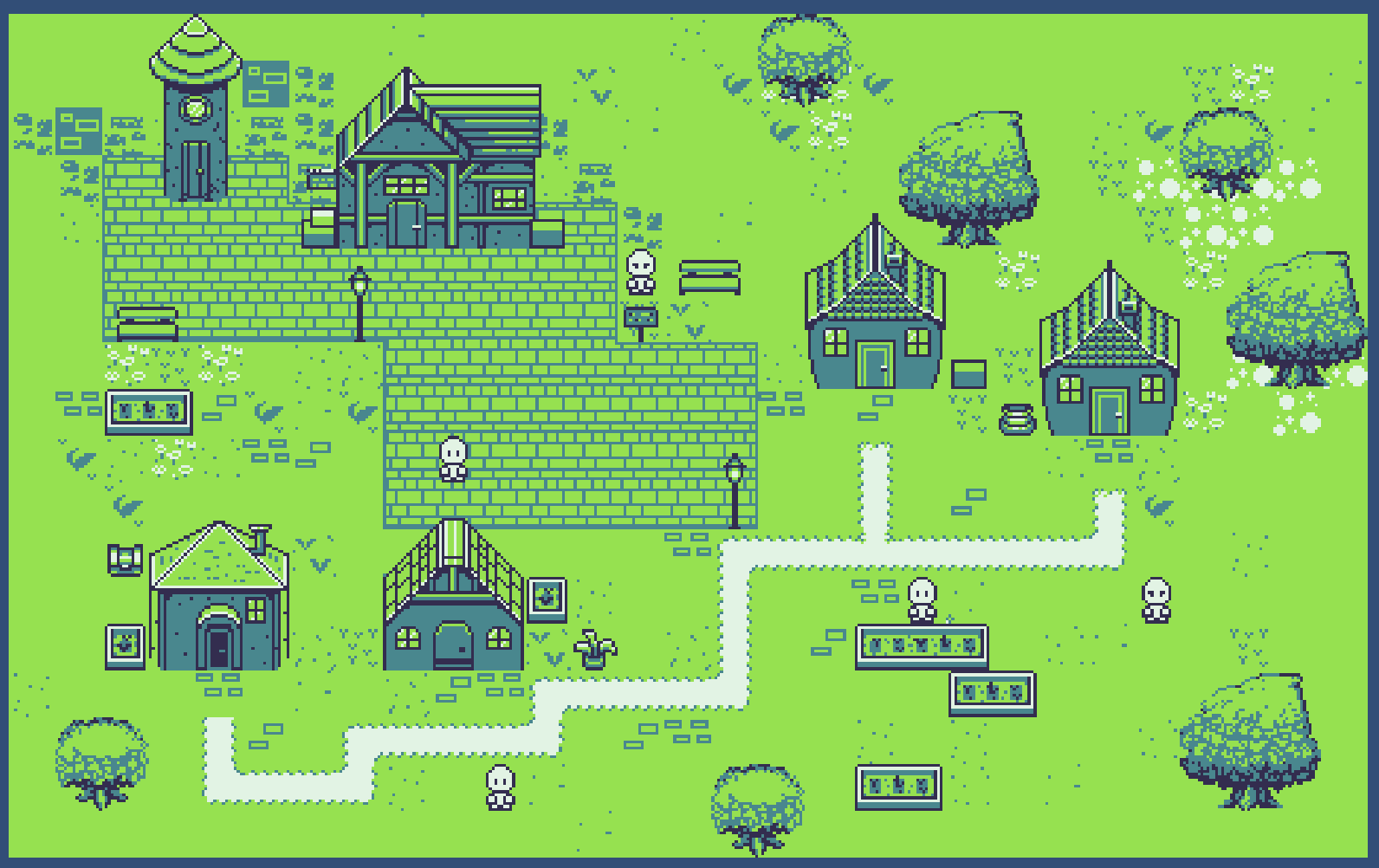 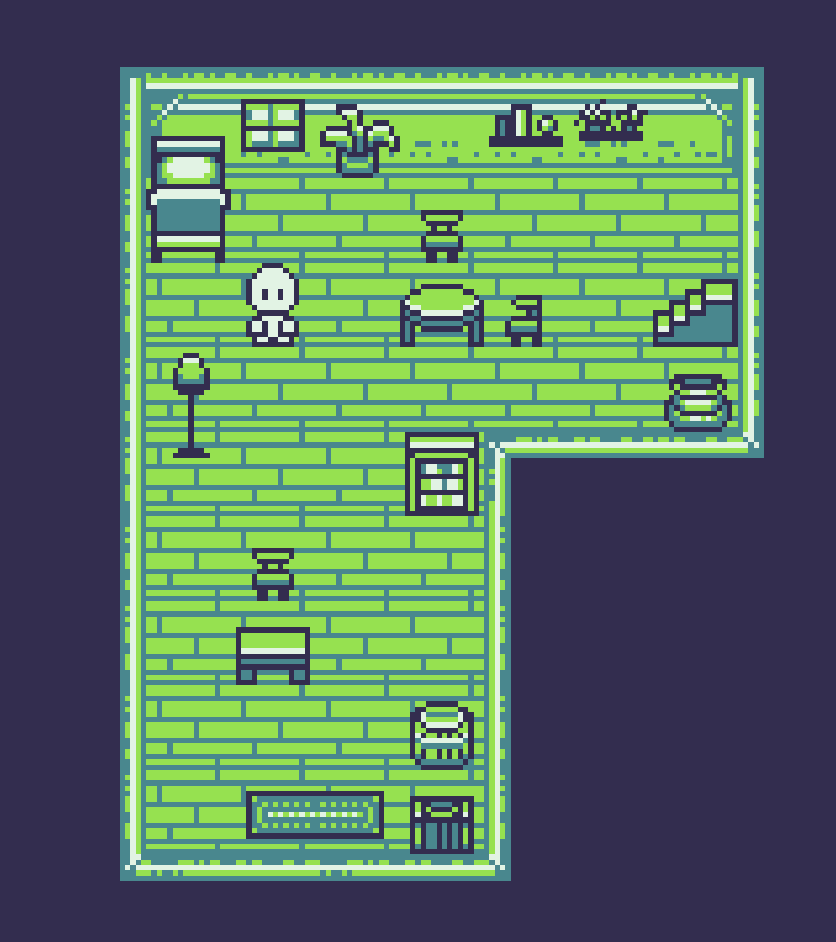 This artwork is beautiful!  I'm so excited for the story that's developing, I can't wait to see how far you get this weekend!

Thanks so much for the feedback!  It means a lot that you like the graphics and the story; I put a lot of heart into it there, and while I ultimately regret not focusing on the gameplay first, I'm happy with how everything else came out.

I absolutely agree with both of the problems you mentioned.  The platforming issues were a problem for me throughout, and I've definitely got to keep working on cleaning them up more.  I eventually got them to be functional (the state the game was in when I uploaded it), but to make things more functional and fun, they need to be smoother.  I actually did have time coloration planned for the entire screen when a time zone was entered, but I couldn't get it to work well with my trigger set up.  In my quick tests, the player would cross one of the barriers and that color would lay over the entire screen at a very low opacity, so you could tell what kind of time you were in.  Ultimately it didn't make it in for this deadline, but it's something I really want to work on, or at the very least update so it's more clear to the player.

Thank you so much for taking the time to play it and to leave feedback, it really means a lot!  I was pretty intimidated when I saw the rest of the games that got submitted, so it's really cool to get to hear what you thought. :D

I'm glad you like the art!  I definitely agree on the controls; I really want to work on refining it so it feels more like a platform, but I was having a tricky time polishing up the jump as I started to run out of time.  It's definitely the top thing on my redo list while I keep working on this game.

It's interesting to hear that the fireball didn't always travel for you; that's not a bug I noticed when I was playing, so it's good to know that it happened!  I'll definitely look into it and make sure to get that smoothed out.

Thank you for playing it, and for the feedback!  I really appreciate it.  I want to keep cleaning this up and messing around in it, so it's good to hear what you thought!

Thank you so much!!  I did not make the music actually, I got it from the Unity store.  I listed the artist in the description of the game, so definitely go check them out if you like it--it's a really solid pack and I love using the tracks!

That's really fun!!  I'll have to go download it and check it out!

Thanks for letting me know!!  Apparently with the new Unity, the UnityPlayer.dll has to be included in the download to play it.  I haven't exported a build since I updated to this latest version, so that was a fun surprise.  It's all fixed now; I added the UnityPlayer to the zip, so it should work just fine!