Thanks! Made those changes but I did add a box around all the basic moves just to make sure that it's a little clearer which is why I did it in the colour. I may play around with another layout format and see if people like that better or if they prefer this one.

This is perhaps my most favourite science fiction game right now. It's got the Star Trek feel that I'm looking for when I want this kind of game.

1. It encourage collaboration. You're always working together, and talking about what you're going to do help you plan to do the thing. Benefits for sitting down and planning it out is great.

2. Some of the best captain mechanics ever. The game gets that the captain chair isn't about yelling at people what to do, it's providing support and making the final decision when you need to make one. You have the ability to give people support, and people get bonuses if they follow through on something you tell them to do. That means if you plan, and then follow through you get more bonuses.

3. Technobable bonus. Like do you need any further elaboration on it.

But the spirit of the game is fantastic. When we've played it we've literally had moments that could have (and would have) turned into a fire fight and we were like "wait, how do we solve this without shooting our way out of it."

If you want a space faring exploration game that's still kind of got that shine of we're trying to understand and make the world a better place then you should get this game, right now.

No worries. Also direct questions are easier to answer. ^_^

This is something we did clean up from the Ashcan but it wasn't a wholesale change so that's why I didn't think to include it.

When you place clues to the mystery there is a move for that and it's a basic move called Putting It All Together.

What I did was clean up the language on what happens when you get a 7-9 or a 6-. Before the language only made sense if you had a GM where now we talk about how the other people put it on a suspect that will impact the character the most.

If the ashcan didn't fit your needs then the full version probably won't either.

How you build the mystery is something that hasn't changed between versions. The biggest addition to that was the TPG Clue Chart where it can help you create clues that don't necessarily make sense out the gate but can be interesting as you play.

There's an essay on ACAB. There's suggestions on how to play collaboratively better with some tools and conversations... it's got a better section on RPG safety and we added another layer of mystery but if how the mysteries were created weren't your jam then this probably won't be either.

Sure! I got that covered in the first Devlog.

Let me know if you have other questions about it.

We're happy to announce that the full version of We Used to Be Friends is now available!  You can check it out by going to the game's page: https://firestormink.itch.io/we-used-to-be-friends-full

What is this game about?

We Used to Be Friends is a collaborative teenage detective drama game that's Powered by the Apocalypse. What does that mean?

Collaborative means that there isn't any one person whose job it is to direct the game. You all work on it together, and since it's a detective game you'll uncover the clues and the mystery as you play the game.

Teenage drama game is exactly what it sounds like. All the characters are in highschool, and dealing with all the emotions, relationships, friendships, breakups that come with that. Even the design of the book is meant to evoke a yearbook feel.

Because it's a Powered by the Apocalypse game, that means it's got a streamlined character creation system and a straightforward way to tell how you succeed and the outcomes from that. 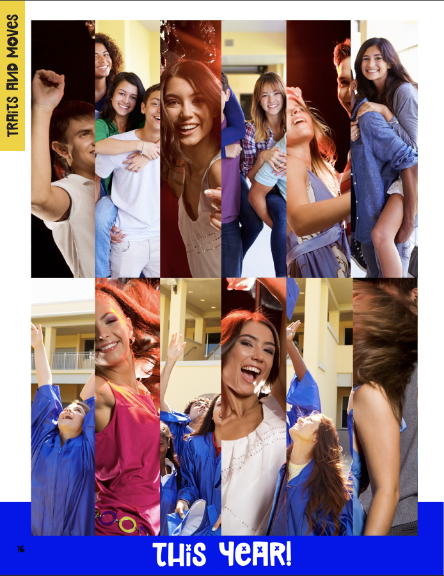 What's in this version?

What is still coming?

Thanks! I mean there's still a lot of work to do but it's nice to have that feel like it's finally in a good spot.

No worries! I ended up doing some of that work! Check out the updated 3.1 doc and I've added a 6th character, and a place for the Basic Moves so you can link and a few other things!

No apologies needed! This was amazing and I had fun going through and figuring out how to futz around with it! ^_^

Also replying here in case I made a mistake and it doesn't ping you when I sent the other link. ^_^

Shhhhh ... I copied to sheet and then added some stuff.

Couldn't figure out how to get the BFF mode to change but ... anyway added bits of the Ingenue and the Libertine. ^_^

That doc is amazing.

Hopefully the game was fun!

The clue chart is in the final version of the game. I'm getting there so hopefully we can have it be seen by everyone. Tim did a fantastic job with it.

The easiest way is actually understand it's another mystery.  You build it like another mystery but ask every player how it is tied to their character.

Yup! The update log is mostly to keep people aware of what's going on with the revisions. If you got it with the bundle, you have to download it from the bundle page apparently.

I know because I just tested it out with something else in the bundle and it didn't let me download from the page.

Go to My Library and on the left hand side click on my purchases.

At the top, there's an option for Bundles, click on that.

You should see the Bundle for Racial Justice and Equality

Click on that, and it will bring you to the list but it should have a search feature.

Search We Used To Be Friends and the download button is there. I think you need to "claim" the download before it becomes something you can just see on the page moving forward.

Though I guess I could have also led with Remember the Tritons but ... c'est la vie. ^_^

Thank you so much for the review!

Yeah, the Libertine is such a good time. Seriously, I tend to stick between the Libertine and the Ingenue when I play because that's me. ^_^

You define what the clue is when you get it, both as what it is and where it goes (personal v. episode), but you define the context when you place it.

Hey! Yeah, one of the things I did notice afterwards was that we cut things down to try to fit work count but probably shouldn't have.

I've gone back over the text, as you may be seeing, and making sure this is super defined but here's the quick version of it.

Hopefully that answers the question.

Hopefully you can! If it helps, because it's collaborative, I've had good games with 3 people playing.

It doesn’t have a GM, so really you can play with 2+ but I really recommend anything from 3-6 being optimal. Just gives people enough time to get some spotlight and some mystery stuff happening.

Working the final version of the game, and part of that is giving more help with mysteries and cleaning up Friendship moves too!