It’s MV, but I’ve changed a couple of settings and used some add-ons.

Don’t worry, it’s only a demo so far and doesn’t get even close to “the incident” yet!

Hello. I do sell the game as a discounted bubdle regularly, but I’m happy to add a “Complete Series” page too.

Edit: I've made a bundle package that you can find on my page.

Set for a Steam release on July 23rd pending Valve approval! I've tested it and it works so it should be a smooth process.

Fantastic demo. It’s very authentic to the era, but has its own originality that keeps it fresh. I’m very excited to see the full game released. I’m a game developer too and I’ve often toyed with the idea of making my own 3D survival horror in this style so you serve as great inspiration for that. Any advice you can share?

I intend to, but my personal life has been very busy lately. I promise I’ll get it done.

Thanks! Set in the same world as my other game, Tale of Enki: Pilgrimage.

Noted! I’ll get that set up shortly, thanks.

It should be fixed now and it shouldn't have messed with any save games you have :)

At the safe? I thought I’d fixed it with the latest version, but I may have missed that too. I’ll get that checked out and uploaded within the next few hours. Apologies about that!

Hi there. Apologies about that! I think it may have been a leftover from when I was experimenting with Steam achievements. I'll get that fixed and reupload.

Hope you enjoy it!

You're very welcome! I was in the chat for the stream.

I hope you're ready to be scared as you delve deeper into the Azurael mystery in the penultimate chapter of the acclaimed horror series.

Azurael's Circle: Chapter 4 is the latest release in the Azurael's Circle franchise, a horror/adventure series that's received nearly universal acclaim on Steam. Explore your seemingly abandoned neighbourhood as Ryan Lynch, solve puzzles and discover the connections the missing people have to the demonic enetiry known as Azurael.

I'm a week late posting this announcement, but I had a trip planned so I wanted to wait until I got back to not only drum up some interest here, but also to announce that Chapter 2-4 have been reduced from $5.97 down to €0.50 for a single week and that offer is only available on itch.io. Chapter 1 is already entirely free so that means that for $0.50 you get around 8-10 hours of gameplay across all four chapters.

Chapters 4 is coming to Steam next week so you'll be getting it not only cheaper, but ahead of the wider release. 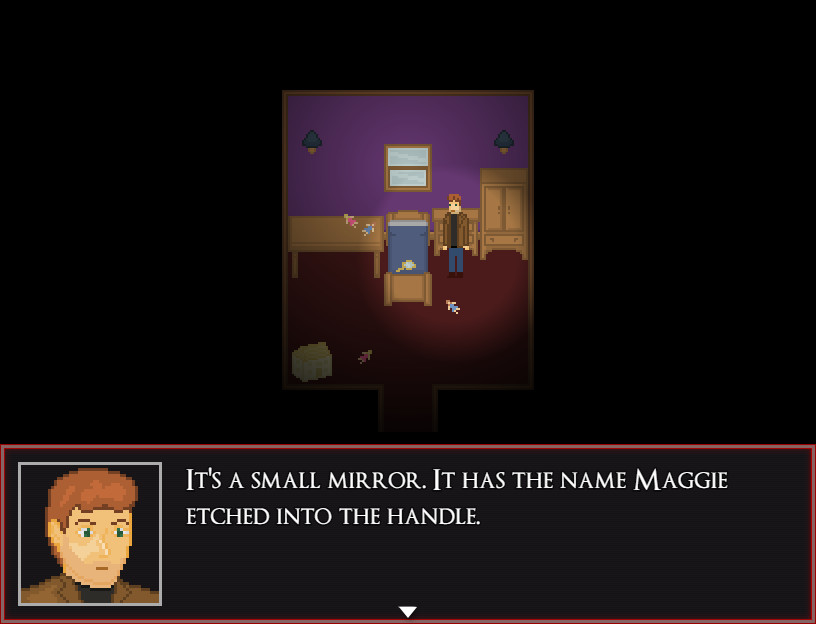 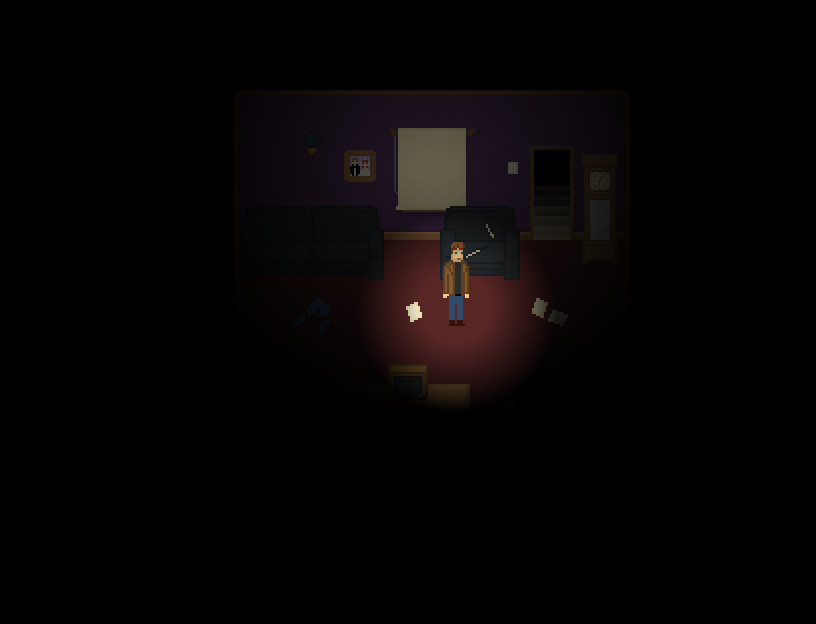 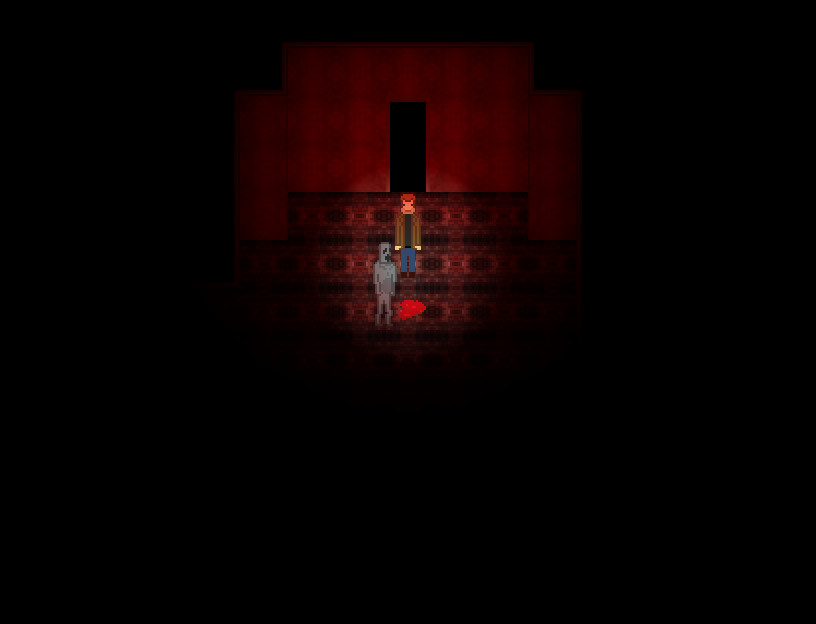 There are mandatory waiting periods on Steam and I'll be away on the week of the 10th of September (when it can be launched) so I can't oversee any issues that may arise.

If anybody buys it on itch before the Steam release then they can feel free to mail me and I'll sort them out with a Steam key upon release.

There's a note in one of the early rooms that talks about security and has a few numbers mentioned ;)

You got that video out very quickly, haha. Hope you enjoyed it and found it at least a bit scary. You seemed to have very little trouble getting through it except for maybe the Key to the Upper Hall. Nice job!

Very cool new addition. I'll definitely be making use of this.

Thanks for the response, Leaf.

I know what you mean. Putting your eggs in one basket won't work out, it's good to have a spread out way of coverage. I still think it may be worth considering even if it isn't an immediate priority.

Cheers for the advice and keep up the great work with the site!

Please check out our latest release, Ender Story: Chapter 1. It's a retro-influenced RPG inspired by classics like Final Fantasy and Dragon Quest.

If you're at all familiar with the Flash scene from a couple of years, then you might notice this is in fact an expanded and fully remade version of my most successful game of the same name. It managed to garner over 250,000 plays over the past 3 years and it's now finally being continued in a much higher quality manner. 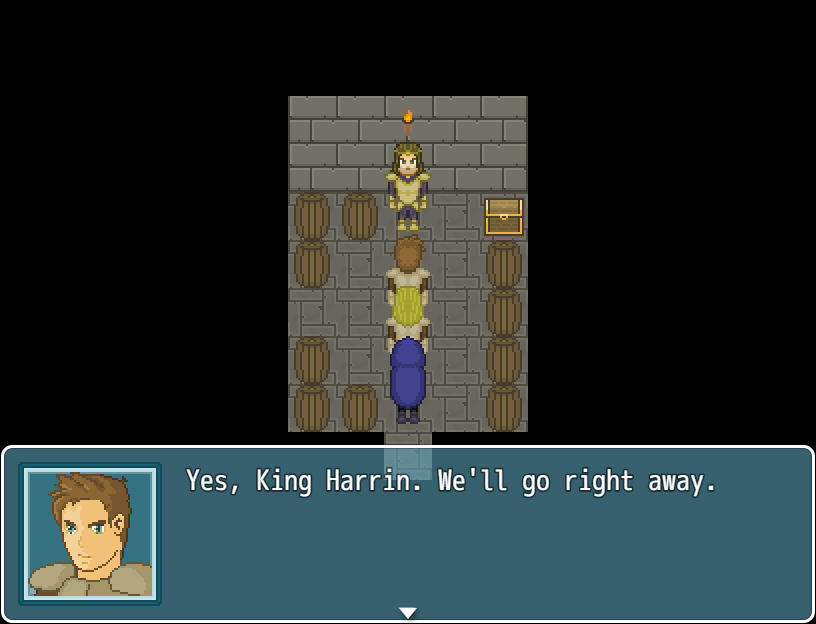 Hi all, I just wanted to ask a question about the delay paid games receive on becoming listed until they're manually checked. My game got through this period this morning after around a day and a half of not being in searched or in the recently added. Unfortunately by this time my game appeared quite far down the recently added section and I've likely missed out a lot of potential players because I know quite a few check for recently uploaded games to find something to play.

My question is regarding whether or not this is meant to happen? I've been keeping an eye out and noticed a few paid games appear quite high up the list of recently added games.