Where does Smash go from Ultimate? Branching out into furry vns of course

I think the problem I have with the MC is that, even though it's fine to have him be patient, intelligent and generally knowledgeable, after some time he comes across as too perfect. He always knows exactly what to say at the exact right time and never makes any missteps, at times he sounds more like a highly trained therapist than a nobody who's been travelling for an unknown amount of time (which makes the prospect of romance with Asterion a tad awkward too, am I his lover or his therapist?). For example, take the scene where Asterion is trying to convince the MC to stop giving him hope for a better future and start treating him more like the prisoner he is. It's a very difficult situation to be in, if it were me I'd probably lose my cool and snap at him. But the MC manages to handle the situation in the best way conceivably possible.

Rather than customizing his character entirely, I'd like more options for him to not necessarily say the right things at the right time, let him be a little more imperfect, tread on peoples toes occasionally.  I deceived Asterion into wearing the loincloth, it wasn't the right thing to do. Make more options like this, even going down the romantic route.

I did think Altan was something of an optimistic outcome of how a Mongolian father would react to having a gay son. Nothing wrong with a bit of optimism and hope in a dreary world though. And indeed, the game is not finished yet, hmm...

So I just finished Khenbish's route. Before this build I went with Themba, and never tried out Khenbish at all, so it was good to see him with a  fresh perspective. He's quickly become one of my favourite characters. He has a heart of gold, I wanted him to grow as a person and I guess you could say he's a real "protagonist". Having said that, I felt his route had a real melancholy to it, and was a little anticlimactic maybe? He begins the route feeling lonely, confused and carrying lots of weight on his shoulders, by the end he's less confused, less burdened, but still lonely. I felt sad for him during the drinking game because it's evident he really wants to drink to these questions. Even his scene with Tuan felt sad because, important as it was for his growth, it was still a fictional account of an intimacy he wishes he had. I wanted the end of his route to be a little more hopeful towards his relationship status, I really hope he can find someone to call his own,

Finally, I'm curious as to the kind of research that went into making this route. I read somewhere the devs had a friend from Mongolia whom they used as a point of reference for Khenbish and his story, is that true? I know very little about how homosexuality is perceived in Monoglia and this route had me curious to learn more.

I love that pensive, off-screen glance that he does 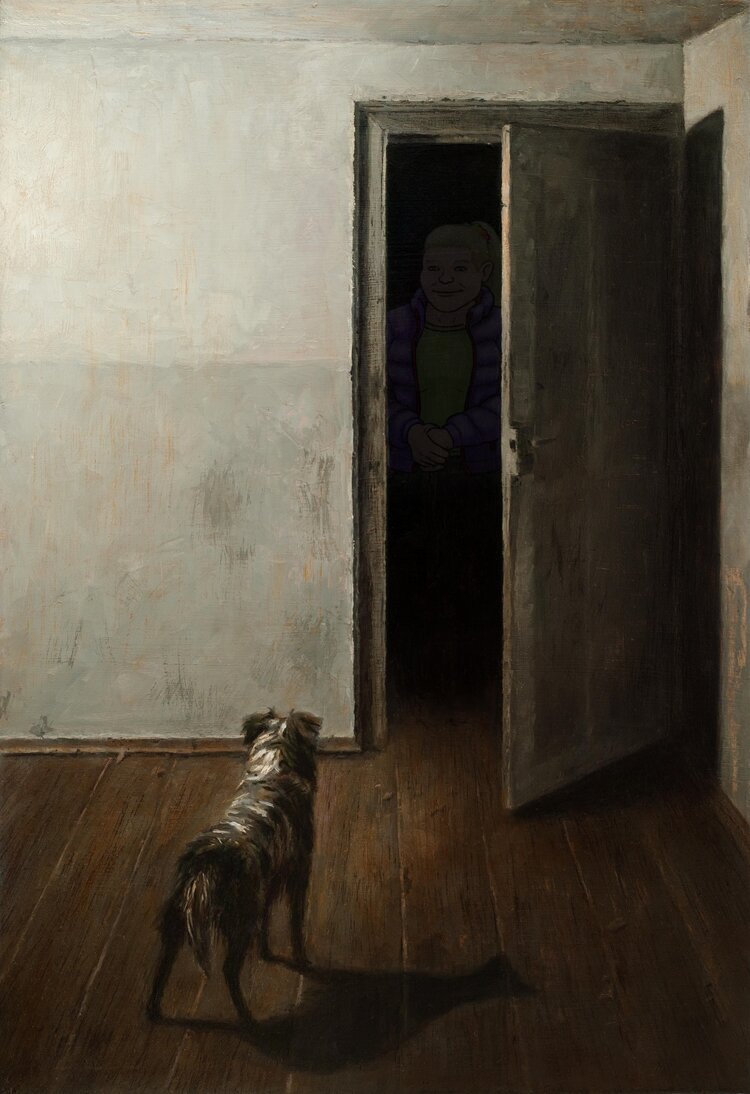 POV: You've finally found a way to free Asterion from the labyrinth, and you're about to go explore the world with him 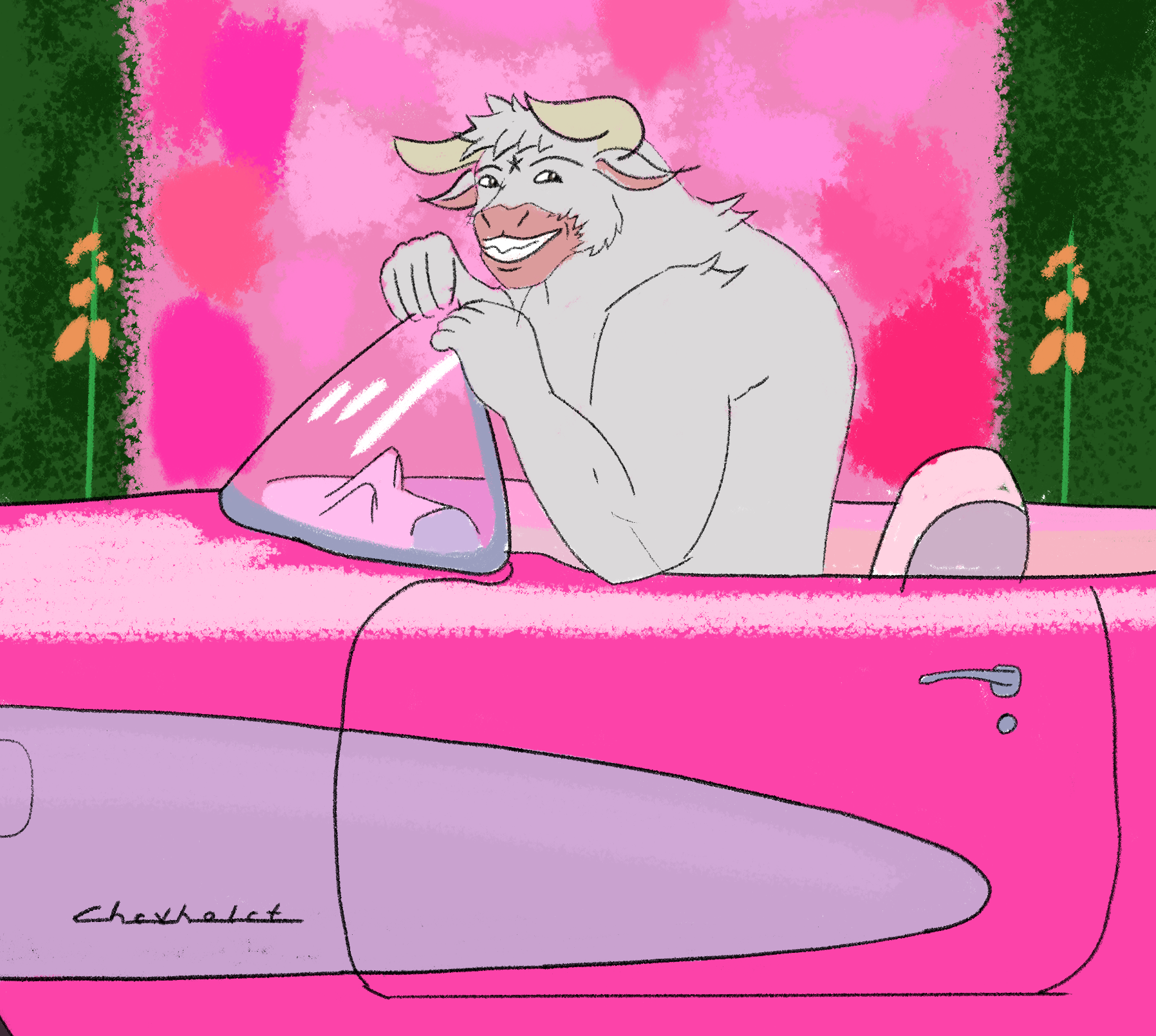 He's a beloved cultural icon for a reason 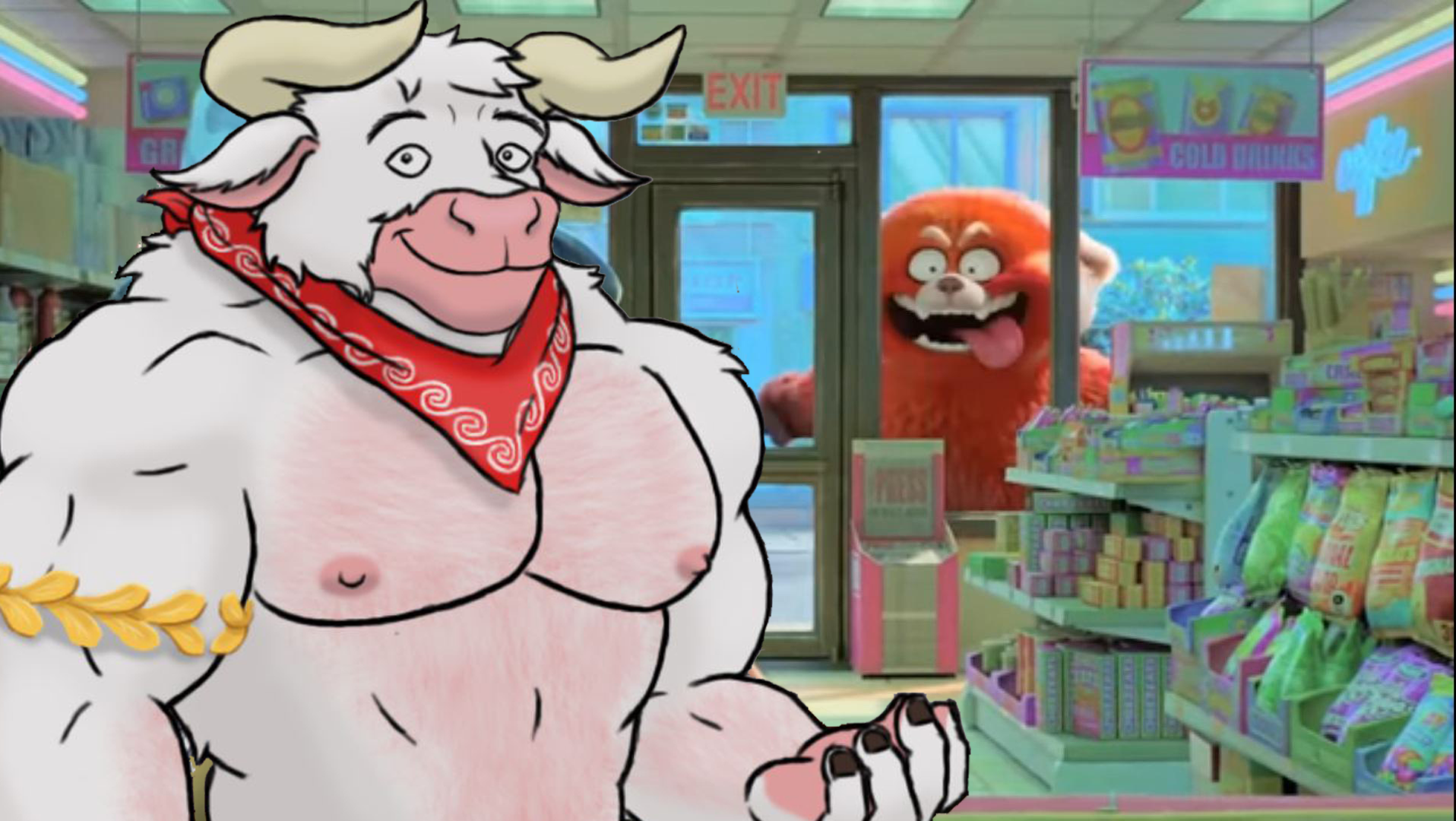 Was hoping someone would make the first one

Hey guys, just played the game for the first time and got to the end of the build, wanted to share my thoughts (forgive me if I touch on stuff already discussed to death by the community since I'm new here). I went along the main route so a lot of what I talk about is exclusively regarding that route.

First of all, this is actually my first VN (excluding Doki Doki Literature Club which is more of a parody VN). I first noticed it when browsing Nanoff's twitter (I really got into the Boomer/Zoomer/Miles shorts), and was a little skeptical of it since VNs aren't normally my thing. I tried it out anyway, expecting something frivolous and comical, and needless to say I was not prepared for the journey ahead. I came for sexy cows, but I became completely enraptured by the multi-generational storytelling, rich characters and the hypnotic musical scores.

My main takeaway from Minotaur Hotel is that it's a story about breaking shackles, both contract-related and mental. It's a compelling experience, watching Asterions upward climb out of his own pit of despair and slowly but surely turn from a skeletal wretch to a man. I'll admit

The hinterlands 3 segment I found both engrossing and jarring at the same time. As I progressed, I wanted to get back to the main plot thread, then after more progression still I found I wanted P and Storms storyline to take precedent. I loved both of these characters, the way Storm, despite being mistreated his entire life, manages to show humanity towards P. And how P in turn, despite , is able to show humanity toward Storm. I also liked the surreal, noir-ish quality this story thread had. It made me think of Twin Peaks (detective work in a small remote area with strange things happening, sound familiar?). Contrary to a lot of fan-art I've seen, I can't see them as a couple. They're more like a mentor and a student.

If I had to list a few cons, I think the stories portrayal of physical and psychological abuse seems rather optimistic (in regards to the main route). Even though the story was so compelling I found I could ignore it, it's a bit of a stretch to assume that someone who's

I was also a little confused about the nature of the

Despite the aforementioned comments, I had a great time all in all. This was an incredible piece of storytelling, and I'm happy to wait as long as it takes for the devs to polish the remainder of the content to the best standard it can be. (Oh, one more very minor nitpick, I think Asterion should