Ooh, would you consider making more of these effects and selling some in packs?  These look amazing

Hi! I've been using these for a while and love the pixel style. Are you planning on releasing another pack like this sometime in the future? I wouldn't mind buying more of these :0

It works now! Thank you!

Hmm, still seems to be missing something. Nothing seems to have changed 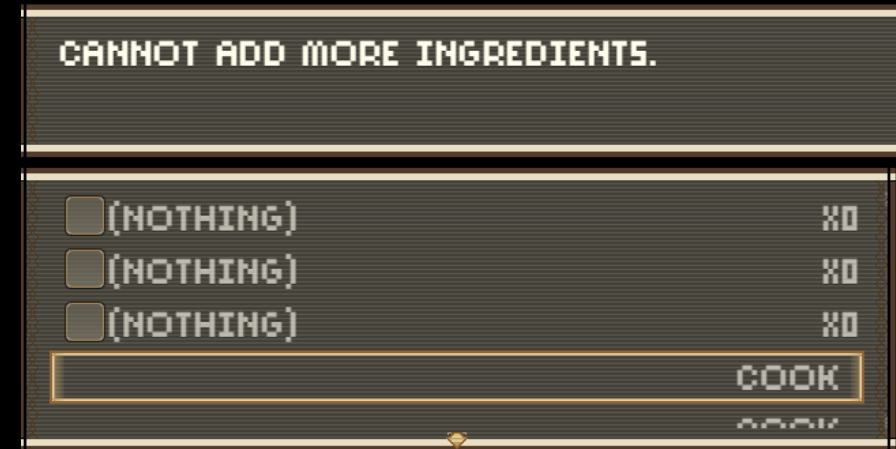 The actual craft button is still below the 4th slot

Fantastic crafting system! I'm more of a fan of ingredient based crafting susch as those in Paper Mario and BOTW than recipe based systems but they were almost impossible to find plugins for.

One question though, which lines in the plugin do I comment out // if I would like to hide the fourth slot completely from being selected? I don't plan on using it at all. Currently I'm leaving the name blank to "hide" it but preferably remove it completely so it's one less line to scroll down to get to the craft confirm.

I'm having the same issue trying to create ymls for custom scenes, either I'm naming the yml file wrong or am missing something in the windows/components

Thank you for the reply! I'll see what I can do later

Hi, I'm not sure if this is the place to ask about user struggles learning the engine/user support but I've been messing with the base/Caz's demo and referencing the documentation. When I try to replace the actor command with an image that changes when you select, it just returns an error screen. I did something wrong somewhere but not sure what. 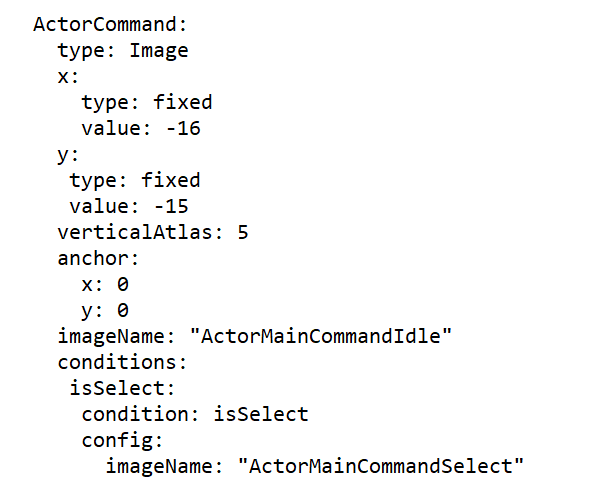 I've also added an image as the HP gauge but I'm not sure how to make it drain vertically.

I'm also trying to add custom stuff like Olivia's break shield icon+countdown to the BattleStatus hud but I don't know what it would be called or if it can be done.

And is Zaraku's bust menu going to be released as a public template eventually? I was planning on making a vertical bust menu too but it's okay if she isn't planning to release it.