Hello!
Rainbow World has been completed!
It consist of a single level with a randomized color layout and a "star boss" to defeat.

Thank you, I’m happy to hear you like it.
Thanks for playing!!!

Thank you! I hope your experience on the desktop is smoother.

It is possible for you you to lower the quality settings under the options area of the main menu maze or pause screen. Hopefully you'll be able to get a smoother gameplay experience with lower settings.

Can I ask, what android device are you currently using?

You are very welcome!
I'm glad to hear you've enjoyed it.

Thanks for the kind words!
I am sorry to tell you, there is currently no way to create your own mazes.

I've honestly never thought of adding a maze editor... That is something I'll have to think about though. It's a very intriguing idea.

Currently, all of the mazes are created by hand. Including the paths, obstacles, and colors. I would need to make a pretty smart and easy to use editor. It may be something for a later date after the finished release though. Thank you!

Really good game.... the idea is very cool. I found myself replaying it a few times.

I feel like the controls for both the characters and camera need some work. I think I'd rather have the camera tied to the character group... allow the clicking to move or the WASD to move the player group around. You could almost treat it as a dual stick shooter. Move with WASD and Aim with the mouse.... then have the camera follow with a little bit of easing.

Great concept... I think this game could do great on PC or Mobile.... collecting different character types for stronger groups... the player could even collect different unit types and create "teams" that are then scattered throughout the level so you can recruit them during the level.

I wanted to give the player free movement.. it sounds like some players went all the way to the bridge and tried to grab as many stars and people as possible... other players just floated around the river collecting what they could.

Maybe in the future I can have a quick tutorial about player control and movement. I've got a few plans for a future update, I'll add this to the list for sure.

Yeah.... thank you! Thanks for playing.

This is a nice submission. Great aesthetic... love the bloom and dark cool colors for the background.

The game plays nice. I do with it had either controller support or "click and drag" mouse support. I found it a little hard to control the snake with just WASD.

Love the game idea though. Good work and a solid entry.

I like this game! Simple and challenging. The art is clean with good high contrast and the gameplay is easy to understand, but yet difficult. I found myself trying it more than a few times.

I do wish there was some sort of background music or ambient sound during the level. Also another control input, like a PC controller or click and drag to follow the cursor. Which, if you did the follow the cursor, it would lend itself well to mobile... which I could see this game doing well on.

The highest score I was able to get was 1394... I was able to get two trails on either side of all three hexagons. Then I just moved up and down... at one point the game was spawning so many enemies I thought I saw them destroying each other.... The game did start to lag at that point because of all the particles and enemies on screen.... but eventually I did die. 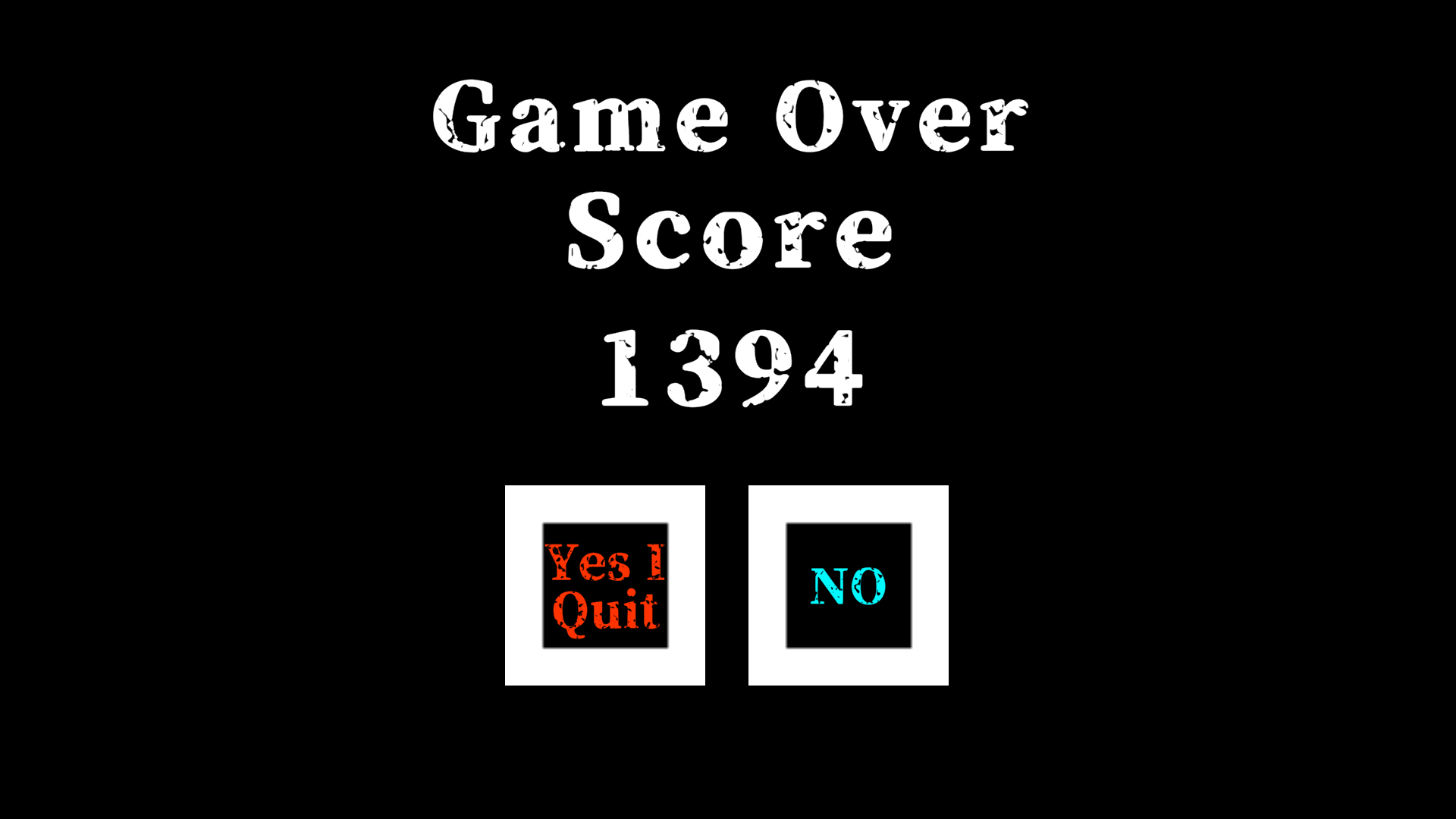 Hahaha.. .so true... Thanks for playing!

I love the aesthetic of this game. The colors and the post processing is fantastic.

The game itself is fun and challenging.  I'd love to get my hands on a standalone build and be able to use a controller input. I can see myself playing this game a lot with controller input available. My only critique is the difficulty level ramps up quick... it would be nice to have a little more subtle ramp up.... maybe have a few simple obstacles and jumps to start off each level and then ramp up the difficulty as the level gets closer to the end.

Wow..... This is an amazing idea. Great use of theme too.

I love the way the two objects are tethered together. I can see myself playing many more levels of this. With a super simple minimalistic aesthetic, I can see this game being something lots of people would enjoy.

A couple of feedback items....
- I wish the bullets had a further reach, it felt odd that the projectile "died" out a few meters away from the player.
- The enemy projectile got a little lost in the art. I noticed I was getting hit more often that I thought. It would be nice if it has some particle trail or maybe a more obvious color... think like star wars laser blasters.... player is yellow, enemy could be red or orange... something obvious and different. Also some screen feedback for when the player is hit... like an red edge flash or something.
- I did not see where the theme came into this one. The game is fun, but I didn't see the "stronger together" aspect.

Thank you for playing! I'm glad you enjoyed it.

Sound is good, gameplay is solid, art could use some polish, but overall a good submission.

Thank you for playing. I'm glad you liked the aesthetic!

I guess my idea is just to collect as many stars as you can before time runs out. It's more of a casual, high score game.

Awesome! Thank you for playing! I'm glad you enjoyed it.

Great idea! ... I was thinking along the same lines with a "bomb" that blows you up..... or large "tree log" across the river that sweeps you away... I love the "spiked" object that punctures the tube... lol... it'd be funny to see the tub pop,  and the people have to swim to shore or something.

Actually, it would be a fun 4 player game... I never really thought of that.... It could have a larger river or lake, and split screens, then see who can collect the most.

Thank you... I'm glad you enjoyed it!

Awesome... thank you for playing!

I completely agree about the lake of challenge... I have some ideas on how to improve that with other obstacle types, maybe in a future update.

Great pixel style. The controls are smooth and the music is nice.

I would like to see some more feedback to the player for when you're "collecting" other virus. Like a little particle effects or screen effect.
Also, I thought it would be cool to have indicators on the edge of the screen showing where the other viruses are? Maybe something as simple as a little virus bubble that sticks to the edge of the screen in the direction of the virus. (Does that even make sense... lol)

Nice job overall. I liked it.

It took me a couple of tries to understand the mechanic, but once I got it... I was able to run around and collect somethings. If I died though, it bring up the dev console and then I'd be soft locked. I had to exit the game.

It would be nice to see a death sequence or respawn after death. Also a way to pause or exit would've been nice.

This is a great concept... like Lemmings meets bridge builder.
Game design idea is solid. I found the game pretty challenging to be honest.

This is a nice little game.
The graphics are great... it makes for a really nice atmosphere.
The game reminded me a little of BADLAND by Frogmind Games on mobile.
I would've loved to have some keyboard controls (like arrow keys), and some more sounds for when you explode or "wake up" another character.
The camera shake during death is great. Makes for some nice impact.
Good job overall!

Thank you for helping host the jam!

Great news! It really does help... I've been using it on some of the very hard areas and it really helps stay in control a little better. Thank you again for the suggestion.

Thank you for the kind comments and for playing!

I'm glad you're enjoying it.

Hello again eelskin, I have an update available now with your requested dpad support.

When you get a chance, grab the latest update and give it a play through. Let me know what you think and how the new controls work!

I'm glad you enjoyed it....  I love these types of games and it was  a blast to make.... I hope to get an update out for this one.