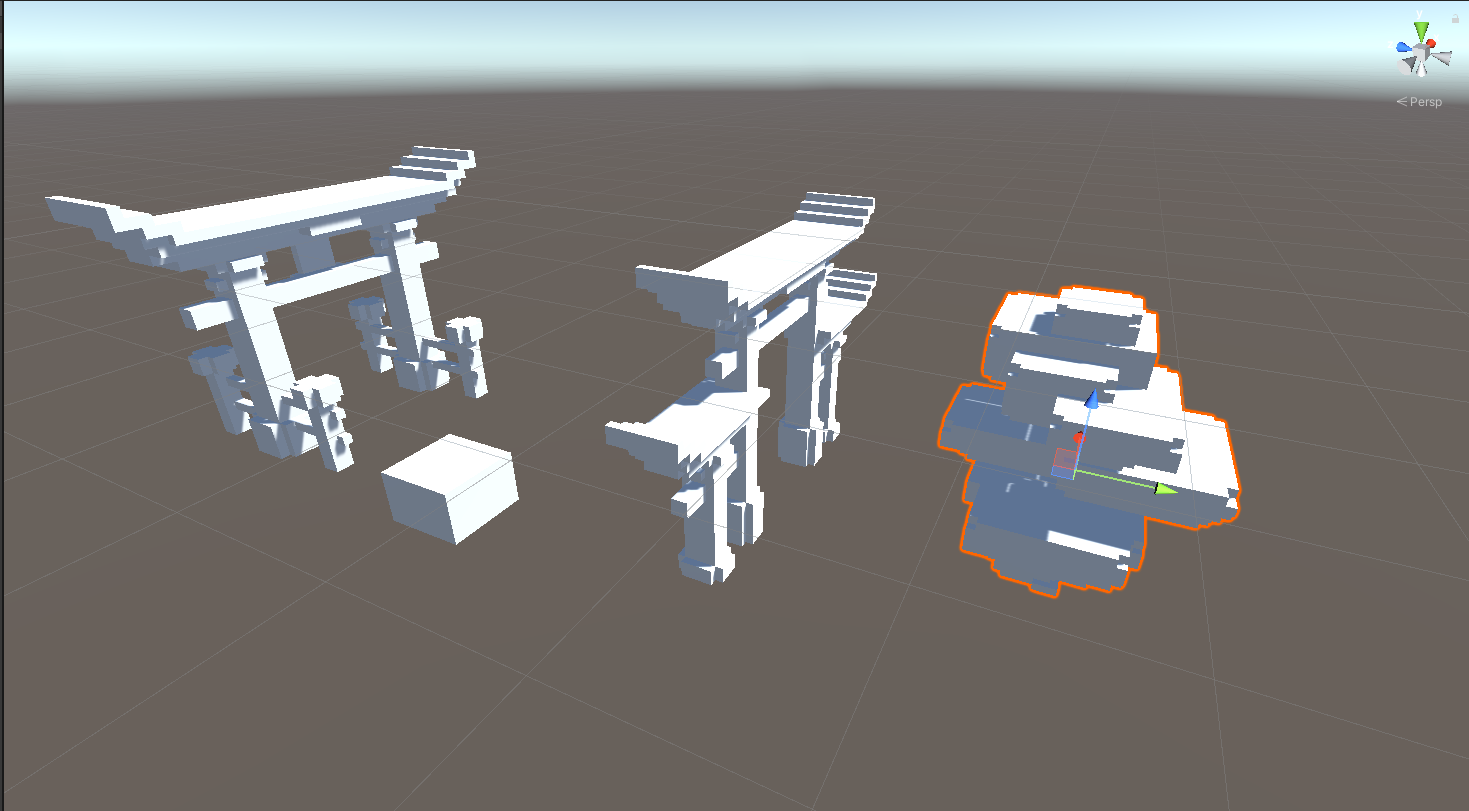 Hi, I think there is some weird issue. Not sure exactly what but I downloaded the package and imported it. For some reason, the material or shader of the objects is missing.

Very cool concept, I actually enjoyed the investigation aspect of the game. Although maybe it's a tad too difficult to identify the suspects without some more clues. Also, it would be cool for example If I interact with the cupboard if I could open the drawers. But all in all cool game well done!

So true, I should really allocate time for testing T_T

This was amazing, absolutely creative. I was lost in the world for a good while. The lighting was phenomenal, paired with the sounds it gave a very tingling horror sensation. Very well done. My only criticism was it was difficult to aim the light and sometimes see the room edges, but I could just be bad at the game xD. Honestly mind-blowing game!!

Man the art style blew me away. Very impressive. And such a creative idea on making the walls come to life when you focus on them I actually gasped when it first happened. The controls took a bit of getting used to especially since it was trial and error on how the focus skill worked. Also, it would have been a nice indication if I saw the area/radius the mouse was covering. That being said, it's a stunning game.

Oh no, I thought I fixed this bug. It's so simple I feel stupid that it's in the game. I'm sorry about this xD.

Thanks for playing. A darker background honestly makes a lot of sense. I also wanted to add more items to the levels as well as more mysteries, sadly it never goes as planned. My lame excuses aside, No I absolutely welcome constructive criticism, that's my entire reason for participating in game jams. I will work on those bugs and slowly incorporate all the new changes. Thank you so much for taking the time and giving me a detailed breakdown. I really appreciate it.

It's really impressive what you accomplished in a week's time. The animation was really smooth and fluid. Controls felt a bit wonky at first but got used to after several attempts. I could not get past the Reverse gravity level tho :X Overall nice game with a nice replayability aspect.

Thank you so much for your feedback ^^

That was really cool, fit the theme well. The music was spot on and I liked the idea of driving around in a globe like that. The only issue I had was the camera snaps whenever I kill an enemy, felt a bit wonky. But other than that amazing game!

I really like the enemy design was quite impressive. At first, I thought the knockback when shooting was not needed but as I played along I realized balancing out the knockback actually can cancel each other out which makes perfect sense, very unique and creative idea. Nicely done.!

I do actually. But this is the fastest one I did due to personal work, and I really wanted to partake this time. Thanks for playing. I'll be sure to check your game out!.

Yes. The AI needs work. The Strategy is "Just be careful". There are so much more ideas I could have implemented if I had the time. Hopefully for the next Jam ^^. Thanks for playing and for your feedback!.

Other than the controls this game was great. It might not seem that chaotic at first but when you add the blowers which blow all the paper away it gets very chaotic to organize everything to send them to the trash can. Overall I had fun playing. Nice game!

Well, you stuck to the theme to the T. That was as chaotic as it gets. As other comments mentioned a unit cap would have been nice. And an indication of how much enemy forcers are left or something.

Had a bit of difficulty getting a proper run going but I just suck :c

I honestly completely forgot about the sound this time around. I also wanted some HP bars over the monsters as well as some reactions to getting hit, I really was ambitious when I sat down :# . Thank you for the feedback!

I'm glad you enjoyed it !

Thanks for playing! I'll update the description to help others.

Thank you so much for your feedback. I really intend on re-making this game with better assets and a more functional choice system. The current system is quite messy and hard to keep track of. I will address all these issues in the next version or the current version depending on how much time I'm able to allocate. Thanks again for the feedback.

I see, I played around with the idea of levels, I suppose that would have been a more fair implementation. Will think about such aspects next time. Thanks for playing and I truly appreciate your feedback!

Yes, you're right. I checked it now myself, it's missing. I'm not entirely certain what happened either. Sorry for the inconvinience. I'll edit the submission if possible.

Quite entertaining, I laughed at the priest level xD

I enjoyed the game overall, gave me old-school doom vibes. The lighting was perfect for a horror scene. And the zombie noises were spot on. And every time I turned around and saw a zombie was quite the startle so good tick on the horror element. I also enjoyed the panic you feel when you as the payer have to enter the code before the zombies reach you, gave the game a good ticking-bomb vibe.

A few things I would love to see improved further are the bullet velocity and feedback in the gun it felt quite static when playing. Also, I had no feedback that I was getting damaged by the zombies ( other than the hp bar).

A small bug I noticed was I was unable to clear the code after an incorrect entry or it was unclear as to how I could do it.

Other than that a solid game, enjoyed it quite a lot Kudos!

Thank you so much for your feedback. I'm sorry that you were unable to progress further due to the bug, as soon as the Jam is done I plan on fixing it (fixing it before might be against the rules as the bug was present at the time of submission). The inventory feedback makes a lot of sense and I'm definitely going to add to the game alongside the bug fix and mouse click to continue asap. The text skip was something I wanted to work on but I pushed it down in priority to implement other Items; I suppose I should have thought more about replayability and added it.
Your feedback is really appreciated and I welcome it. Thank you for playing!

Oh wow, I love the Aesthetics of the game, sadly I'm too much of a coward to play the game in its entirety since I was expecting a jump scare at every turn! So yea you easily achieved a solid horror element. Kudos!

Oh, I'm sorry you had issues, I will look into it. Thanks for your feedback ^^. Yes, I'm still quite new to pixel art and struggled to make everything consistent. Will try better next time!.

Loved the elements of the puzzle of the game, makes you think ahead of how you would get out of the pathway and how you would connect all other wires afterwards. Very interesting and fun to play concept.

The Retro music was cool too :3

You're completely right, Running through a game world would give a much more immersive feeling of the actual emotions and give more depth to each outcome. Will definitely take your notes. Thanks!

See what you think :D

Yes, animations are a must-have for such a game I agree. Need to start learning those :D
Thanks for the feedback!

Yes, I really want to add more character designs, art, story, animation, and some more complex choices as well! Thank you for your feedback! :D

Very well thought out game. was slightly complicated at first but soon got the hang of it. well done!

Fun little puzzle game, I quite enjoyed the music as well.

a) One rule states you cant use any old code, everything has to be coded then and there, does that mean you cannot copy code from sites such as stack overflow as well?

b) and another rule says no asset store items, will we have to make everything on the fly using a model software?

c) does the audio need to be made ourselves or can we use any free audio clip out there?

Just looking to clarify some stuff, cant wait for the jam :)