Press Any Key
Press any key! Play music with any key on your keyboard.
alienfae
Rhythm
Play in browser
Vessels of the Stars
Relax and explore a meditative, otherworldly environment.
alienfae
Adventure
Manor Wrecker
A trickster spirit makes you destroy your own obscenely expensive possessions in this linear story puzzle-based game.
alienfae
Puzzle
GIF
The Transistor Museum
Learn about the history of transistors and their scientific breakthroughs in The Transistor Museum!
alienfae
Educational
Play in browser
GIF
Skull Shrine
Fight the evil Skull Shrine as a cartoon witch in this top-down 3D bullet hell game!
alienfae
Action
Play in browser
GIF
Arena of the Mad King
Rise to victory in this tough-as-nails bullet hell boss rush arena. Touhou meets Realm of the Mad God.
alienfae
Action

Arena of the Mad King

Thank you so much! I'm continuing to work on the game in my spare time.

This is super cool, love seeing a game about the Tarot!

I really wish that the front page would show more of a balance between game genres. It seems like a horror game site on one of the main pages, https://itch.io/games
It would be really nice if there could be more of a variety of games shown there. Maybe limit the number of horror games that can be shown at once and cycle between them when the page is refreshed. It's currently completely filled with horror and very little of any other category.

Reply
itch.io Community » General » General Discussion · Posted in How can I make a name for myself on this site without blindly advertising my stuff at every opportunity?
alienfae4 days ago

Not sure about becoming known in the Itch community specifically, but if you want plays of your game, try posting it on Reddit. I had no following whatsoever to speak of. I posted in the Reddit forums of the games that my project was inspired by, and it finally got attention, and eventually played by a famous streamer. I tried other social medias such as Twitter and Instagram but I felt like it wasn't worth the time when I compared the analytics (at least for me).

I have been truly blessed 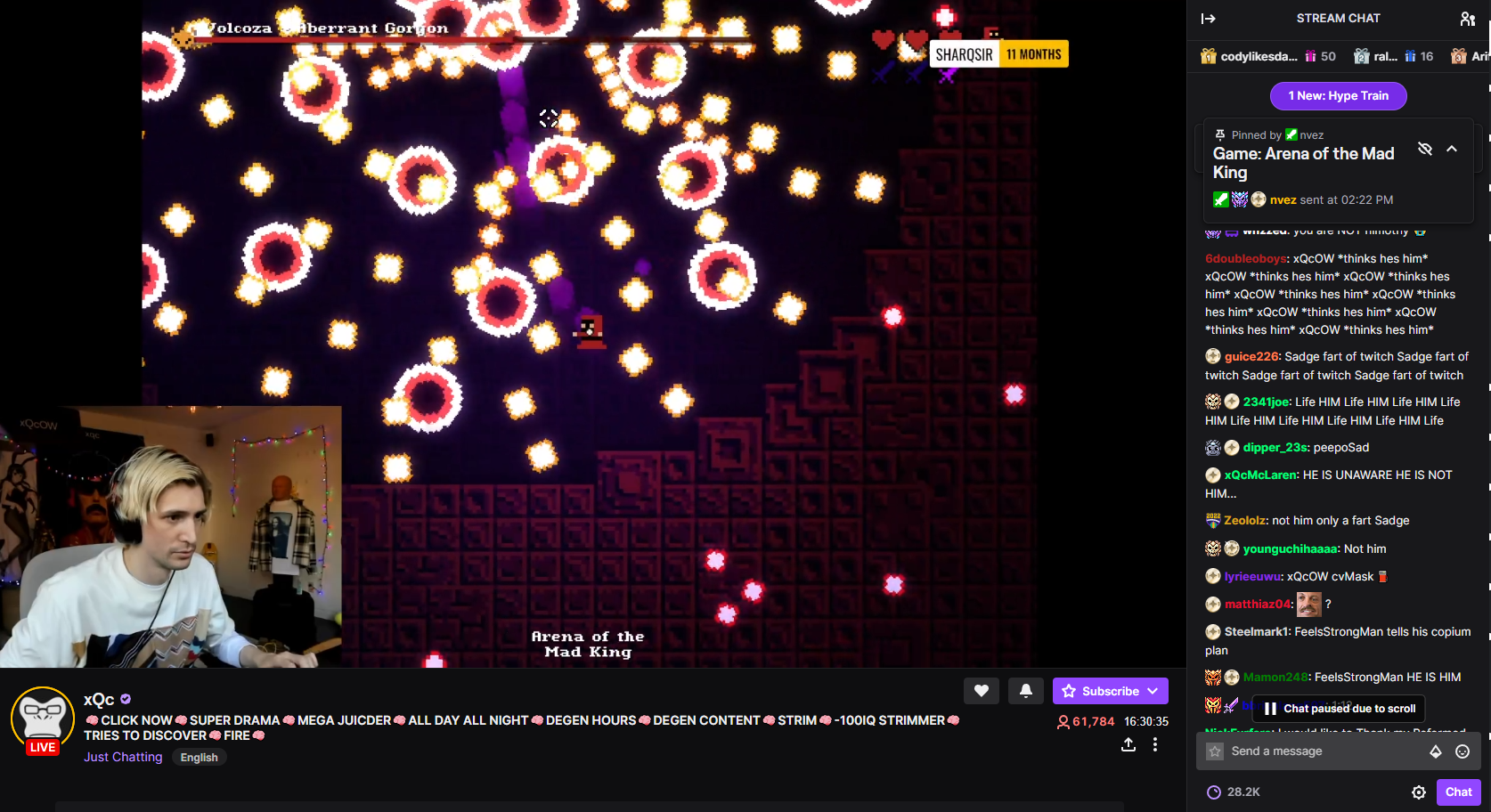 This is such a fun and cute idea, thank you for creating it!

This must be one of the funniest and most original concepts I've seen, great work!

Easy to learn, hard to master and challenging game =)

Fun game! I really liked the 30-second concept, it pushed me to act dangerously which I don't normally do in platformer games.

Thanks for playing it! Glad you enjoyed =)

ahah love that last one!

Such a fun simulation, and the water is super impressive!!

Super fun game! I love that it's fast but also has some strategy to it.

I had lots of fun! It would be cool to have upgrades to have homing projectiles or to increase the size of my projectiles.

Fun twist on Snake! I didn't have a controller, but I finally figured out a good strategy. Make zigzags to follow right behind the ball and collect the dots it leaves. 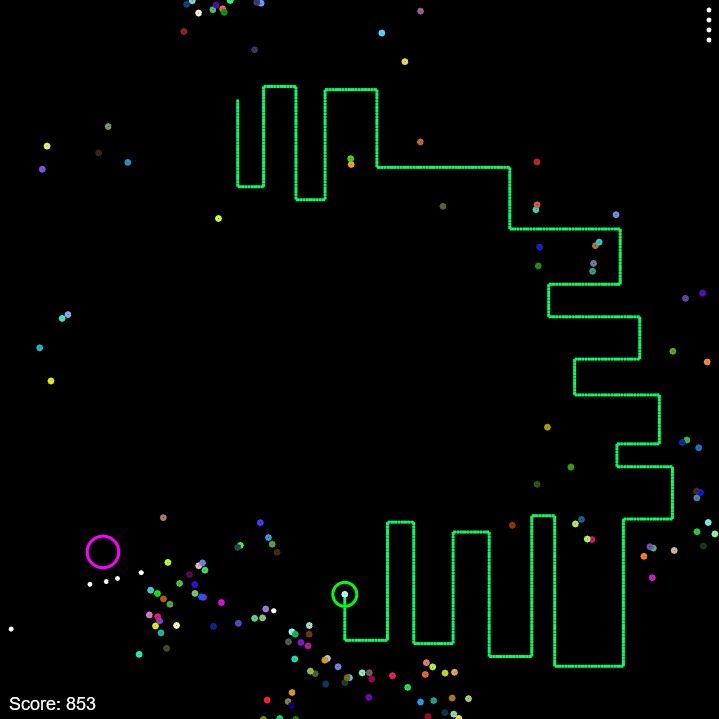 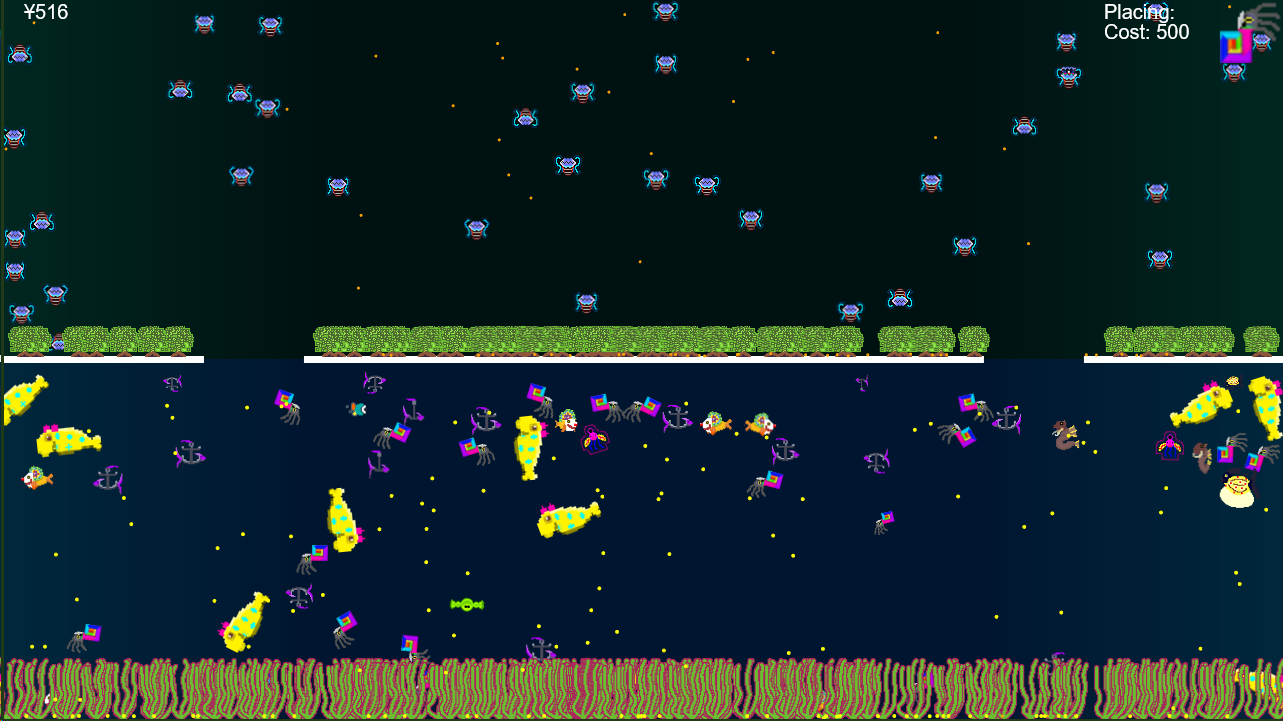 Thank you! I agree, it's hard for me too.

I'm amazed, this is incredible! Thank you so much for making these nostalgic games so accessible =)

Hi! I'm interested in making a group for LSDJAM, I created most of my projects solo and currently work in the games industry so I have experience =) I use the Unity engine and plan on making a 3D game. I'm Alienfae#6771 on Discord also, feel free to message me there.

Hi! I'm interested in making a group for LSDJAM, I created most of my projects solo and currently work in the games industry so I have experience =) I use the Unity engine and plan on making a 3D game. I'm Alienfae#6771 on Discord also, feel free to message me there.

Reply
Accountability Jam: November 2022 community · Posted in This is great, dont you agree?
alienfae91 days ago

This is such a nice idea! Some extra motivation and I love that we can work on existing projects and show our progress at the end =)

This was so much fun! I'd love a longer version.

Loved the game! It would be fun to have a mode where the difficulty increases over time. Great work =)

Thank you! Loved your game =)

Great job, thanks for playing the game!

Thank you! Gamepad isn't supported yet but I'm glad you enjoyed it =)

Reply
itch.io Community » General » General Discussion · Replied to OreoFloofBoi in How Do I Motivate Myself to Make my dream game.
alienfae119 days ago

For sure, and don't say sorry! You should whatever you feel like doing. When I was starting out, I found it easiest personally to follow the entire tutorial first, and then add my own changes or features after I was done.

Reply
itch.io Community » itch.io » Questions & Support · Posted in How to play visual novels on pc/laptop on windows 10?
alienfae122 days ago

Unzip the folder and double-click on the .exe contained within the folder.

Reply
itch.io Community » General » General Discussion · Replied to CoolGames.Co in I published a game yesterday but its getting 0 views. Am I doing something wrong?
alienfae122 days ago

I have projects that have been available for half a year or a year or longer. Still 0 views on most days. I think it's a matter of just not having much of a following online at least in my case.