Thank you so much, that’s really gratifying to hear. Any additions you’d like to see or even entirely new packs in this theme that you think would be cool?

I have a new pack series in the works and the first parts of it are coming out tomorrow. It’s a fantasy pack based on Norse mythology and the first bundle will have a character pack (24 characters w/ walk cycles) and an outdoor tileset with a village theme. Stay on the lookout as the style is similar to this, just a different palette and aesthetic. A clever creator could easily blend the packs to make something really out there.

But that said, I’ll definitely be adding more to the Retro Cyberpunk series as well. I have several packs on the go with that, including an item icon pack, a “docks” themed pack, a vehicle pack, and more. I wanna eventually get to a one release a month schedule, but right now it’s more like a couple of packs at the same time, every 4-6 months. Haha. I’ll get faster.

I am so touched to hear this, I am a fan of cyberpunk and love all the works on this theme, your work is very good, I like it very much, will keep following you

Hey anything new on the update you might make, with the fight club wrestling ring and other cyber professions? 😊

Got some mockups, but sorry not the wrestling ring yet. Had another project take priority so I am hoping to have that pack out by the end of Dec or early Jan. 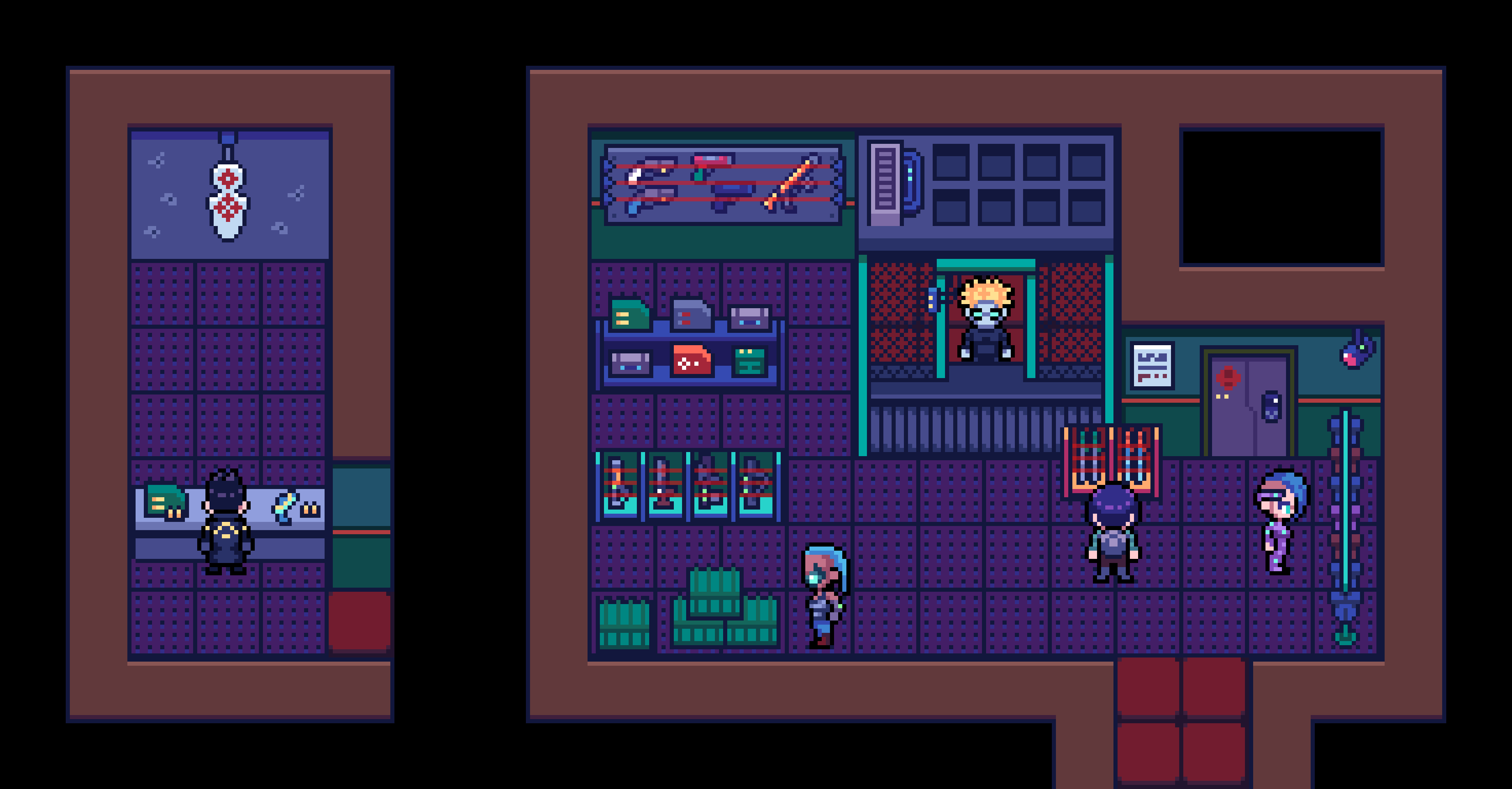 thats awesome just that preview alone is a huge addon. thanks for the fast reply!

Thanks! Yes, this is only the “gun store and shooting range” portion of the pack. There is also a clinic component, there will be a cybernetics shop, and thanks to you I think I will also be doing a gym.

Then I’ll call ’er done and move on to the “Pubs and Nightclubs” stuff + more exteriors.