Hey, I played through the v0.5 demo. This is a really great game! Really impressed with what you've managed to do with RPG Maker MV. Loved the loop of going to classes, getting new things to do and then prioritizing how I wanted to do them over the next few days.

I have a few notes that can help improve player experience if you were interested in feedback for the next iteration: 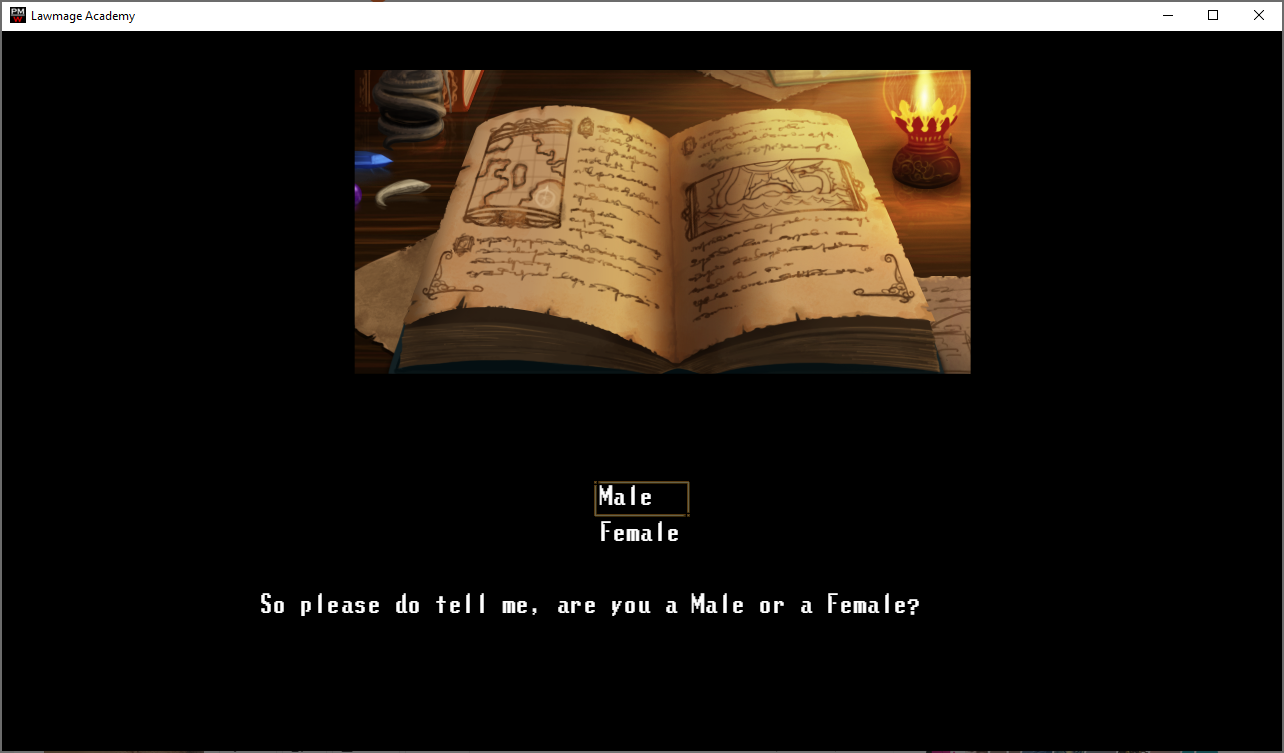 Having just Male and Female may alienate some players. Might be better to have a few body types and then let player determine how gendered or not they want their character to be. To not make this too asset heavy on your side, SumRndDude has a plugin that can use the RPGMV character generator parts to generate sprites and battlers based on player selection.

Also referring to Magister Millenia with gender neutral pronouns might help keep it nice and mysterious.

Some of the spell animations take a while and I think a lot of players might like it if they can speed through some of them to get to their next turn in battle. There are already a lot of time saving measures in this game (such as the Keeper Teleporter) so being time conscious seems to have been an intended part of the design and this speeding animations feature would be in line with that. If you are using Yanfly Battle Engine Core, there is a plugin that adds Battle Animation Speed to your Options menu. 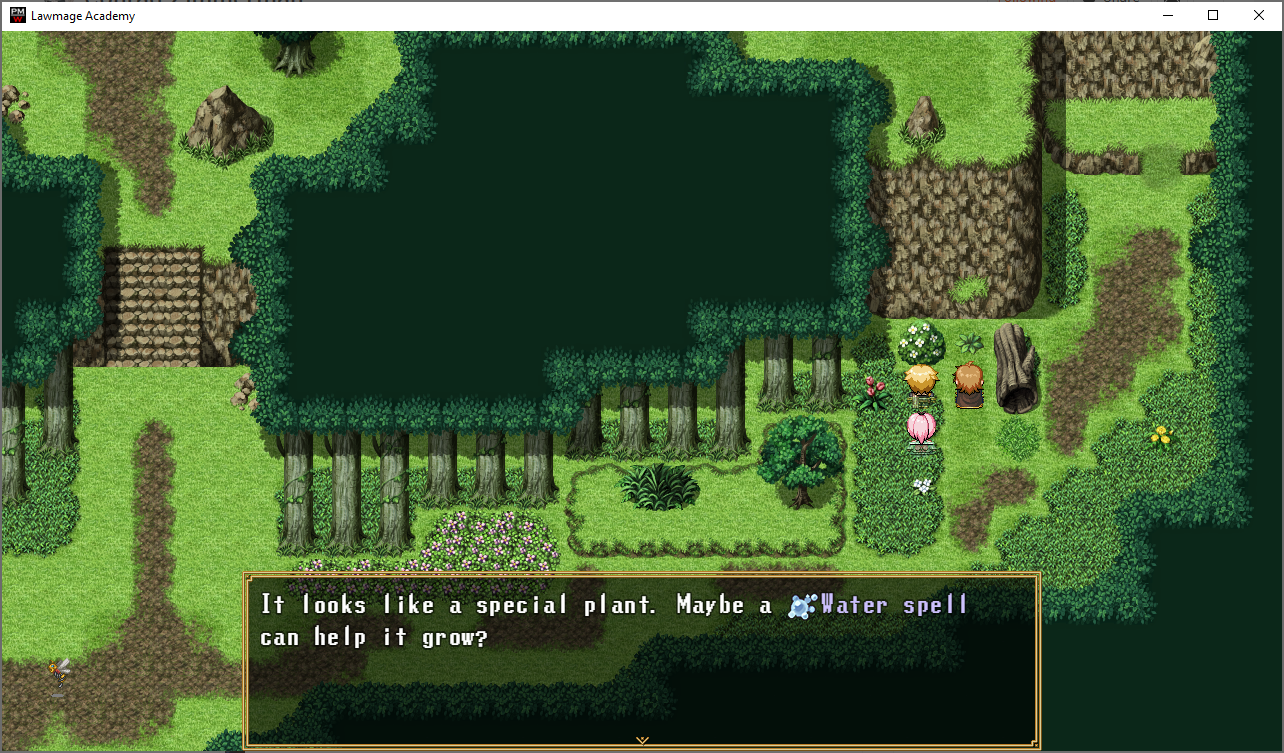 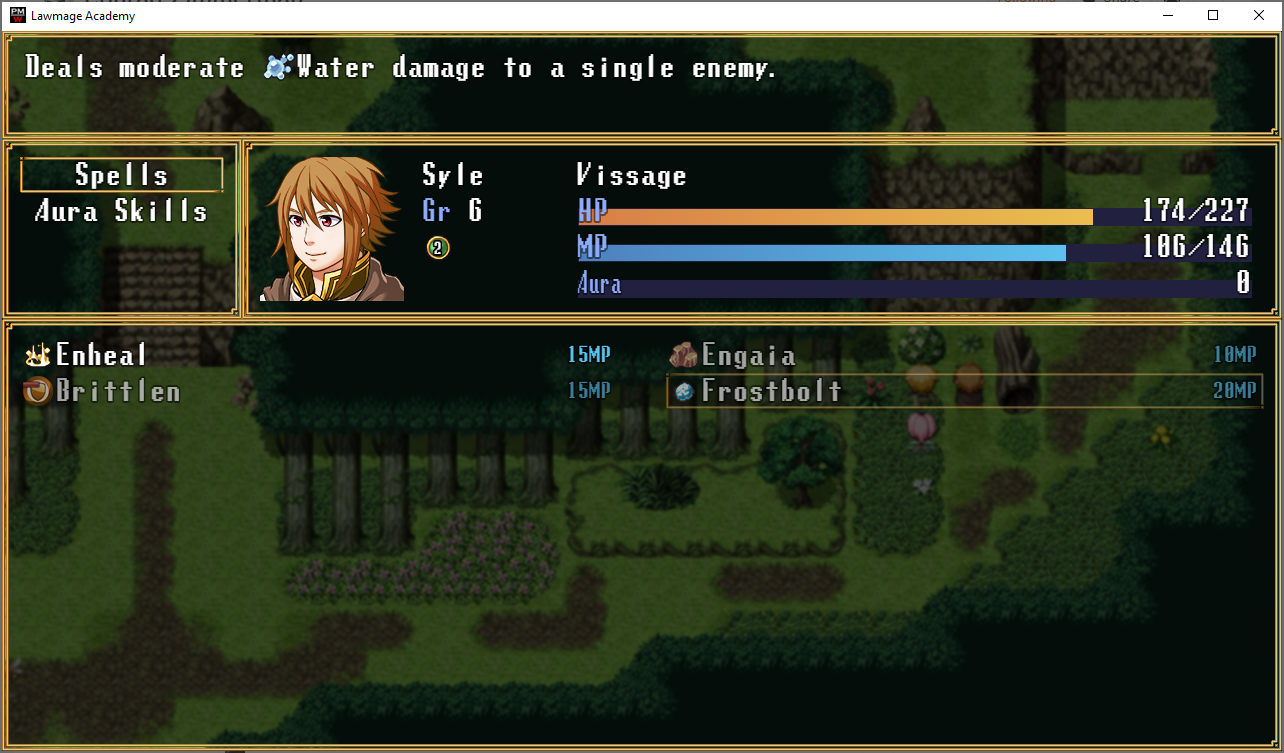 I really liked the fact that you could use the same spells as in battle to manipulate the environment (like Golden Sun), however, it seemed inconsistent what spells could be used for what environment interactable. Pictured above is the issue I ran into where I was unable to use Frostbolt spell which I got from a crystal to grow the plant. Do spells from crystals not count towards this effect or is this a bug?

A few of the Boss enemies would Guard at times effectively skipping their turns making those fights a lot less interesting as a result. Due to the way Order Turn Battle works, singular Bosses should probably be doing a lot of things on their turn (damage, healing, buffing) to be action efficient because the player can manipulate when an enemy's turn gets skipped through a Guard Break. If this is an intentional part of the combat design to give players a breather, please disregard this note entirely.

Hope some of those notes were useful. Thanks for putting together a great demo and looking forward to seeing the full game when it comes out :)

Thank you so much for the detailed feedback! You made a lot of useful points for improvement. I will definitely consider it for the next update. I'm glad you enjoyed Lawmage Academy!

ooh ooh! I have a great idea for gender variants.

Okay, I know these aren't gender variants, but they would be interesting to see as character choices. Maybe the character editor can choose gender and a list of species such as the ones I listed?

Nice suggestions! Elf and Cat Person are planned. For beast, it can be done and they can have an innate weakness to Water because beast types are weak to that too!

Interesting, but why haven't I seen any bosses or enemies guarding? Weird.

The frostbolt spell is technically ice, so its probably not considered a water spell for that reason.

Most bosses have a small chance to guard on any turn. In the next update I will focus on reworking and balancing enemies.

For frosbolt, I'll see what I can do instead. Your suggestions are all well noted!