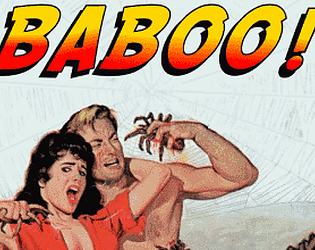 Which diversifiers did you use (if any)?
Wizard Jam Shared Cinematic Universe
WJSCU Sub-versifier: Building A Legacy
Box art

This was interesting! I'd never heard of this engine before and it was an interesting framework of mechanics. It worked surprisingly well as an added layer on top of an adventure/twine game. It also had a solid sense of space given the limited information.

I did find it hard at the start to parse what the goal for the game was, though it became clearer when I accidentally tried to trigger the end of the game. Also a minor thing but it was actually hard to get the 'character' facing the exact right spot for a few of the interactible elements. If possible, expanding them just a little would make it a lot easier.

I love the way you navigate an interact with the world, very cool concept. The story and descriptors were quite entertaining, I had myself a good laugh.

Suuuuper cool stuff and I love the WJCU references! :D