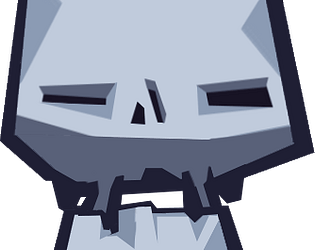 Great graphics and simple gameplay, didn't get how it relates to the theme, though. Overall, really nice!

Thanks for opinion! About the theme: it is kinda stretched but you cannot do anything else than safe the world so your fate is uncontrolable :)

Wow, you made an amazing game. Very cool.

The idea was interesting and funny, the only thing is that I didn't get the full experience because I played it on my laptop :(

Other than the visual glitch where everything are literally husks, the visuals were very good. The music and sound effects were really good and I found myself laughing when I heard the Roblox oof when I got damaged. The only thing I thought was lacking was the theme of Uncontrollable Fate. I mean, the enemy waves were most likely randomly generated giving it unique playthroughs on different runs, but it didn't feel like anything insanely big. I didn't feel in danger of some random or absurd circumstance that I would have to be on guard for and improvise to overcome. Other than that the game loop in and of itself was very enjoyable to the point I would just mindlessly play the game for about 20 or so minutes. Overall, great game!

Thanks for this amazing and insightful review!

Very cool game, I think with the list of things you said are coming it can become a great game. Besides the visual bug (no enemy sprites) on browser, I had a great time with it!

Sorry I dont have Android :c  but desktop versión run well except for the visual glitch. I like minecraft it was funny.

I'm glad you liked it :D

Very nice game! The sprites are incorrect but I assume that is because of the windows build. Other than the glitches its a very nice game!

could you please make a windows build and post a link to it?