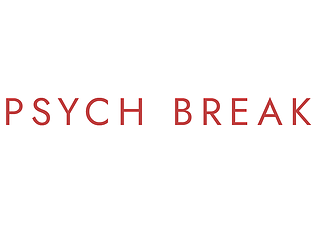 Well, after all it seems like we did a good job on both sound and art my friend! For now everything seems to be going well for me.

Where's your damn review? I want a review!! You didn't had the chance to play until everything was uploaded.

No likes for you.

I'm not gonna lie. This is just crap. You can't just zoom in to RTP sprites and think it's a unique look or style. The sprites are comical looking, the player character walks like his stomach is strapped to the front of him XD

Everyone uses Terrax. Your flashlight effect is not scary. Also, because you messed with the zoom and/or sprite size, it doesn't even fit correctly around the character, and the bottom portion of the origin is on the player sprite's back.

As far as horror games go, you need good grammar and spelling for an RPG Maker horror game to work. Otherwise it's impossible to take seriously.  Get someone to translate for you.

I very intentionally tried to want to play this, but the dialogue and graphical style are so bad, I made it about ten minutes. The second time that cheesy 'television static' happened, I just shut it off.

I know I'm being harsh, but you horror RPG Maker folks need to hear this, badly.

I admire that you tried, I generally admire anyone who puts a project out.... but I really gotta be honest, everyone is crapping out horror games on RPG Maker, and even the good ones are barely good. STOP THE MADNESS. RPG Maker is for making RPG's not horror games.  You're all making just different quality versions of the same damn game!!

Thx for your comments

Just gonna throw in there to the first part, a lot of children do walk like that with their stomach out. I'm not sure what the protagonist age is, it wouldn't be appropriate if they're an older lot, but if they're prepubescent I don't think it's out of place.

I'd also like to offer the counter advice of making whatever game you like and not worrying about how irritating some random on the internet might find it.

Hey bud, agreed that RPG maker games have a dime-a-dozen presentation and are often host to very amateur and rusty games that aren't very unique. It's great you have a lot of specific constructive criticism and that's awesome and makes the quality of feedback better for everyone. I agree that there are many premade engine formats that saturate Itch and it can be irritating to see the same games with the same cliches here.

But keep in mind too amateur devs are at different stages of their journey and a lot of young people, inexperienced coders, writers with few development skills and others find apps like these invaluable. Accessible engines and game jams can be really great tools to encourage people to be expressive and explore creating in mediums they otherwise would have never tried. Regardless of the quality of the output, it's important to stay focused on what devs can do better in the confines of their skills/engines, because that's what'll make the difference in the long run.

Your points are completely valid! It did get me thinking a lot though.

Very interesting start. The art/music is very well done, if those weren't pre-made assets. I couldn't beat the banshee, I tried a good five or six times.

Many items are hidden in the scenarios, not in all of them ofc.

The combat is a puzzle itself, if you can beat it you won't need to heal often.

Fun game! The crazy banshee killed me
I really dig the style and the music and story, battles are fun as well

Hope you can enjoy it after the missing files were fixed