Would you sully a beer to save your species?
Submitted by Caveware Digital (@caveware), Kitsch Digital (@kitschdigital) — 7 minutes, 37 seconds before the deadline
Add to collection 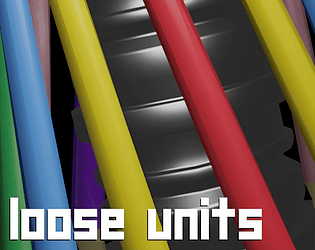 Don't read this if you haven't played through it yet cos I'm gonna mention some slight spoilers!

Man, this made me laugh xD Easily the most use of the c word I've ever heard in a video game, haha. The voice acting was great, very amusing! I think I had a smile on my face for most of the play duration :3 I was a bit confused towards the end when I fell through the garden floor, but I figured I was probably missing something, and managed to locate the metal detector!

That huntsman is adorable x3 Was even funnier cos irl I do save spiders and put them outdoors rather than kill em! Never imagined in a million years that doing that would save my life from robot overlords xD

Pretty fun with a neat little story! Unexpected twists. Went through it twice, I was excited to see some variety in the tasks you are given

It is really funny! Love the original soundtrack and voice acting. The ridiculous story made me laugh a few times.

I think the movement speed could be a bit faster. There were a few times when I was a little bit confused about what to do next (for example, I didn't notice that I can take the ladder and go up to the loft) and at those times I really wished my character could move faster.

Also, a some interaction mechanics can make it a little more immersive. There was a kitchen full of objects and the first thing I've tried to do was interacting with radio, stove, toaster, etc. Something like a sound effect or a dialog box saying: "The radio is playing smth." would be enough. Overall, it's a very fun game and I would like to see its sequel. Good job!

I really liked the audio management in this game that allowed the ambient music to be heard from left/right hear, depending on where I was on map. Also really enjoyed the introduction of the storyline by having a voice over narrative.

I really liked the audio management in this game that allowed the ambient music to be heard from left/right hear, depending on where I was on map. Also really enjoyed the introduction of the storyline by having a voice over narrative.