Submitted by pc0hidq — 17 minutes, 57 seconds before the deadline
Add to collection 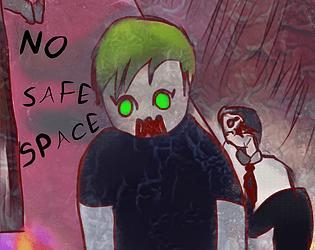 Did you use any Diversifiers?

I allow my game to be used for promotion material for future gams jams / events by the organisers.

You may use my game for future Promotions

It's definitely a little too fast paced - but it is effective, and I am curious to read more. If you do continue this, I look forward to reading it :)

Thank you, I plan on continuing this at some point. I will post a response when I do. Thank you for playing the game!

A quick but striking game! I especially liked the art style.

As I understand it, this is an abbreviated version of the full concept you wanted. I hope we can see that full version some day!

Submitted
A Light Is Shining There
LikeReply
pc0hidqDeveloper2 years ago(+2)

Thank you, I spent too much time working on the script as without a strong script the game is going to be terrible. Unfortunately then I didn't have time to implement that script which led to the game being something that I am not proud of but at least it released.

I hope that I can release the full version eventually. When I do I will let you know.