That's useful to know - thank you. The game is a mix of rooms, where some have no puzzles in the room, and the key point of those rooms is to develop the story. For the other rooms, the puzzles are all pattern/sequence based, with the clue for the pattern sequence shown at the bottom of the screen (reading left to right). So for example, the first cloud section that you need to cross (after coming out of the cave), the colours of the clouds you need to stand on are shown at the bottom of the screen. It's the same for the next room as well, and with all of the other puzzles - all pattern based. With the Hattifatteners room, that didn't work as well, as it was was just an avoidance puzzle, and I now think it's difficult to gauge distance from the 3D angle I chose.

Thanks. Which particular parts do you find frustrating. I'd like to improve it.

You can add more colours and frame animations in the game data panel. This tip sheet tells you how. https://docs.google.com/document/d/1jRz3wgkQU3kZN_LGChw4UlMWhVoc145J-euBtkr7NeE/edit

That was really interesting. I know nothing about tarot apart from the stuff I pick up from cheesy movies. I liked you how explained the cards & also what they signify to you.

That was well-written and well-paced. It all (text, images, audio) worked well as a way to paint a picture of a difficult situation.

:D I should have seen that coming. That was an entertaining short narrative. I like the layout out of the 3D Bitsy as well. It all worked well together.

It was fun exploring the shelves. I love the fact that you can stumble across such interesting and unexpected things in a library. :)

I really liked the flow of this, & the way you put across the detail about those small distractions (in the ext & visuals) really worked well.

I just realised you created this in Adventuron as well. I've been considering using that recently. Good to see what it can do. :)

I enjoyed playing this.  I haven't played a text adventure in a while. The visual style is fun and worked well with the narrative. I'm not sure if there was any way to change the ending, but I played through a few times and didn't find an alternative ending.

It worked really well. The dialogue felt  natural even though you were talking to a demon. :D

:D That was fun. So many funny lines and what a conversation!

That was so quirky, disturbing, funny & well told. The music and colour scheme fits it perfectly too. Great work. :) 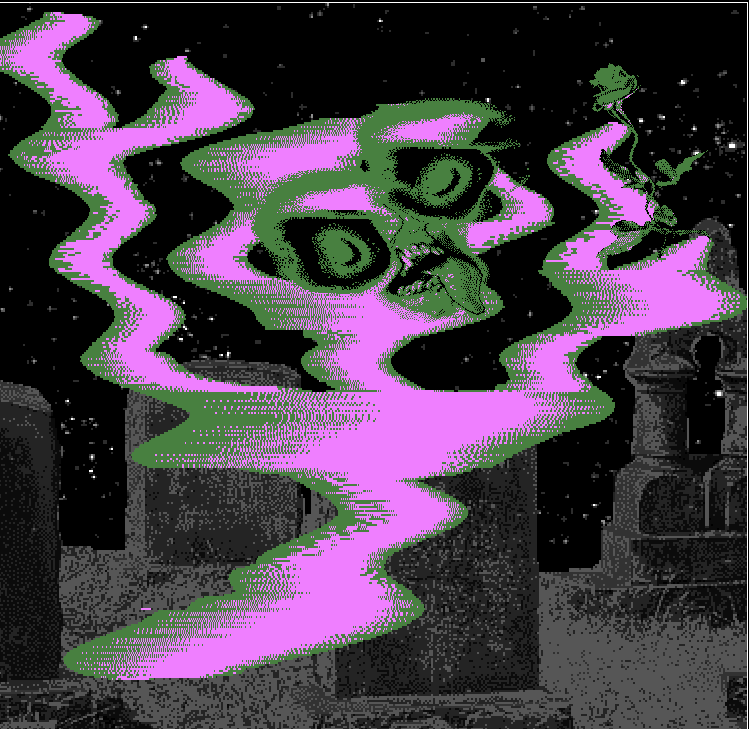 Some of these things are already possible through hacks. If you take a look at Borksy  it lists hacks you can use, and also makes it easier to include them in your Bitsy. Click on the arrow next to the Hacks section.  Image to Bitsy might also be useful as well - you can upload an image and it outputs it as a 2 colour room (128 x 128 pixels) that can be easily added to Bitsy game data.

Such a relaxing positive mooch around town. And you know I love these vibrant colours. :)

That worked really well as a puzzle game. Tricky too. I enjoyed the ride & the music. :)

This is such a great Bitsy. The storytelling & visuals are fantastic. 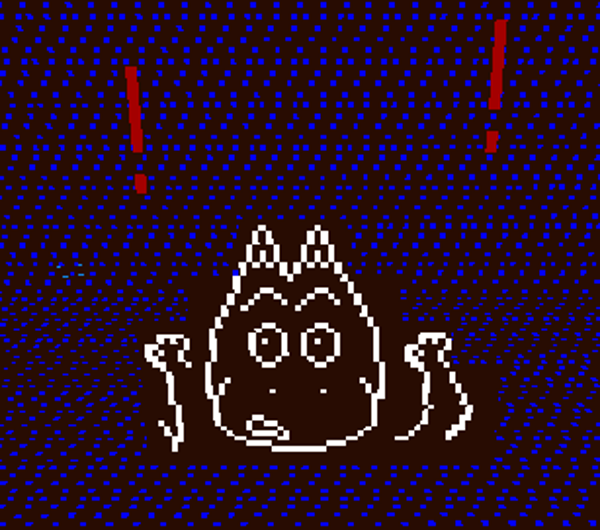 Get Moomin home and solve a few puzzles along the way, in this short 3D retro style browser based Bitsy narrative game.

This Moomin fan game (based on Tove Jansson's original characters), features a few sequence based puzzles, and a narrative touching on isolation and sadness. But it is also cheese-soaked, full of vibrant colours  & has a happy ending.

That was cute. Really liked the art style & music. :)

I've just had a look at Granny's Garden - yes, I can definitely see why it reminds you of it. :)

Thanks Tyedye - I'm so glad it hit the mark, and that you enjoyed playing it. :)

Thanks. I'm glad you liked it. :) I don't know Granny's Garden. I'll have to check it out.

This has such a nice summery feel to it. Great to see you using 3D Bitsy too. :)

This was so much fun with a lot of twists and turns, and great art. I liked the neat narrative tricks you used to move the story on.

This is such an engaging, detailed and entertaining story. Nice work. :)

I enjoyed that. It was a well told tale, and worked well as a piece of interactive fiction.

Thanks Eldridge. :) Glad you liked it. I plan to re-use the zappy guys in a future game & makes things a bit more difficult with bigger rooms.

Thanks  for the positive feedback, Enui. :-) I'd like to develop the puzzle aspect of my Bitsys further.

I've managed to add the feedback now on the site. :)

:) I just wondered if you have a list of features in Bitsy 2D that aren't in Bitsy 3D? I'm thinking about developing my latest Moomin Bitsy as 3D. It doesn't use hacks, just a lot of exits and variables.

Hi. I really enjoyed this. Really polished looking and interesting idea. I've rated it on the Ludum Dare site, but unfortunately the comments section won't load on there, so I can add any feedback.

This looks so good. :) Nice to see an interpretation of a song like this too.

This is looking so good. Nice work. :)

Very atmospheric. It felt as if i was an organic cyberpunk tale or set in a JG Ballard narrative.

There are so many amazing treasures in your local area, and new things are being discovered everyday. It was only this week that the Metro reported on a medieval shrine being discovered by the side of the railway at Guildford in Surrey.  If you're based in Surrey, take a look at some of the amazing local finds in the Surrey Heritage collection.

Take a look at an online museum or gallery local to you and create something based on whatever you find in their online collection.

Is there a building or site with a historical significance near you? Or maybe there's a famous person linked to your area? They could be famous for any reason. Maybe they're a scientist, artist, musician, actress, architect, or sports personality. Do you have any local myths or legends? Could they be the local treasure you create something about?

Why not take a virtual visit to the ancient Inca city of Machu Picchu, situated in the Peruvian Andes, and take a peek into its history.

The views from up there are amazing.

Why was the city built here and what are its mysteries?

Some people suggest aliens played a part in its creation, but many more say we shouldn't believe that.

Wander around the city, explore artefacts that were left behind, and discover the stories behind this ancient mysterious place.

No. It just stayed on the Bitsy screen, but I couldn't move or interact with it. The screen was animating okay though.