A meditation for PROCJAM 2019
Submitted by Bálint Magyar (@hellobalint) — 5 days, 2 hours before the deadline
Add to collection 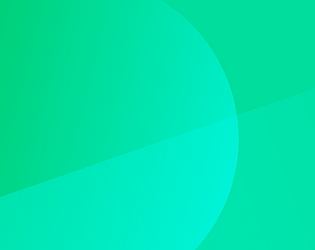 Very lovely idea. I included it in my ProcJam compilation video series, if you’d like to take a look. :)

Thank you so much ❤️

Very simple and nice. The art is really perfect, and I wasn't always sure if I wasn't somehow controlling it with my mouse movements.

Interesing ... very simple but relaxing visuals.  From the screenshot, I thought it was going to be about orbiting a planet :) Now that might sound like a complaint, but the fact that two intersecting lines somehow suggested a planetary orbit says a lot for how simple graphics can actually convey complex ideas.  It also shows the power of procedural generation, as I am guessing you did not plan that!