The Dungeon of ColorView game page

Fight you way through a perilous dungeon with a bow and arrow at your side!
Submitted by UltimateProGrammer — 1 hour, 38 minutes before the deadline
Add to collection 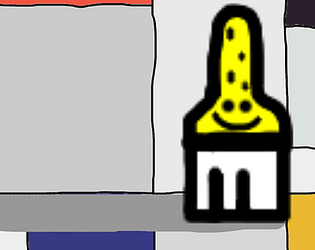 The Dungeon of Color's itch.io page

Well it's a top down shooter. Pretty cool idea. The movement feels very weird since you cannot move up or down at the same time that you are going left or right. (you can change that by changing your movement code from else if to just if for every direction.

Thanks. I'd actually had this problem on my other games, and I ended up just thinking that it was based on the engine I was using. TYSM!!

Bosses are cool,music is too ,Controls is a bit challenging as Avantir said , and overall game is cool :D

The movement controls are a little awkward, namely how you can only travel in the cardinal directions and some directions override others. But the idea of the combat is interesting and fun, and I like the enemy graphics. I also ran into a few issues with bosses either getting out of their arena or out of the map entirely. And the paint, while cool and useful, doesn't seem emphasized enough. By which I mean, the use of paint to block certain coloured enemies is much more interesting than the rest of combat, but you're interacting with it much less than the rest of combat.

I like the boss fight part with the spray can