It's cold. Too cold! But you're hot. Super hot.

This is you, and you've just about had it with all this cold nonsense 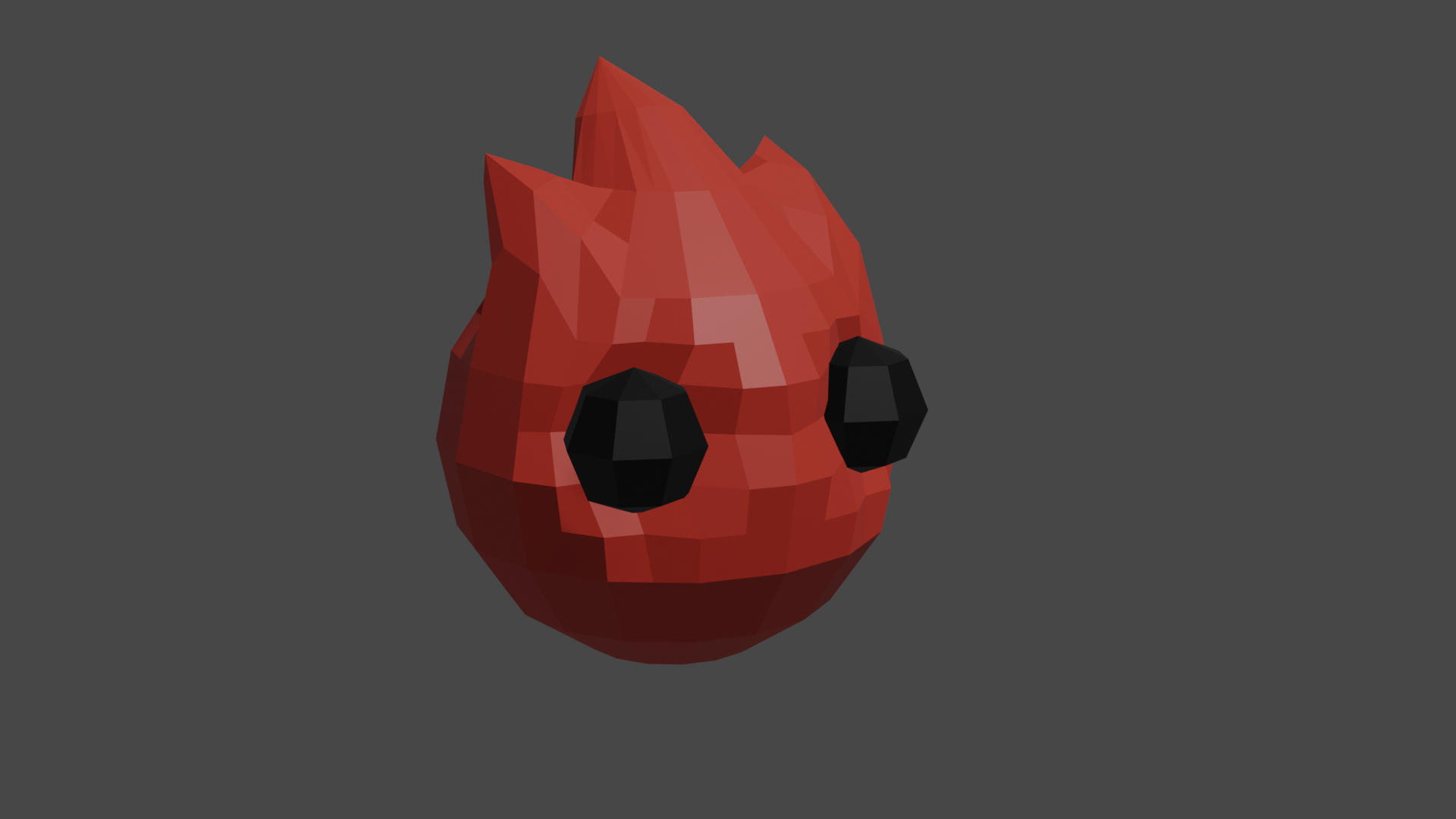 So why's it so cold anyway? What's that? It's January? An educated guess reader

But a wrong one!

No it's THESE JERKS! 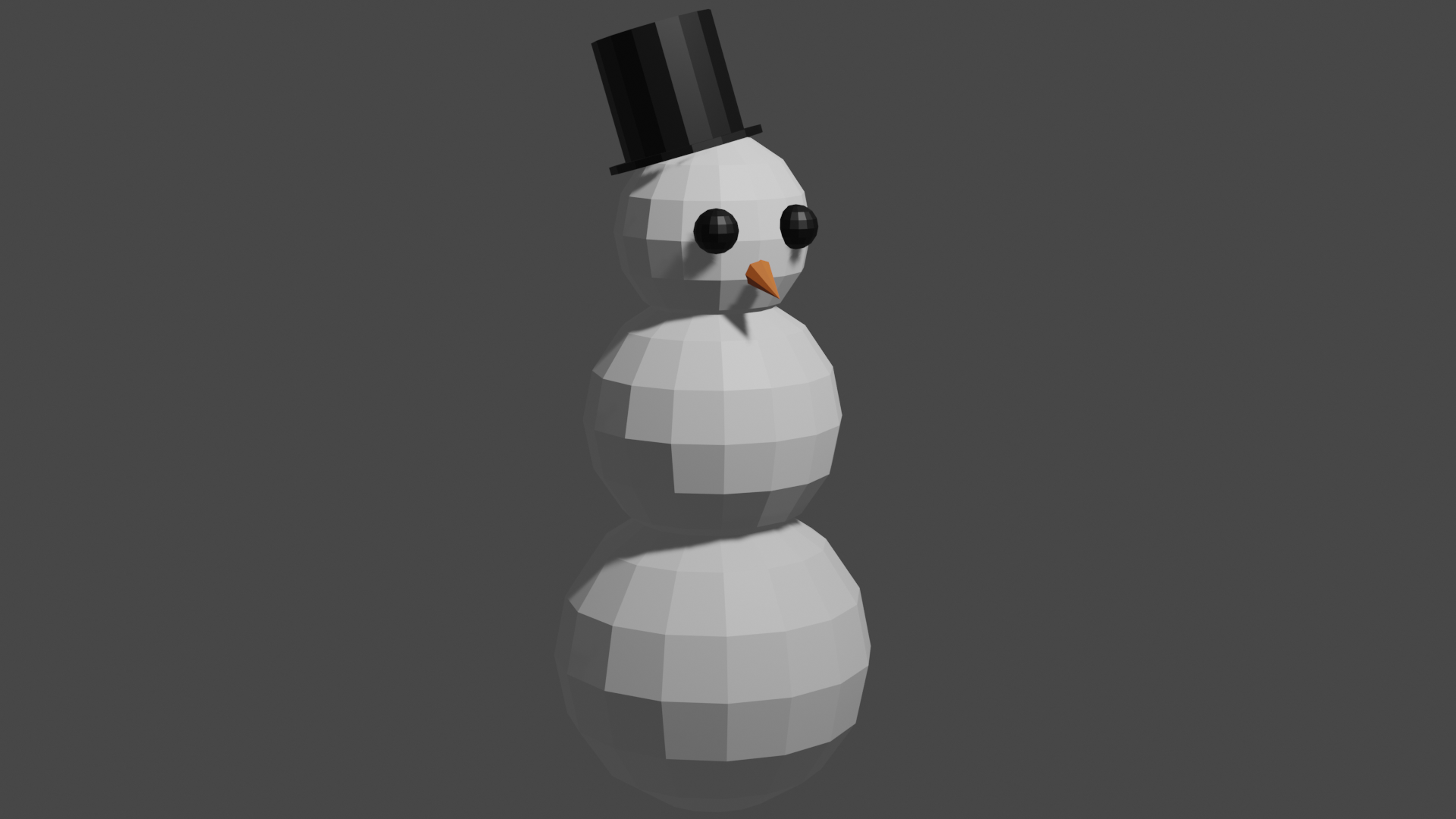 Think about it, you ever see snowmen when there's no snow around? Of course not. You gotta get those guys outta here, and then things can be hot again.

Thaw is a 3rd person 3d Godot game in which you, a little fireball, shoot fire at snowmen to make the world a warmer place. The core gameplay loop is you move through the world looking for snowmen to destroy, sometimes overcoming platforming obstacles to reach them. Once you destroy a snowman, the section of the map they reside in will be thawed, removing the snow from the trees and ground and causing flowers to bloom. 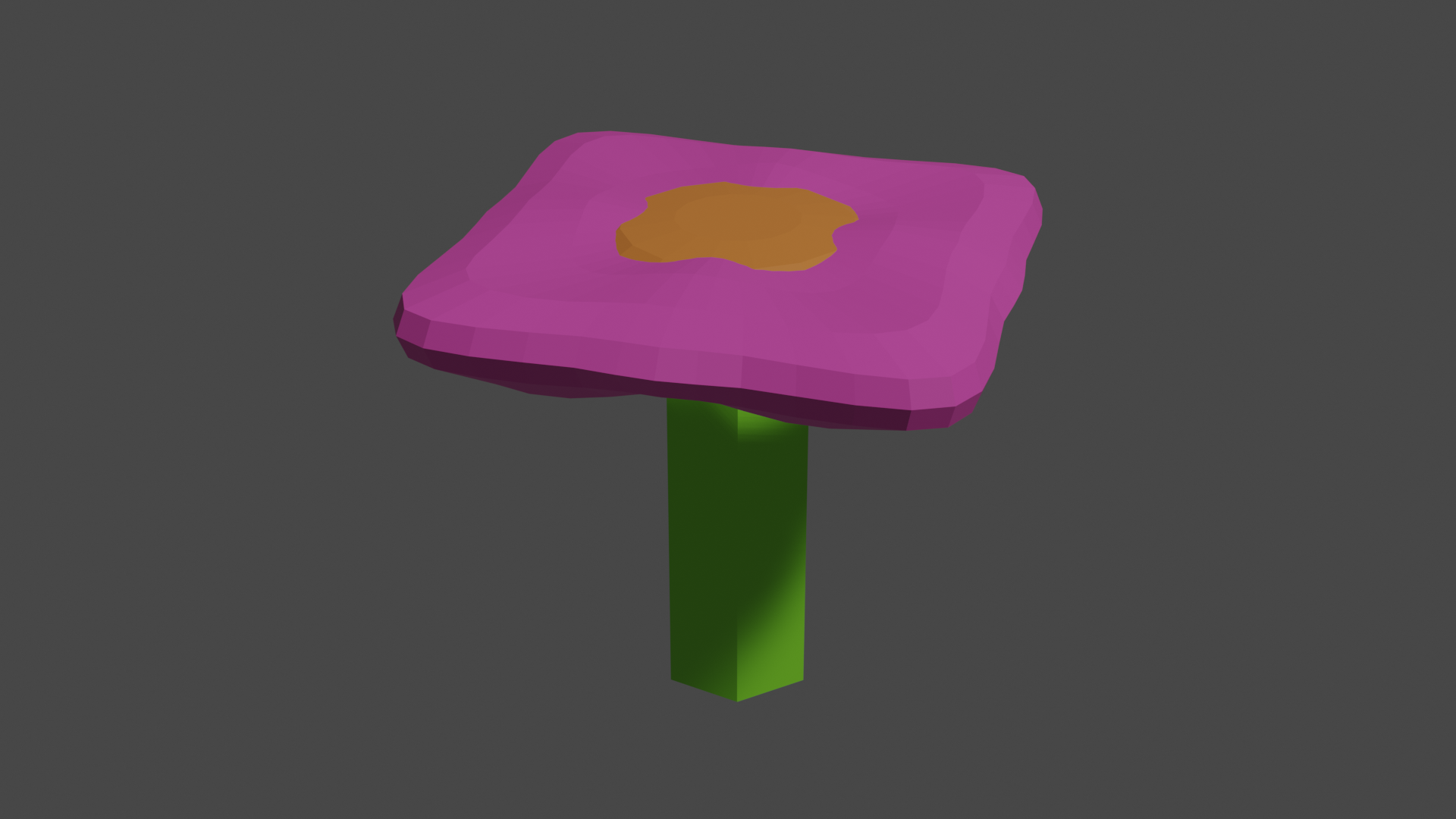 My eventual goal is to make a character action game, and I figure the first step is just getting a character moving around in 3d and giving them an attack and an enemy

So far I've made models for:

The trees and ground tiles are made up of multiple meshes in such a way that will hopefully allow me to hide all the "snow" in a particular scene.

All these models have been imported into Godot as their own scenes and given hitboxes. 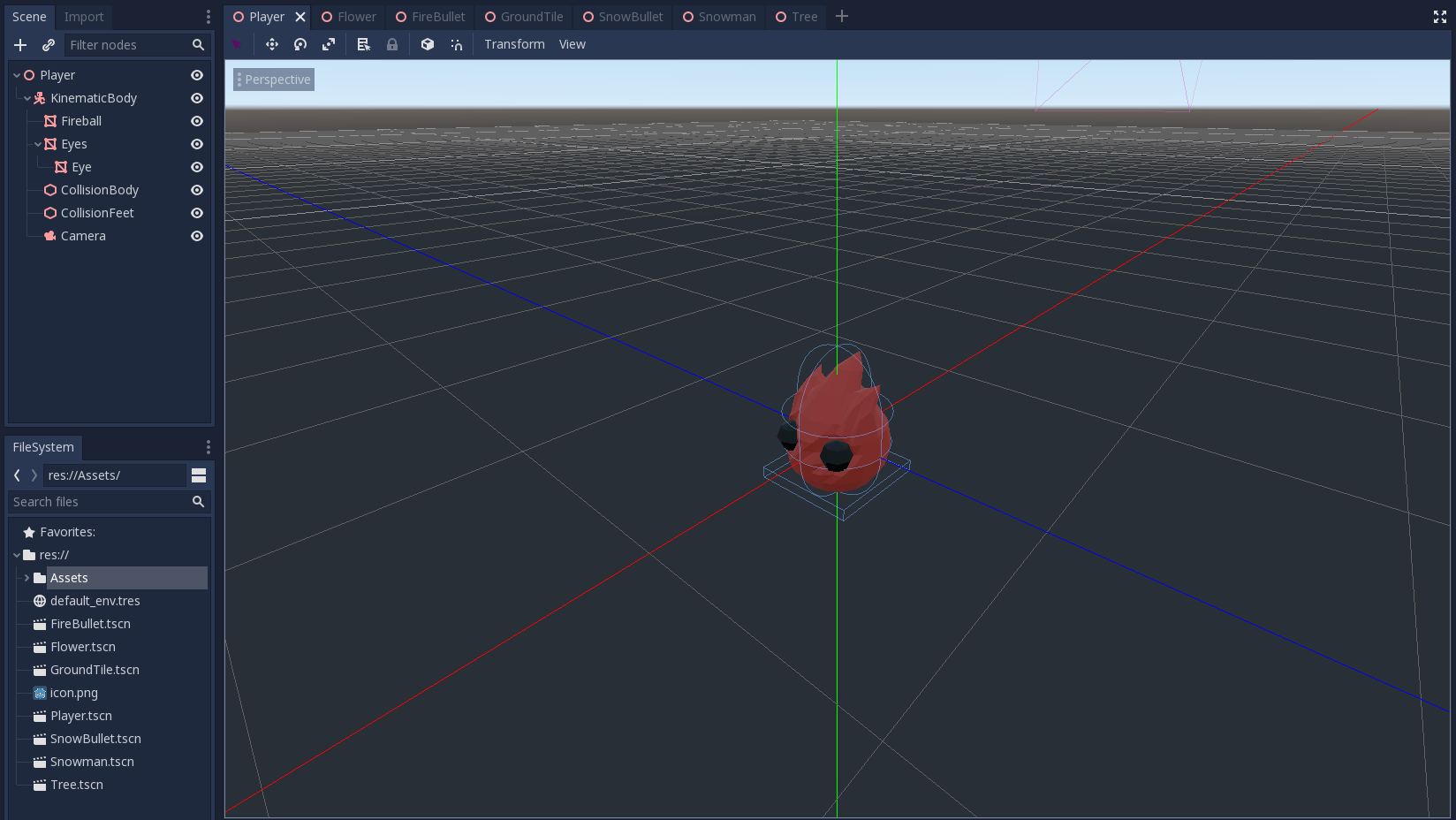 My current next step is to build scenes out of these pieces that will serve as chunks of a map. Each will have one snowman in it, that when destroyed will send a signal to disable all the snow meshes in that map chunk scene. The eventual goal is to import all these map chunk scenes into one main scene and have them slot together to form one cohesive map

So excited to see your progress! I love the little fireball character!

oh my gosh this concept is so fun i love it!!! i love the models so much!

Well i was making another devlog but then accidentally deleted it so the SHORT VERSION is I made the first map node and i'm going to use it to write and test my code before making the other nodes, here are the two versions of it: 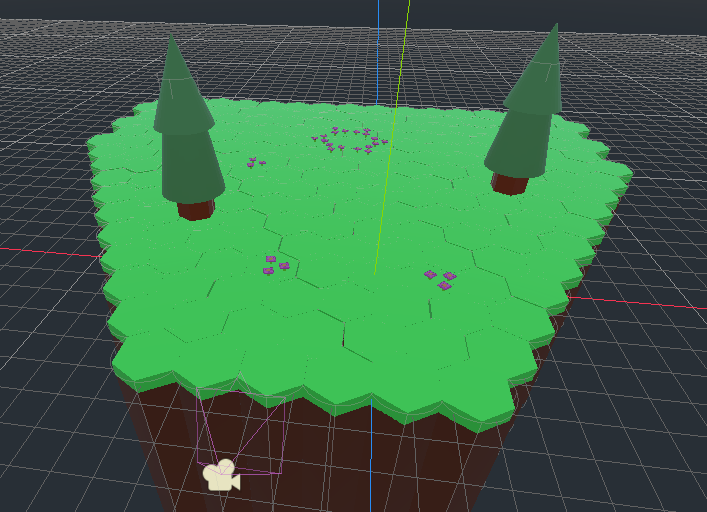 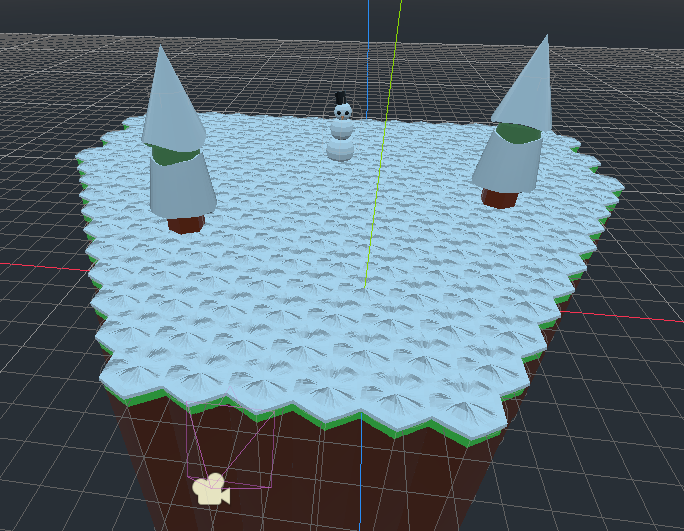 (It's not perfectly aligned cuz i made it with the snow enabled, whoops)

Next steps are handling the visibility of the snow/flowers

The snowy objects are children of a node called "Thawable" which i will disable the snow either through a nested for each loop where i'm getting all the children of "thawable" then all the children of those and disabling certain meshes, or by having each map chunk inherit the trees and ground from different tree/ground scenes and disabling the snow on the one they inherit from which if i'm understanding godot correctly *should* disable it on all these as well.

Glad for all the support so far, see ya next update!

I like the look of the fireball and the snowman! What did you use to make them? Sorry if that’s a dumb question, I’m not familiar with what Godot will let you do, versus where you can import from. :)

oh these tiles are so cool! i can't wait to see the thawing in action!

After some real life mishaps (I got locked out of my apartment...) and distractions (theros drafts on mtg arena) were taken care of, I once again began working on my entry.

And boy, this update is a doozy.

After some... slight camera issues 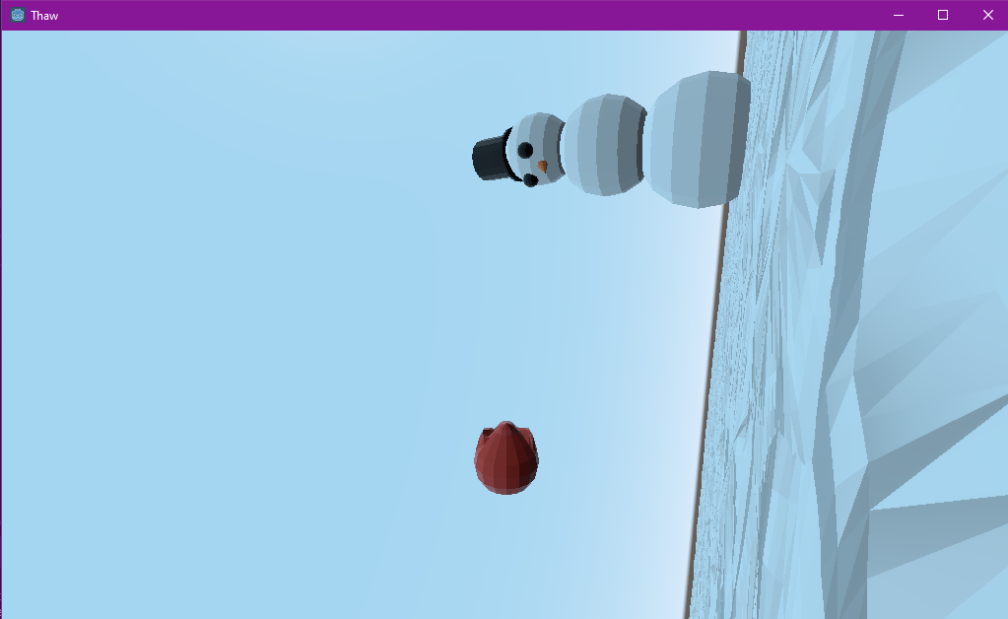 I have all the gameplay functionality coded!

Feast your eyes, fellow jammers! She moves! She breathes fire! She melts snowmen! She thaws the earth so that flowers can bloom!

Not only that, but I also made some quick sound effects for jumping, breathing fire, the snowman melting, and the area thawing.

For now, the coding is done and I'm back to map making. Once I've made the map bigger, I'll get to work on coding a victory screen and a start screen.

See you next update!

Made 2 more map nodes today, as well as setting up lighting.

Ran into a problem that i thought was caused by having too many tiles but was actually caused by something else, so one node has really big tiles because i thought that would fix it before i found the real issue and i don't feel like changing it back. 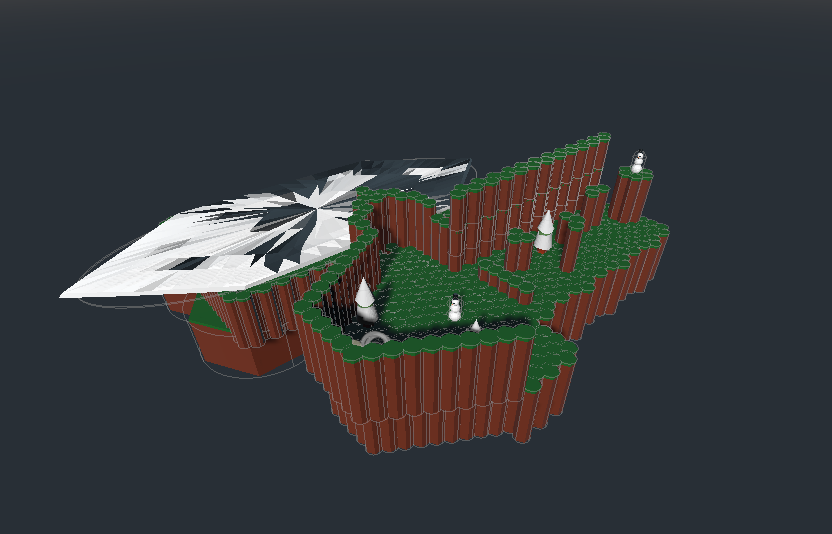 The map chunks so far are the starting area, a platforming bit, and an underground bit where you have to find the snowman in a dark area.

For lighting, i turned down the default ambient lighting and added a directional light as the "sun", as well as adding small omnilights to the player and flamethrower because, well, they're made of fire. I briefly considered having the player not cast a shadow because of that, but it ends up looking kinda weird.

Also i messed around trying to make the grass tiles be random shades of green but once i got it working there was a ton of z-fighting so i scrapped it, ah well.

I have an idea for one more map node already (a maze), i'll have to figure out more because i want at least 3 more, probably more than that

See ya next update!

Made start and end screens