Is anyone else a little afraid of Mushrooms?
They're a little terrifying huh?
Mothbean
Fantasy Tax Simulator
Do fantasy taxes!
Mothbean
Simulation
Play in browser

Thank you I really needed that

Watched my girlfriend play this from across the room and it made me feel like I was back at wal-mart having an anxiety attack in the stockroom. 10/10 excellent replication of the retail experience.

Thanks I think Im afraid of teeth now!

The first thing my boyfriend did when I gave him the keyboard to try it out he went hard left and fell forever. I'm sure most people won't do that though.

You can post it here or @Mothbean in the mfgj server :)

The text verification doesn't look at the signature/date fields those are just there for Style.
If you can give me a screenshot I can tell you which line is wrong, I'll try to expand the text verification at a later date to not have to be so incredibly precise.

Fun game! The jumping is a little weird, but that's fine.

I like it a lot, if you were to add anything else I'd go with some kind of damage feedback like a screen flash.

Great prototype, I'm glad you got the cat paw working after all those bugs you posted about in the discord, hope you keep working on it!

Love endless runners, but I think you should have some boundaries on the side of the map because it's very easy to go to the side instead of straight and fall OOB. Also maybe a death plane under the map to prevent infinite falling.

I think it's still a bit floaty, and the crouch jump in the tutorial is hard to pull off, maybe a bit of a shorter jump or a little higher of a ceiling in that section? I do think it's very cute though!

Really cute, I like the music and the art a lot.

Love the art and the music, and the little piguin.

Thank you so much! Hopefully we can get the second client running, as well as the music composed for it playing in a future update.

Numbers need to be input with both $ and commas at the moment because of the way the text field verification works, and names need proper capitalization, same with the filing status field.

The game is live with one playable scenario! Play here!

It's been a minute, I'm not good at getting work done on weekends.

We've got dialogue implemented mostly, the script for the first client isn't quite done yet, but we're almost there!

We did have a fun little bug though, I had downloaded Godot 3.2 to mess with, but our writer was still working with Godot 3.1. Not their fault, I didn't say anything. Turns out Godot 3.2 changed something because variables named Script no longer work in it, and it created a parser error that took me much to long to realize it was because of the upgrade. So. Watch out for your variable names if you want to upgrade to 3.2.

Other things that have been completed:

So that's about all the things done. I've got some notes though because I decided to scrap the invoice and receipt system, for now. It's going to require additional art assets, various animations, and potentially globally saved variables. I am not experienced enough to get that done in the next two days, and I'd rather focus on getting everything else working smoothly so that by the end of the jam we have at least one playable client. This is really the only thing I've had to scrap for the Jam, and I'm glad it was. I'd rather scrap that than dialogue or something else important. If it gets updates after the jam, then the system might come back. We'll see!

I'm excited by our progress, and I've learned a lot! Hopefully we get all the loose ends tied up before the end of the jam.

So all that's really left to do is:

Day 6+7: yesterday was hard but we're back on track

So the day before yesterday I had a rough day and didn't get anything done. Today I also had a rough day but it was related to getting things done. I may have screamed at Godot. But it's fine.

Today however, I had the goal of setting up transitions! So that it's not just a jarring jump from one form to the next. And it went okay. I tried to do transitions using the animation player on the papers, actually fading them in and out with modulation but I didn't like how that was going, and it was too many animation players. So instead I made a transition shader. It's, literally the same transition shader they make in this youtube tutorial. And it works perfectly for what I want it to do. I only had to rig it up with one animation player instead of, one per paper.

Those are, pretty spiffy. I think. And that's it. That took awhile because I got Very upset at animation players.

Still waiting on our writer to get the first scenario done in the dialogue system so i can implement it, as well as waiting for some art assets. but other than that I think everything is in place for us to have one playable scenario by the end of the jam. I'm still not gonna bet on it though because, I don't like having too high of hopes.

I've also got placeholder receipts and invoices while i work on prototyping their mechanics, and once that's figured out I can make actual templates if it works. So most of my to-do list is done. So time for a new one:

So excited to see your progress! I love the little fireball character!

I ended up being able to implement quite a few things last night and today!

Last night after getting the text validation working, I started working on buttons and non-fillable forms!

So now we have 3 papers that you can switch between The fillable form 1040, the W2 form (that will change per character and be swapped with form 1099s), and the tax table!

Since I do partially want this game to be educational I feel i should explain these forms a bit here in my devlog, feel free to skip this paragraph. The form 1040 is what American taxpayers technically file to the IRS. Most don't actually fill it out while looking at the 108 page instructions. If you've paid taxes through a service like turbo tax, they fill out a digital version of this form for you and file it as a tax preparer. I've simplified this heavily. There's normally a large section for declaring dependents (nonworking spouse and children under 17, or an adult child, significant other, or family member (or someone who lives with you for a full calendar year and you pay more than half of their living expenses.)). The deductions that come with having a dependent, or multiple dependents, are very complex and above my pay-grade right now. I think all the papers I've implemented is already a clunky system.  Of course this means this doesn't function as a fully educational simulation of American taxes. I've however kept all of the parts of my taxes that I have to fill out, so that this can be helpful to people like me (Single, no dependents, only once source of income that pays with a w2. I also hope to acknowledge paying taxes with a form 1099 and business deductions.) But if you're like me you pay your taxes as soon as you get the W2 and you use turbo tax so that you can forget about it for another 12 months.

OH BOY WAS THAT LONG. I'll save talking about the other forms for later I guess that was a lot of talk just about the 1040.

Lets talk about what I actually did today.

So that's day four! Now I have some planning to include in the bottom of this so that I don't forget what I'm doing. Because i keep forgetting to take notes and it's slowing down my workflow.

I considered that but with my current text and layout, as well as rather small resolution, I think it would be a little too hard to read. If i end up reworking my text then I might.

Okay, 3 days in, I have something that functions. It's amazing! Thanks to everyone in the discord for all the help they've provided, I'm incredibly green when it comes to programming.

Hi, I'm Mothbean, I'm the lead programmer and designer for Fantasy Tax Simulator (Title subject to change). I'm working with speck (Omelette here on itch.io) for writing and additional programming, Cedes for character design, and ASDERDE as our composer.

Over the first 3 days I've been working on learning Godot, slowly but surely, as well as simplifying American taxes! Which oh boy is that a treat.  I'm gonna try to roughly break down the last 3 days. 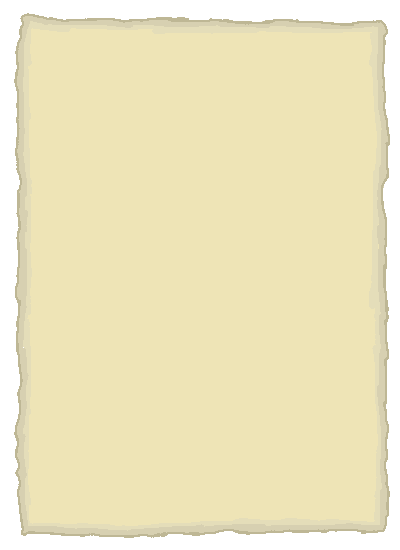 Day 3, the day where we actually accomplished something: 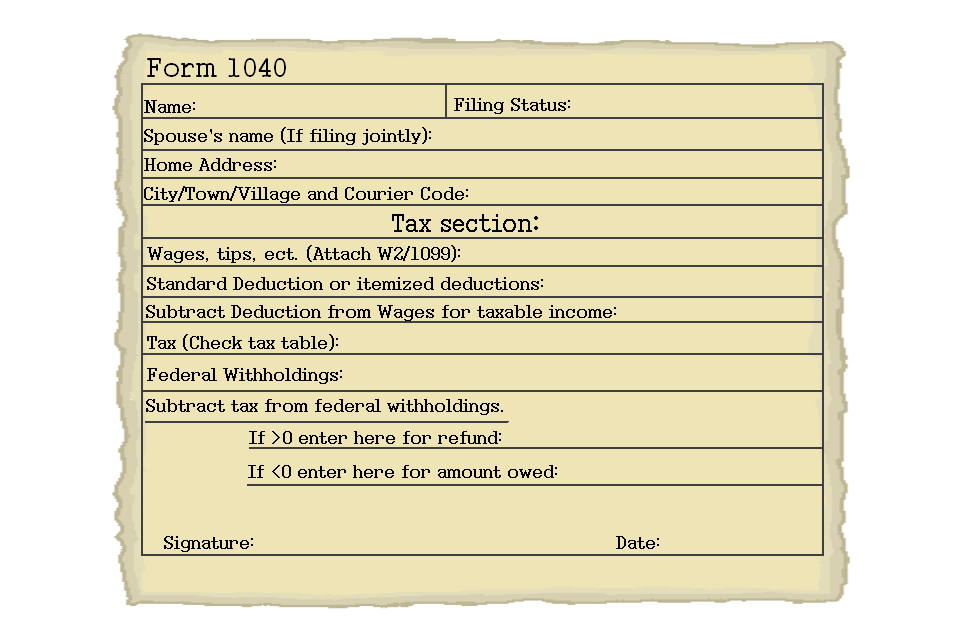 And that has been the first 3 days of this jam summed up for me.

Programming is hard and takes time to learn. That's all I have to say.