Direct a laser to its target by rotating mirrors.
Submitted by Fobok — 1 day, 4 hours before the deadline
Add to collection 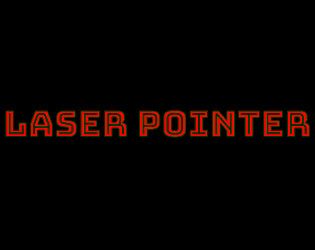 Good game, just a minor nitpick: I feel that there's a lack of feedback, so if you miss you don't get to see where you got it wrong. Might have been clearer if the laser beam persists for some time, although I guess that would make it too trivial to complete?

Yeah, that was my thought. If the laser beam persisted then people could just change mirrors on the fly until they got it right. I was trying to figure out a way to let people see where the laser went, but ran out of time before I could figure it out.

nice use of mirrors related to the theme.
would have been nice to have less glow on the walls (in at least the last zone), made for some really intense contrast between the light and dark, started to hurt the eyes and was hard to see where everything was going.
sounds were good. music felt a little to fast beat for for my liking give the 'there is a time limit' feeling.

Thanks :) And yeah, trying to find music was a pain. I was hoping for a more thoughtful theme to the music, but all I could find was super-hyper or so calm it made the music in Kerbal Space Program sound upbeat.... and, as I type this, I realize I could have used incompetech. It totally slipped my mind when I was looking for music.  Hm.. less than 3 hours left, there may be time to find a new track and update.

Oops, sorry, I didn't realize Linux had an issue with different versions like that! (I really know very little about Linux other than some command line usage.) I'm just heading to bed now but I'll compile the Universal version as you suggested first thing in the morning, and reply again to let you know.

i did some research. It looks like the 32bit libraries may be able to be installed on a 64bit version. But aren't by default as the are not needed. Since this isn't installed via a package manager, dependencies are not auto installed (which in this case is the 32 bit libraries).

32bit comes with some significant memory limitations and what not. I believe the only reason to have 32bit binaries for any OS would be for backwards compatibility with old computers that don't have 64bit processors.

64-bit Windows has no problem with 32-bit software, and this little game doesn't go anywhere near the memory limitation of 32 bit, so there was no reason to make it less compatible (many Windows users are still on 32 bit, since there seems to be a dislike of updating in the Windows community). I didn't realize it was an issue for Linux, or even that the universal option existed.