Keep up your momentum, and reclaim your <3 !
Submitted by nemo_dev — 55 minutes, 23 seconds before the deadline
Add to collection 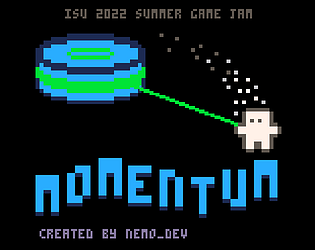 Very very fun game, very polished, good feedback, fun gameplay loop, very challenging, great audio, simple and effective art. Very awesome and releasable with a few more levels in between. I have to echo Gian on this one, the camera was a bit wonky at times. Maybe allowing to freely view the playfield before starting would be a good upgrade.

This game indirectly took me back to the physics class I just took this semester, but for good reason! It also did remind me of grappling hook/Spider-Man physics, but in a really unique way! I also do definitely enjoy the speedrun potential of this game and the puzzle/action aspect that gives players different approaches to pass the same level! I will say, I was pretty bad at it at times, but overall it felt great to get past a level!

One nitpick I have is the camera, especially on a first playthrough; sometimes I found that I couldn't see where I was swinging to in the longer levels-but I suppose that trial and error is part of it! I did find myself frustrated at times because of weird release angles that I thought would release me in the right direction, but I think that was just me being bad.

Beautiful! Tightly programmed! This looks like it took a ton of effort. I am confused if the musician is part of your team or not, because they are, I'm giving it 5 stars for audio. Either way, it fits the game great.

The musician is not part of my team. @gruber_music releases free to use pico-8 music albums. The track used is "nostalgia" from his first music pack: https://www.lexaloffle.com/bbs/?tid=29008

I only modified it slightly in code to have the bass layer play in the menu and have the second layer added without interruption when the game is started.

Awesome game! Super challenging but very addicting. Fitting art style and music too. The path tracking was cool to see at the end of each level and I was surprised to see the death counter at the end too.

I definitely struggled the entire way but the journey was worth it. High quality visuals, audio and gameplay all throughout the game. Great job! 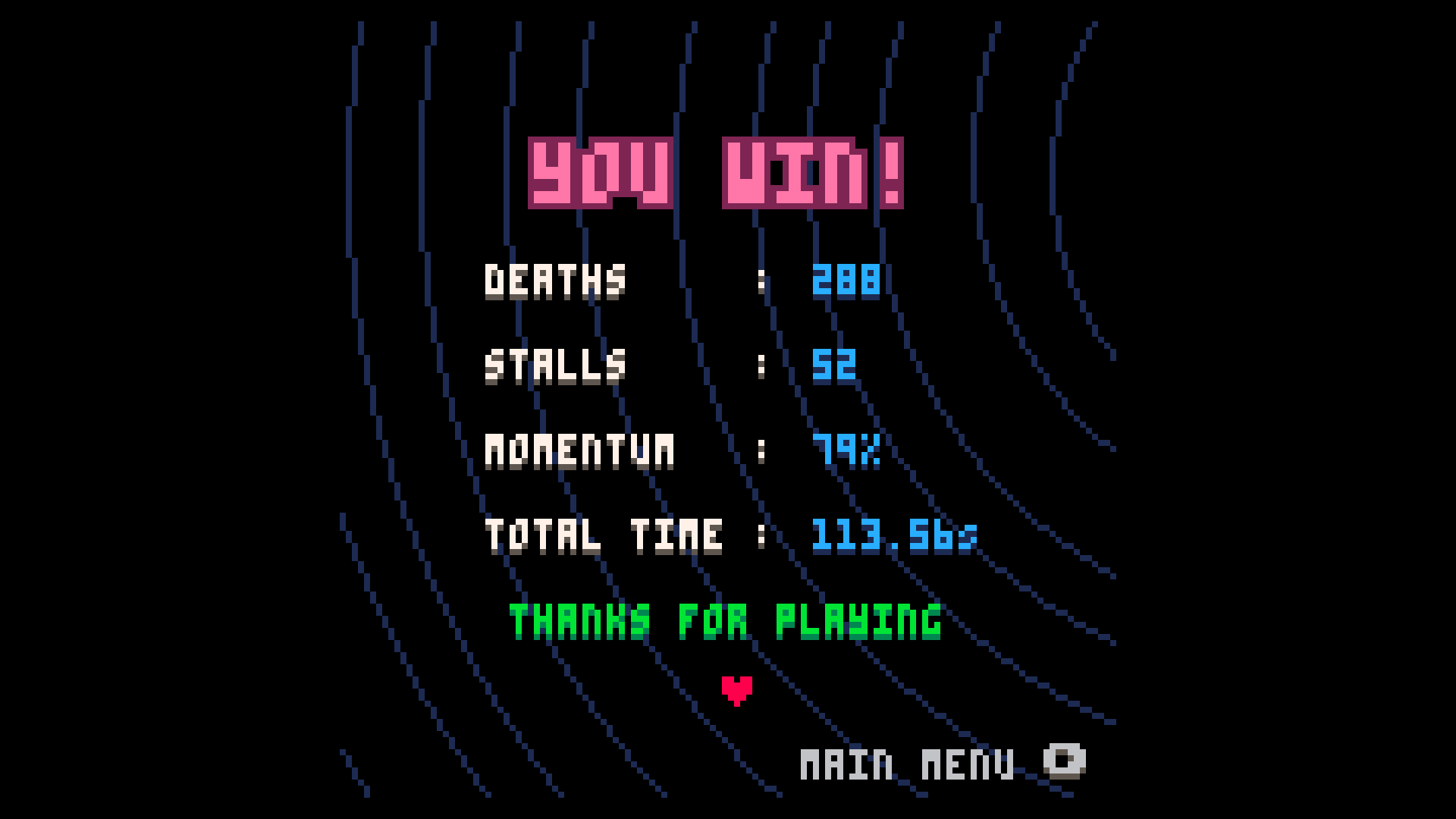 Very polished game! The momentum mechanic could get tricky at some points especially the last level. Lots of cool effects going on throughout the game

Once I started playing I was absolutely compelled to finish it. 10/10