Space shooter where you can turn back time, but do you?
Submitted by Brad (@suskoolaid) — 3 days, 10 hours before the deadline
Add to collection 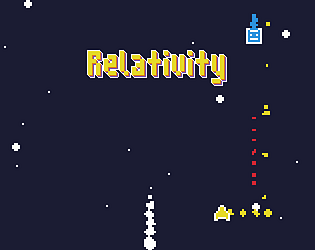 Nice shooter! I included it in my Godot Wild Jam #17 compilation video series, if you’d like to take a look. :)

Solid little game! I like the aesthetic, and you did well on the audio. Nice use of dynamic music. :D

I feel like most of what I'd say has already been said in Olaf's quite in-depth review. It'd be nice to have to actually use missiles, or the rewinding feature. It seems to be endless, I don't know if that's actually the case, I stopped at wave 8 since it began to get really samey so a way to switch things up every few waves would be great, or something like that.

It's a pretty complete game, and it's actually fun, which is hard to do in a jam game so congrats

The time rewind techniques is pretty and fits the topic. However, I never actually used it and I would say it is because the rewinded time window is to short. Sometimes after rewinding the time, it was even harder because I had to reorder where the things are on screen.

Absolutely! Would be a cool smartphone game using the gyro, too. :)
Two ideas for improvement:

1) Increase the difficulty between the levels tremendously!

2) Why is there a score, when you have already waves? Especially when I cannot see the score after I died!? ;)

Stable. Maby the enemy size could be increased slightly - sometimes it is hard to be exactly on line. The Hyper does solve the problem somehow.

Nice! I am not the biggest fan of pixel art but this one this well done! Parallax background, shaky cameras and the yellow tails are cool as well. Coler theme fits - nothing to worry about these grafics! Especially I like the ammo-display that follows the player. I wish the hearts would be displayed this way as well, so the player can keep focusing on the avatar.

To be honest, this game fairly reminds me of the old space invaders games.

Anyways, you participated your very first time and probably learned a lot! In the game I submitted there is nothing at all that is entire original but isn't the jam about learning Godot? 😊