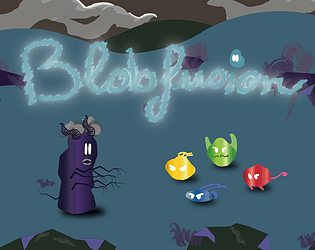 How does your game fit the theme?
Players develop their sole weapon capable of inflicting damage to their enemy by creating and nourishing the Bond between them, physically represented by a Light Being. Once the Bond is at its strongest, it ultimately leads them to the Fusion Form, controlled by the four players at once.

You have pretty good art style, but please add web version at future! :)

You got my rating :)

This concept is really cool. I couldn't play it with anybody, and had a heck of a time trying to control all 4 at the same time. Really cool though I had fun.

I can only play alone, and I get recked BIG TIME! X). Still, I really liked your little story behind the game.

You forgot to upload the .pck so the game cannot be run sadly :/ Also, for the future, never upload the exe file directly, pack it into a zip file and then submit that.

When downloading a .exe file directly, the computer might delete it thinking it's a virus.