Your are Charon, bringing passage to the afterlife. Souls you gather you deliver to their destiny.
Submitted by TaiPrev — 21 hours, 34 minutes before the deadline
Add to collection 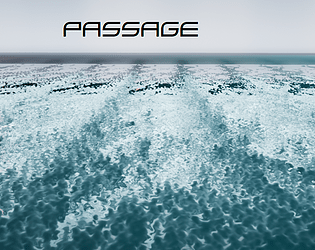 Theme inspiration
I was not inspired by the theme. So I took one of the definitions and applied it in a simple way in order to gain further practice with UnrealEngine4.

This was a cool experience! As Calamador mentioned, it would have been helpful to have an in game explanation for the goal, but the abstract approach is really nice. I really like how the sound layers build up as you ferry more souls.

Thanks for the feedback! I think I'll look into further improving this small demo before taking on a lengthier project.

The game has an interesting take on the theme considering you said you weren't inspired by it.  I never thought to think of passage as the passage from life to the beyond.  The gameplay is simple but works well enough.  Plays very much like a zen game to just unwind doing simple tasks.

There are a few improvements that could be added:

Overall a neat interpretation of the theme.  Hope you find success with the Unreal Engine in the future!