Get the acorns before the other squirrels do.
Submitted by Keirron Stach — 12 hours, 19 minutes before the deadline
Add to collection 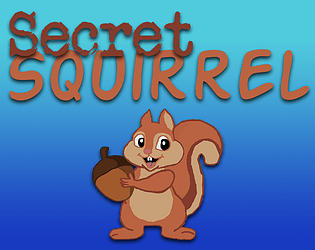 Hey, I thought I make a stop at some games with low ratings and provide some feedback, because a game jam is about learning something and getting feedback. So, here is my feedback.

First of all, your music is really nice and chill. I like it a lot. The graphics are quite good. I love the little detail with the dust when running.

Now to some parts which could need some improvement:

I hope my feedback helps you.

I would appreciate it if you could checkout our game ;)

Thank you very much for your reply. We did realise it was not the best for a game jam to do a multiplayer only game. I would of loved to do an ai but as you mentioned it is a game jam.

I know it wasn't best for ratings but this is what we were excited to make. If I was to turn this into a full game I'd love to make a fun single player mode.

Your suggestion for the popup is really good and I wish I thought of it. Hindsight is 20 20

Lastly definitely going to look at your game tonight. I look forward to it. Thanks again for checking out Secret Squirrel

I couldn't start the game :(

Did you use an XBox One/PS4 controller? It's controller only.

yes it's 2 to 4 players with game pads only.

Unfortunately I don't have a controller around here. :(

It's no problem, thanks for trying.