A little ninja & her sleepy pistol - AGBIC 2018
Submitted by Ramifactor (@Ramifactor) — 13 minutes, 20 seconds before the deadline
Add to collection 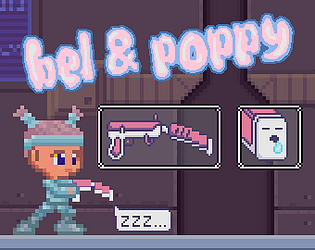 So much wonderful characterisation. The Hug/Recharge was very sweet and the whole concept is appealing. I wish I was skilled enough to play through to get the rest of the story.

Thanks for playing Jay!

I was hoping that the addition of the warp room (checkpoints) would allow everyone to finish without too much difficulty.

The game is meant to be tricky, but not frustrating.
Was there something specific that you couldn't get past?

Thought I'd jump in here quickly to point out that the latest version of the game has been significantly tuned to smooth out the difficulty, especially for those playing on keyboard. Also, the flowers now restore 1 heart when touched, which makes things easier overall. Hopefully more players can now make it through without too much frustration.

Very interesting game! I included it in my A Game By It’s Cover 2018 compilation video series, if you’d like to take a look. :)

Thanks for playing Jupi!

I was looking forward to this entry and I'm excited that it's playable now!

The artwork is totally adorable and the "recharging" is probably the cutest healing mechanic that I've seen in a video game in a looooong time.

The gameplay works pretty well most of the time, but gets quite challenging later on. A bit too challenging for my taste. I think checkpoints would be helpful, for example everytime you pass a flower. I made it to the room with the third flower and eventually gave up when I ran out of energy and had to start from the beginning again.

I think the flowers would also be good checkpoints from a narrative perspective, given that they tell parts of the rather emotional backstory. Having to pass them again after every restart kind of reduces their impact.

Still, it's a great adaption of the cartridge that is both faithful and creative. The soundtrack is also pretty cool. I'm looking forward to your future projects!

Thank you for pointing this out. The goal was to make the levels challenging, but not tedious. Particularly for players on keyboards, some of the rooms can be quite tricky. I also had not considered the reduced impact of the narrative elements if they are shown to the player repeatedly (you could just run through those rooms quickly, but I can see how it would still be frustrating).

Checkpoints are a really good idea, so I came up with a nice & quick way to implement them. There are now 2 teleporters at the beginning of the second level which can be used to advance past the first two flowers, once you have already reached those areas. After this point, the game branches a bit (there are 2 endings), and it's fairly close to the end so I think this should be enough to ease the difficulty. 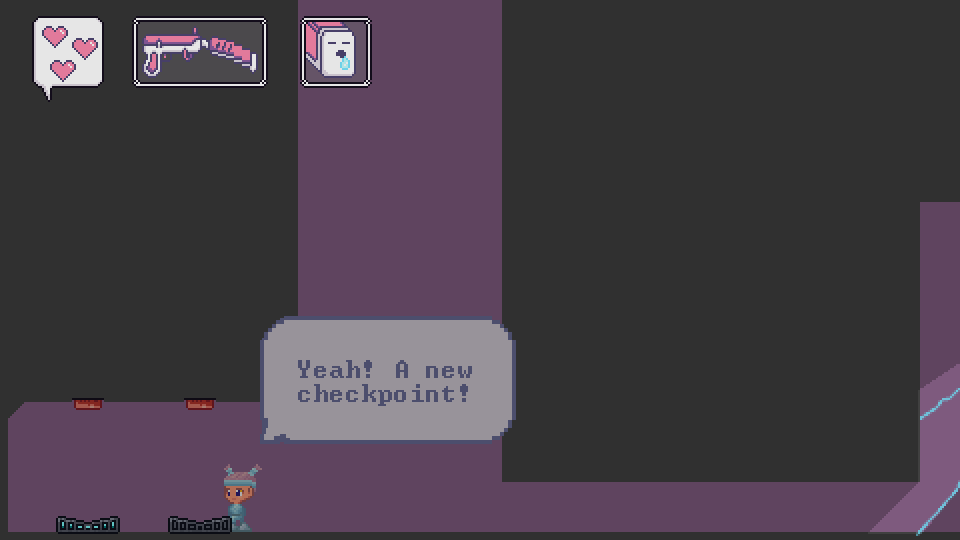 Really appreciate the feedback! Glad you enjoyed most of it and I hope you'll consider playing again through to the end some time.

Glad I could help! The new version was more managable with my...mediocre skills. The gameplay was still challenging, but keeping the progress made it more forgiving.

Having reached both endings, I'm pleasantly surprised how much backstory fits in such a small and simple game. I still got about 2/3 of the entries ahead of me, but so far this is my favorite!

Thanks again for the feedback, and I'm really glad you enjoyed it!