Classic ascii roguelike as an octopus
Submitted by kylep — 1 day, 11 hours before the deadline
Add to collection 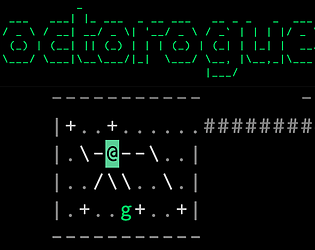 Do you consciously consider your game a roguelike/roguelite? (If not, please don't submit your game)
Yes - Roguelike

Quirky and enjoyable with a bit of a learning curve, there's quite a lot of satisfaction in slinging enemies against other enemies and haphazardly swinging a rock around. Somewhere of a cross between Octodad, Carrion, and a traditional roguelike there's a ton of fun to be had with this entry.