Destroy. Rebuild. Adapt. The world is your inventory.
Submitted by Kyzrati (@GridSageGames) — 1 day, 5 hours before the deadline
Add to collection 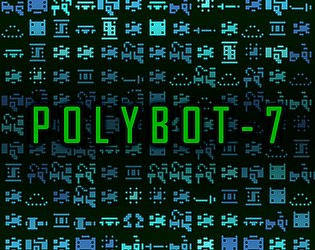 if you watched the stream video on the page, its sorta like a long tutorial

Nope, though like it's predecessor it works perfectly in Wine (I specifically fixed the few bugs that originally could occur under Wine, and its stability and polish are on par with running it under Windows itself).

Hi there. The gaem looks pretty. Is there a chance for a Linux Port?

Thanks! It did turn out pretty fun, and I feel that at its heart the 7DRL event is all about experimentation and innovation. Always plenty of interesting things that come out of it each year :D

First of all, let me congratulate you for making a game with such an innovative design choice: To make the whole level some sort of inventory instead of one which is connected to the character was a clever move! I really appreciated that, and that's the main reason why I recommended it in my article about it. But it's also such a great strategy and exploration game and nails the whole roguelike genre perfectly. I'm amazed, and I hope more people will play and rate it! Maybe our little gameplay video will help with that. :)

And a win! I streamed POLYBOT-7 this morning and apparently made enough right decisions :P. Seems pretty balanced overall :)

For anyone looking for a longer gameplay video, check out Nookrium's 20-minute run. He tried out POLYBOT-7 right after it came out, and has played a bit of Cogmind before:

I'll probably be streaming some of it myself eventually as well, and upload the results to my YouTube channel, but have to finish writing my in-depth 7DRL postmortem for the blog first :)
LikeReply
Jupiter_Hadley4 years ago

Really nice game! I included it in my 7DRL Challenge compilation video series, if you’d like to take a look. :)