When you boot up a new game, you never know what you’re going to get. Sometimes it’s a wacky arcade romp, other times it’s a personal narrative experience. This week’s recommendations mirror this duality. One game is a mature look into the way technology and mental health interact. The other is a fighting game about crabs. Read on for some gaming whiplash. 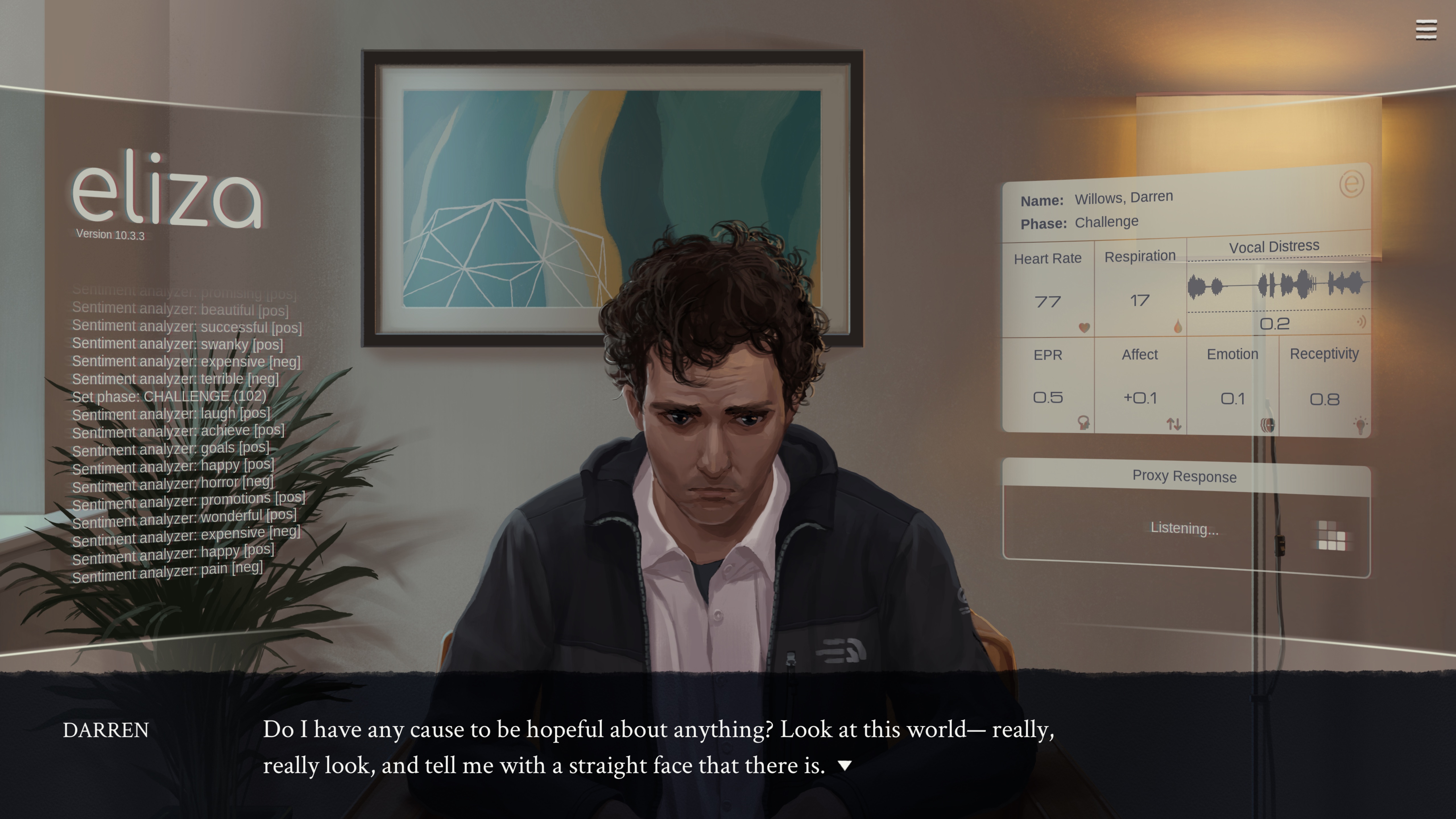 When it comes to puzzle games, there are few teams on earth who can match the consistent level of quality achieved by Zachtronics. Each time a Zachtronics project released I knew I was in for a brain-bending tour de force. That is until now. Last week Zachtronics released Eliza and while it’s in a completely different genre it still shows off the hallmark level of Zachtronics excellence.

Eliza swaps out puzzles and mechanical complexity for visual novel choices and emotional depth. Set in a time where therapy looks more like an app than a human being, Eliza is a story of what it takes to make and use such a service and what it says about those who do. The characters are all likable when they need to be and awful when it’s necessary. I’m both surprised and blown away by the mastery of language that the team has put on display, but Eliza stands as one of the best written games I’ve played this year.

Crabs are truly some of nature’s most horrific beasts-- they’re armored, they have scissors for hands, and live in the depths of the sea. Somehow, in defiance of both god and nature, the folks at Nusso have found a way to make them even scarier: equipping them with melee weaponry. Surely this could be the lead-in to some kind of horror game but thankfully Fight Crab pits these awful creatures against each other.

In what could be the year’s goofiest take on the fighting game genre, Fight Crab is a surreal fusion of sumo antics and armed duels. You can choose from several real-life species of crab, give them all sorts of medieval weaponry and then win through knocking your opponent onto their backs. I had fun learning the crabby ropes by myself, but if you have some friends the goofy physics take on a life of their own. The game is only in early access now, but it’s already the perfect drinking with friends game and I can’t wait to see how it evolves.

Eliza
$14.99
A visual novel about an AI counseling program, the people who develop it, and the people who use it.
Zachtronics
Visual Novel
Fight Crab
$19.99
Physics based crab wrestling game.
Nusso
Action