There has been a deluge of games recently about relaxing and I love it. Sometimes we’re relaxing on boats, sometimes we’re in forests, but this week we’re going in two directions I haven’t seen before, 3d painting and music generation. If relaxing isn’t your thing we also have a surprise 3rd game with animals playing sports. Read on for all of this week’s recommendations. 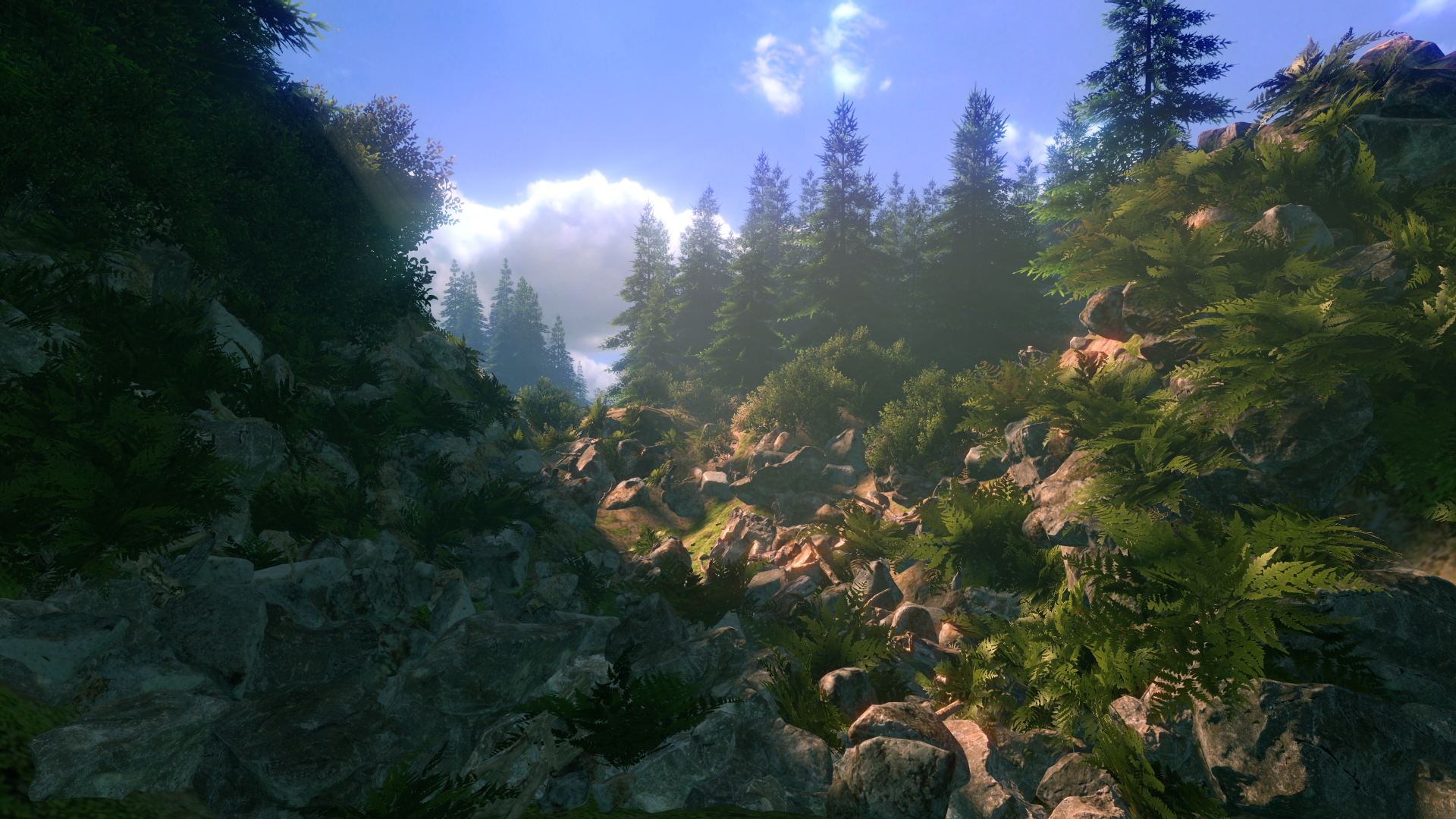 Fill your life up with happy little trees, or bushes, or animals. FlowScape is a Bob Ross painting come to life. When you start Flowscape for the first time it generates a small landscape diorama populated with trees, rocks, water, and animals. You can soar through your new domain, or zoom in and look at frogs hopping back and forth. It’s like a small terrarium that only you’ll ever see. But where Flowscape really kicks into high gear is when you get into the driver seat.

At any point you can wipe your living painting clean and begin to drop trees, shrubs, or any other kind of asset onto your landscape with sweeping mouse movements. This is when the Bob Ross comparison becomes accurate. Setting your scene has more in common with landscape painting than it does level editors. With my limited knowledge of painting I was able to build a pleasant riverside scene in just a few minutes and felt empowered to revisit the game next time I’m stressed out. Oh and there’s a setting to generate infinite elk if that’s your thing. 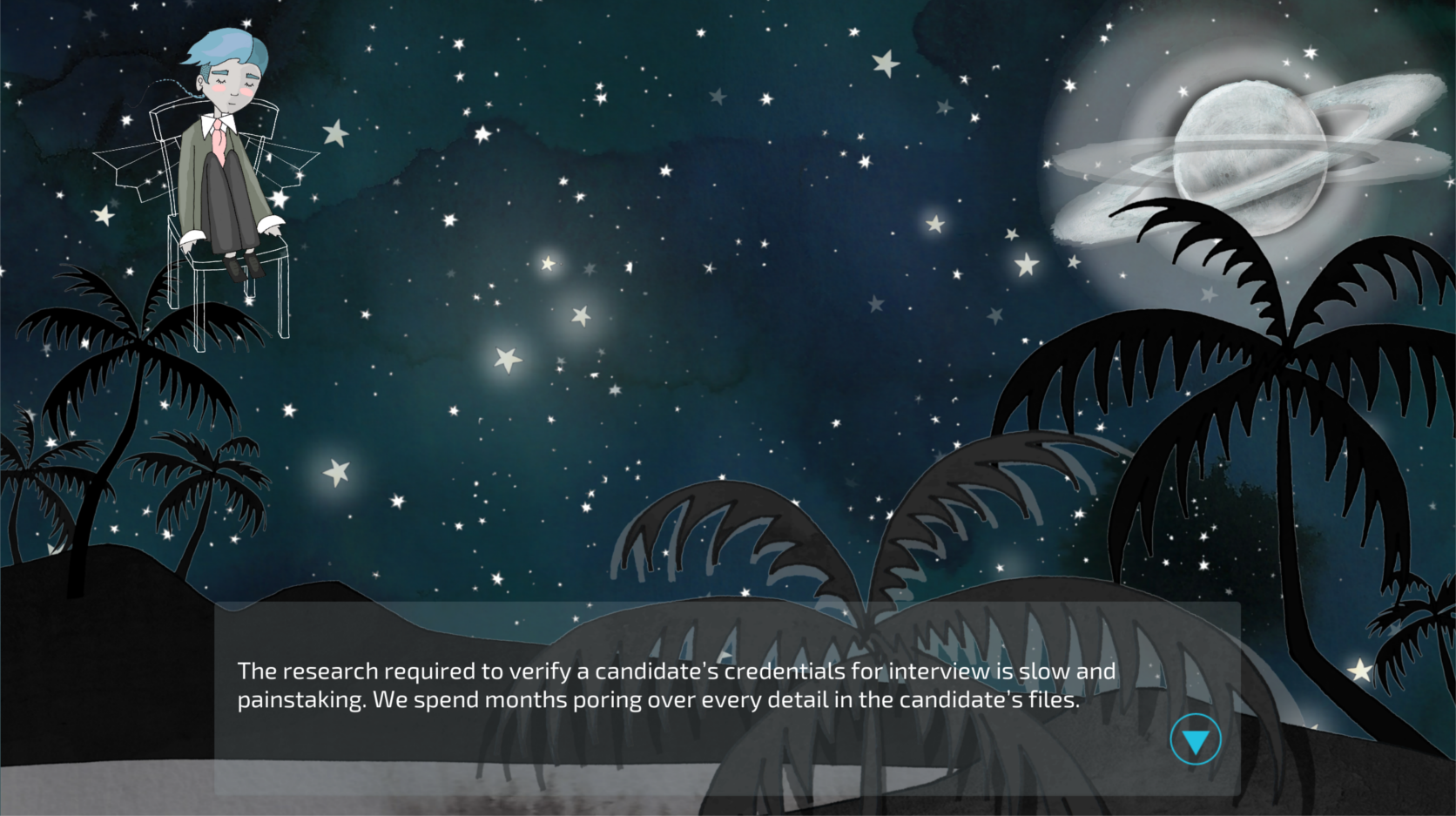 Was FlowScape’s serene generation not enough to whet your whistle? Get ready for a second course of relaxation with Inter-view. Mechanically, this is a pretty straight visual novel where you read some text and then choose from one of a few dialogue options. If that’s all there was to it, we wouldn’t be talking about Inter-view, but where the game really breaks out is in its soundtrack generation.

At each decision point in Inter-view, you get a chance to build out another layer of the soundtrack. I’ve played through Inter-view a few times now and the variety of tracks you can build out is impressive, although each is peaceful in its own way. The narrative of Inter-view asks you to reveal a little about yourself and how you approach the world and rewards you with an appropriate sound to continue to reflect on your answers. It’s a strange set up, but ultimately one I was happy diving in to.

Did you know that capybara are the most perfect animals ever created? Their heads are square, they’re technically rodents, and they’re famous for letting birds perch on them. Sokpop gets it, and has crafted a 1-4 player hockey adventure featuring these beautiful beasts. You and your friends (AI or otherwise) get to run around a small field and try to slam a puck into a goal with all of the wonky physics you’d expect from those furry rectangles. The controls are certifiably goofy as you spin your stick around you with the triggers of your chosen controller. There are also some unlockable animals if you feel too much pressure playing as a capybara. Honestly, it’s hard not to recommend the game when it’s only $3.

What have you been playing this week? Let everyone know in the comments below!

Is "Capy Hoky" at all related to the game "HOKY" created by Jan Willem Nijman and Kitty Calis?

I don't think so, but Hoky is also great!