Politics and Game Jams: A Roundtable with the Organizers of #ResistJam

Art and activism have a beautiful history together. From avant garde artists to the punk bands of the past 40 years outsider art has proven to be a safe haven for the marginalized and a base for activism. Finally, games are coming into their own as a part of the resistance. I caught up with Maize, Damon, Tyler, Anna, and Craig: the artists-and-creatives turned organizers of #ResistJam, the recently completed activism game jam.

What inspired you to come together and organize #ResistJam?

Maize Wallin: While the jam is not US-centric, it erupted from the Trump election. While many other industries and artistic disciplines seemed to be doing their part, the games industry hasn't been pulling its weight in the global resistance and making the world a better place.

The frankly anti-political characteristics of our community and industry are simply not good enough. Do they need help? We believe that games were an underutilized tool! People need a variety of media to understand activist messages. For some people books work best, for some it's news articles or tv. For some you need to interrupt them on their way to work and cause a traffic jam, for others we think games might be effective.

I wanted to allow activists, people who are already doing socially engaged work, to experiment with adding game development to their tool box. And, I wanted the predominantly white male game developers to realize they CAN do something. I'm sick of so many people around me saying "oh, well you'd be in a better position than me to help minorities" and using that as an excuse to do nothing!

That is why I am so focused on the workshops and community management, together with Craig.

Making the loudest most powerful voices (straight white guys) a backup team for minorities. Often we don't need someone to play the hero, we just need them to remind us that they know our struggle, and they'll back us up.

#ResistJam was also for me fostering a community with minority voices and values first. We had developers who came in especially to "enable and be utilized" by people who had agendas and stories to tell. And we created a team for this sorts of overtly political games to be made. Something very small like putting them all together on an itch page, can present a front of support, and I think this has been really valuable.

Anna Tarkov: When I came on board and found out about the fact that there were all these workshops planned (which can still be viewed by anyone anytime on our YouTube page) and I thought that was amazing. We wanted to be welcoming and accessible to first time jammers and I think we succeeded. A number of people commented on this being their first jam and for many people, it had everything to do with the subject matter. People were truly inspired to create something that would be an outlet for the fear, anger and sense of injustice they've been feeling for a long time now. I closely monitored our Twitter hashtag and more people than I can count posted things like that.

As Maize said, the games industry is not a place where many people feel comfortable or certainly not encouraged to express their views. #ResistJam gave them what they were craving: an outlet to do just that. 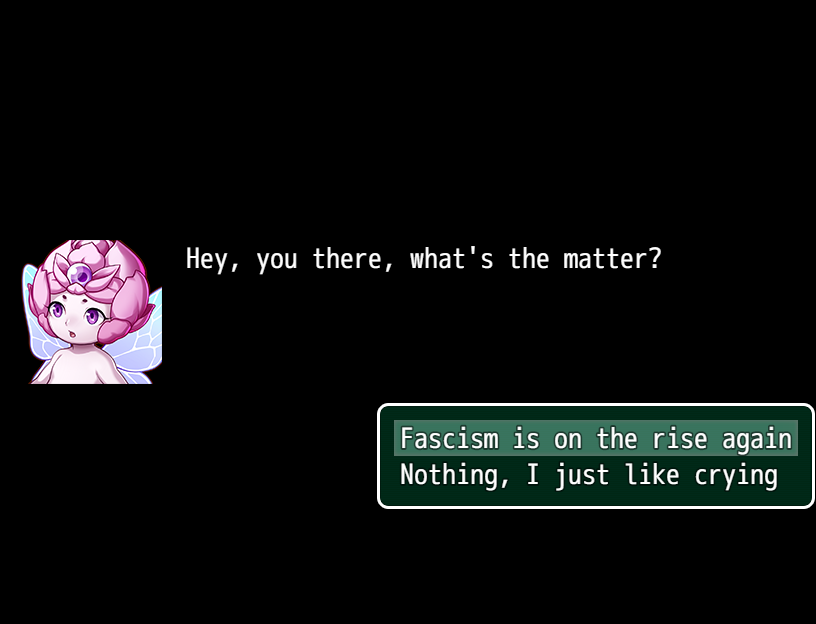 What were your goals coming in to the project?

Craig Hamilton: I had been feeling this global unrest for a long time, but I wanna say for me it was the immigration ban rhetoric after the election that really fueled my need for catharsis. The internet has made things so loud,I remember feeling the energy in a way I hadn't felt from some distant country. When any country's people take issue, it's much easier for that energy to be felt from further away; it's been deafening for the past few years. It felt like my heart was breaking.

I've become more interested in activism as I've gotten older; I'm learning how to navigate that space of engagement. Damon pitched the idea of a Fighting Fascism Jam and the timing seemed right. My friends in other countries had been pretty vocal about their own local oppressive events, so if we're all feeling this heartbreak then maybe we can express it together. I thought a Game Jam was a fantastic opportunity to create a space where people from all over could unpack how they feel about what is or has been affecting themselves and their loved ones. My goals coming in to the project were very simple, a lot of the stuff that built around that came from thinking about inclusivity and accessibility. Oppression isn't U.S. centric and we wanted to encourage people from around the world to share their experiences so that we could all digest and take them in, so that everyone could be a part of this cathartic event and take steps towards incorporating activism into their lives, maybe for the first time. Civic engagement is important, and it happens one step at a time. 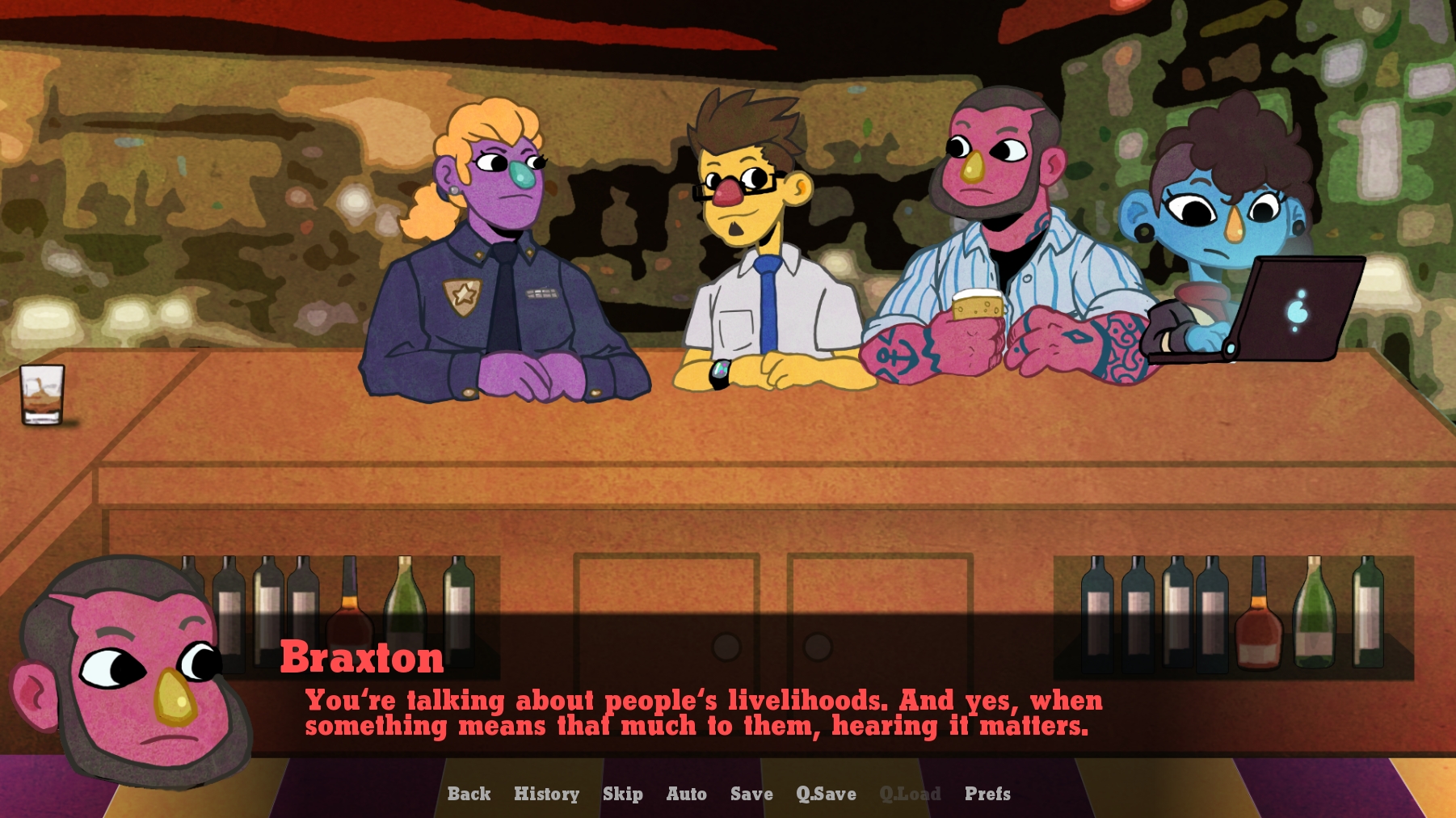 What have the results been from the project?

Anna Tarkov: I feel like the response to the jam has been tremendous, both before and after. Obviously it helped when we had IndieCade, IGDA and others come on board to help us signal boost and such, but there was a lot of interest even before that. I think that a lot of people have been feeling angry and powerless and this was an outlet they were eager to have. Maize already mentioned that politics is often sidelined in the games industry or seen as somehow unseemly to talk about. To me this has always been unacceptable. Artists have always tackled political issues in their own unique ways and there's no reason for games to be any different.

I think there were a lot of people participating who felt the need to do this jam much more keenly than other game jams. It's obvious that this was deeply meaningful for the jammers and that's evident in many of the games that were made. There's obviously nothing wrong with jams or events that don't have an angle like ours did, but it's plain to me that there is a need for things like #ResistJam. I feel like we got even socially and politically conscious people thinking deeper about issues like representation, accessibility, activism, and art through our workshops and discussions in our Discord.

How was the reaction?

Anna Tarkov: I monitored social media throughout the event and there was never anything negative other than the usual suspects, whom I don't think bear mentioning. Even then, there wasn't much of that. The positive response was so lovely, I've lost count of the people who thanked us for putting this together. Some people wrote about their experiences developing their games and of course it was nice to see coverage from the gaming press as well.

Anyway, all this to I guess say that the response has been great and much better even than I had hoped! 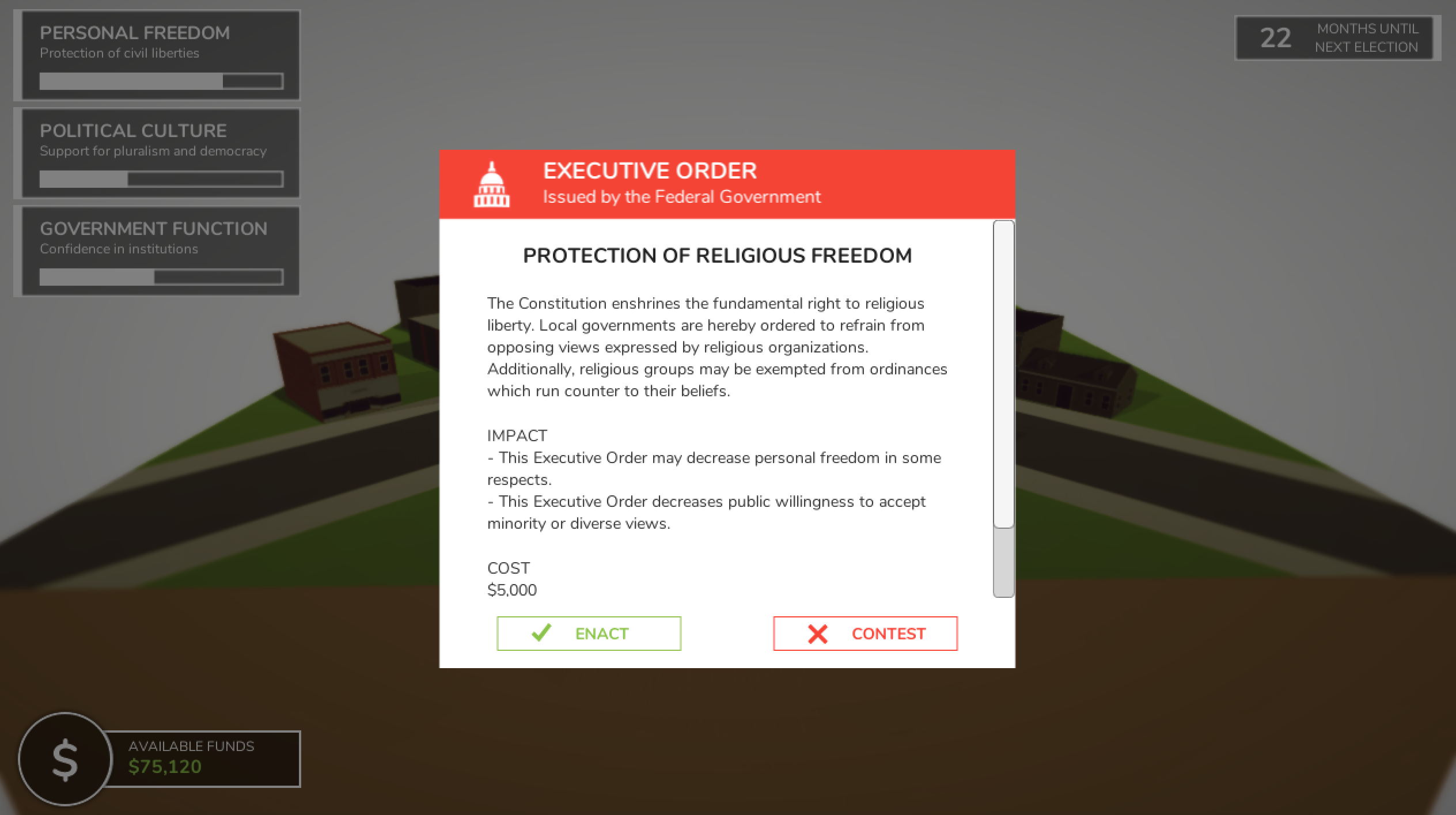 What are some of your favorite games to come out of #ResistJam?

Tyler Coleman: My favorites so far- Cat in the Hijab, Bar Story, Casterbridge, and NNC News

Damon Reece: I have a big soft spot for Be The Change - it's goofy, but feels sincere.

Do you have any advice for other people looking to affect change in a similar way?

Tyler Coleman: My advice for others? Just get out there and do it. We certainly had bumps in the road along the way, but the payoff was worth any stress and frustration experienced in the process. Find other people with similar interest and start making something!

Damon Reece: My number one piece of advice for allies is to listen to minorities. Listen actively. Absorb what they're telling you, and act on that knowledge. If you're in a position of privilege, it's your responsibility to listen, learn, and be inclusive in your activism.

The Cat In The Hijab
A cat wearing a hijab boards the subway on her daily commute. What interactions await her today?
andyman404
Role Playing
NNC News, with Tom Vandercar
Breaking news! A new teleprompter simulation game has been officially submitted for the #resistjam.
bloomingbuds
Simulation
Play in browser
Bar Story
A small town story. A reflection of a big world.
TeamTBA
Visual Novel
Casterbridge
Manage a small town in uncertain times.
Toaster Werewolf
Simulation
Be The Change
If you wanna see change, be the change!
Chequered Ink
Role Playing