Back in the olden days people used to have to wait until a game was done to be able to play it. But we live in more enlightened times now. Sure there are pros and cons to buying (or releasing) a game in early access but getting a before-and-after version of these games is something you couldn’t experience before. Sadly I’m terrible at getting to the after part of this dynamic. It’s common for me to grab a game when it first launches, play for a few hours, and then send it off with a “oh, I’ll definitely come back to this one when it’s closer to release.” It’s rare that I ever make it back, but a few weeks ago I was scrolling through my library (in the amazing itch app by the way) and jumped back into a game I enjoyed on its initial launch: Nowhere Prophet. 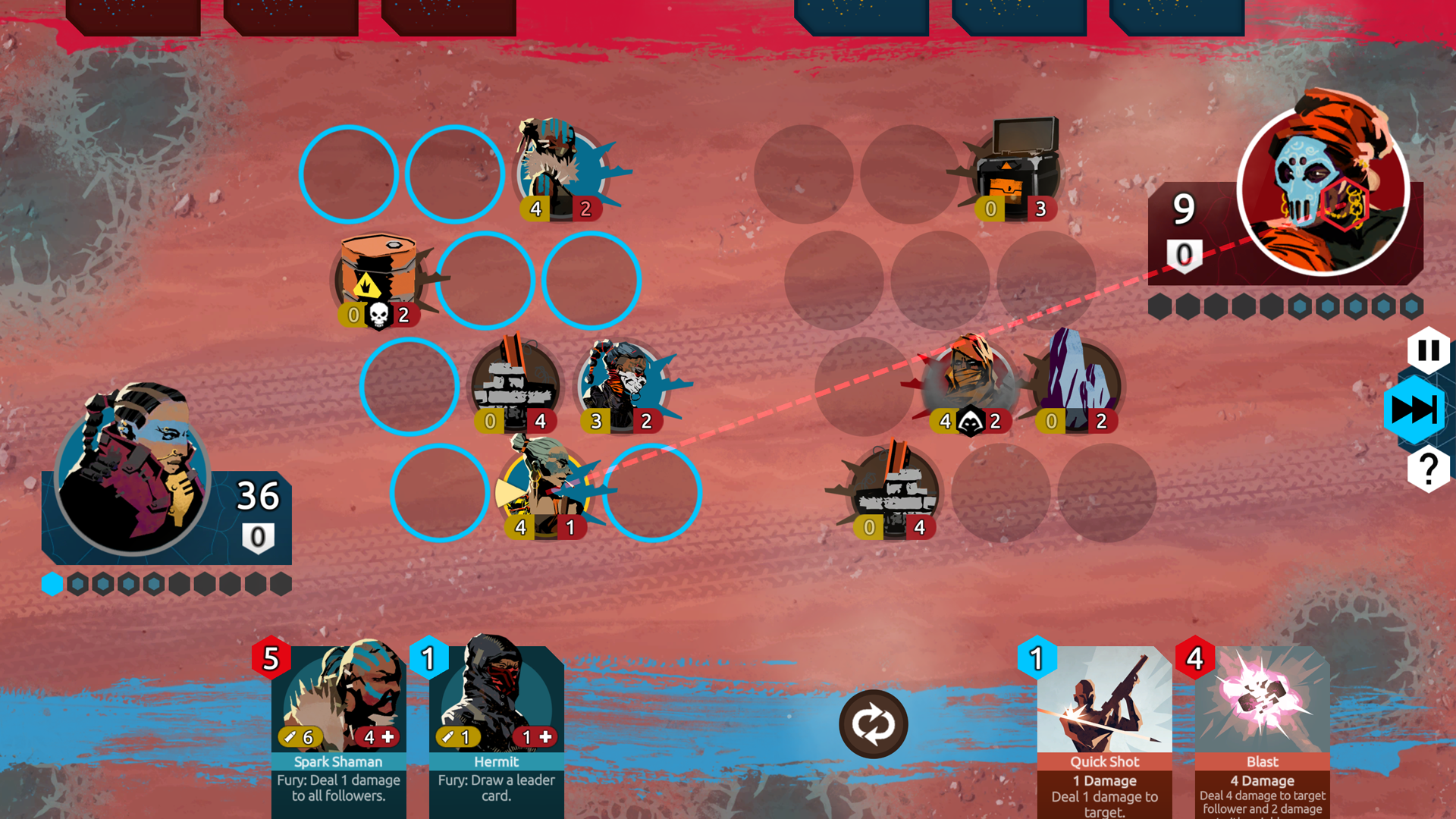 Describing Nowhere Prophet reads like a list of features cribbed from some of indie’s most successful hits. There’s the roguelike road-trip structure of FTL, the solo deckbuilding of Slay the Spire, and to top it all off there’s a splash of Into the Breach-esque unit placement. Luckily the game forges its own identity despite these similarities and it comes together brilliantly.

If you have played any deckbuilders before, you’ll understand Nowhere Prophet’s caravan system. Players are represented by a religious figure (the titular prophet) who is collecting followers on a pilgrimage. This means that each card in your deck has a name and --in what is Nowhere Prophet’s single smartest design choice-- permanently die if they’re defeated in combat twice without healing. Naming your cards gives them a personality beyond their stats and effect text. Speaking of which, Nowhere Prophet is more than happy to get wild with its card effects, more so than any game I’ve played lately. Cards don’t just buff other cards or spawn more units, but lend themselves to some crazier combos. To spice things up you can also equip new units and powers to your leader which futhers the cascade of card effects into combos that would make Rube Goldberg blush. 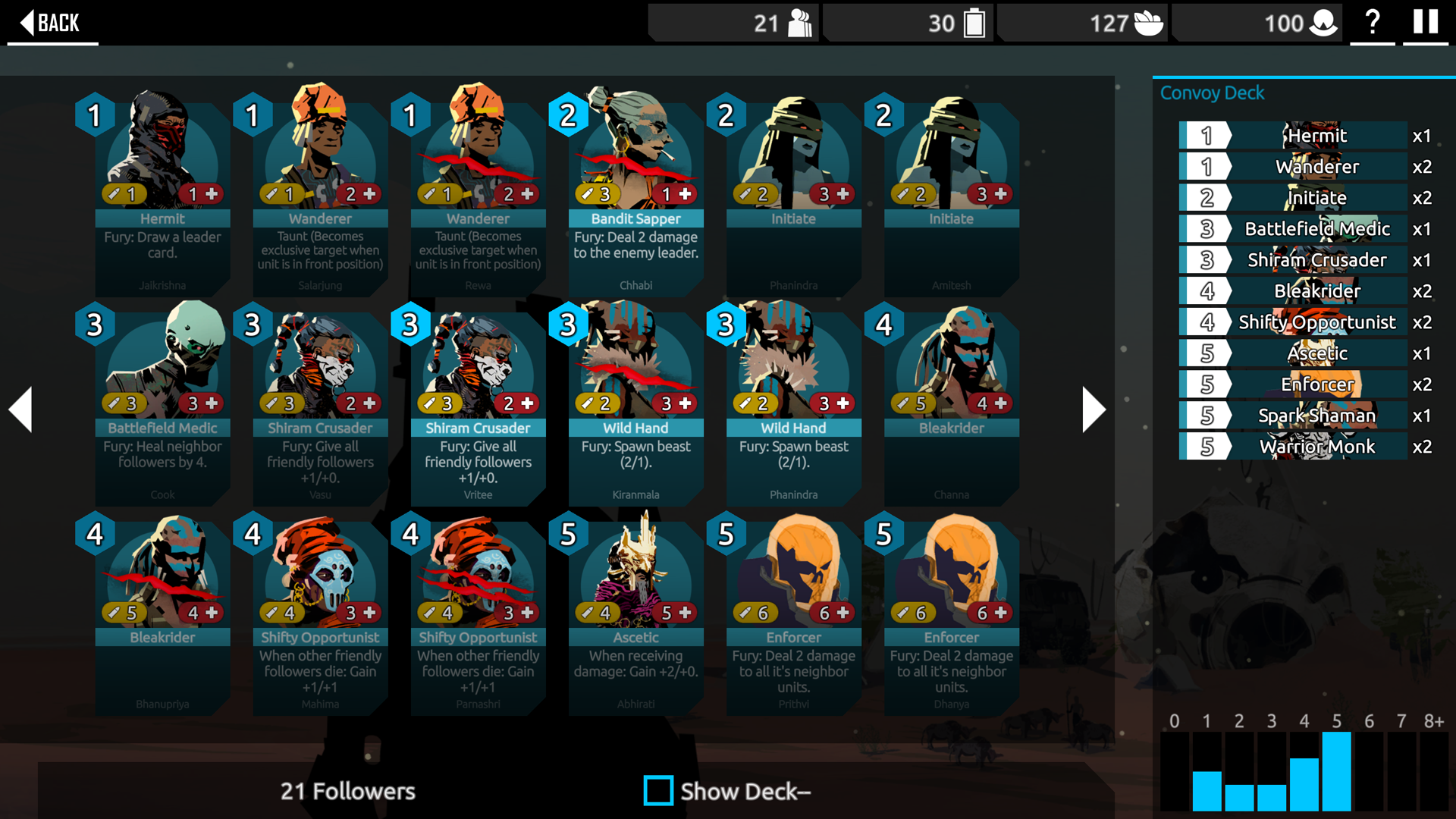 But this is only half of the Nowhere Prophet equation. When you’re not doing battle against raiders or bandits you’re bartering your gear for new followers, upgrades, or simply burning food and energy to stay alive. Need buffs for an upcoming fight? That’ll cost you. Need more food? Time to explore the map and get into riskier fights. There are so many tense systems piled on top of each other to form Nowhere Prophet that I always feel like I’m moments from complete failure but somehow keep sailing through each challenge.

If maintaining a flock under flight by night circumstances sounds like your jam, then Nowhere Prophet is worthy of your attention. The game has blossomed since it first came out in early access and is now a worthy addition to any game library.