Redd's Runaway - A run & gun inspired by the supernatural

Hey everybody! This is my first commercial title, Redd's Runaway! Right now I'm updating the visuals to get the game closer to the final look (it's still in progress, as I used some placeholder sprites to make the base code meanwhile).

Inspired by the Red Ridding Hood's tale, Redd's Runaway is a run & gun currently in development, combining a frenetic playstyle with an aesthetic reminiscent of the traditions of Halloween and the Day of the Dead, in a short experience aiming for a great replayability.

I crafted a story for the game, which hopefully will be able to connect with others out there. Thanks for your attention, and of course, all your comments are more than welcome! 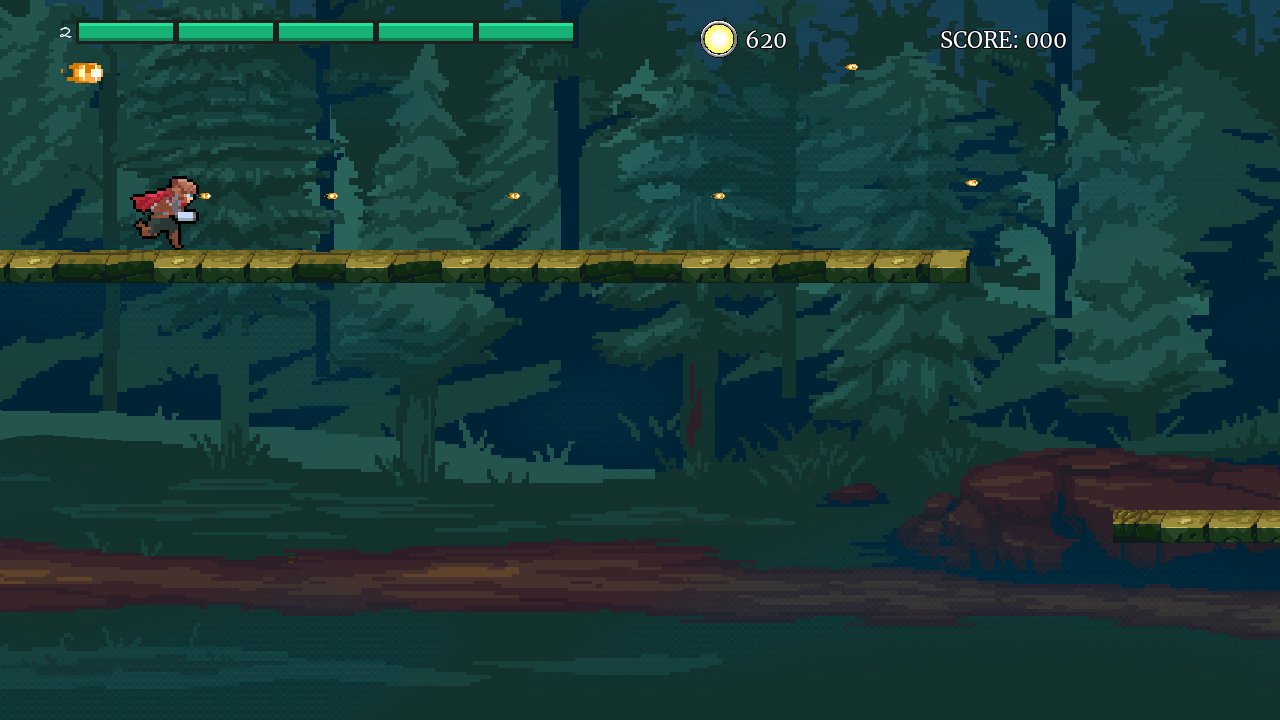 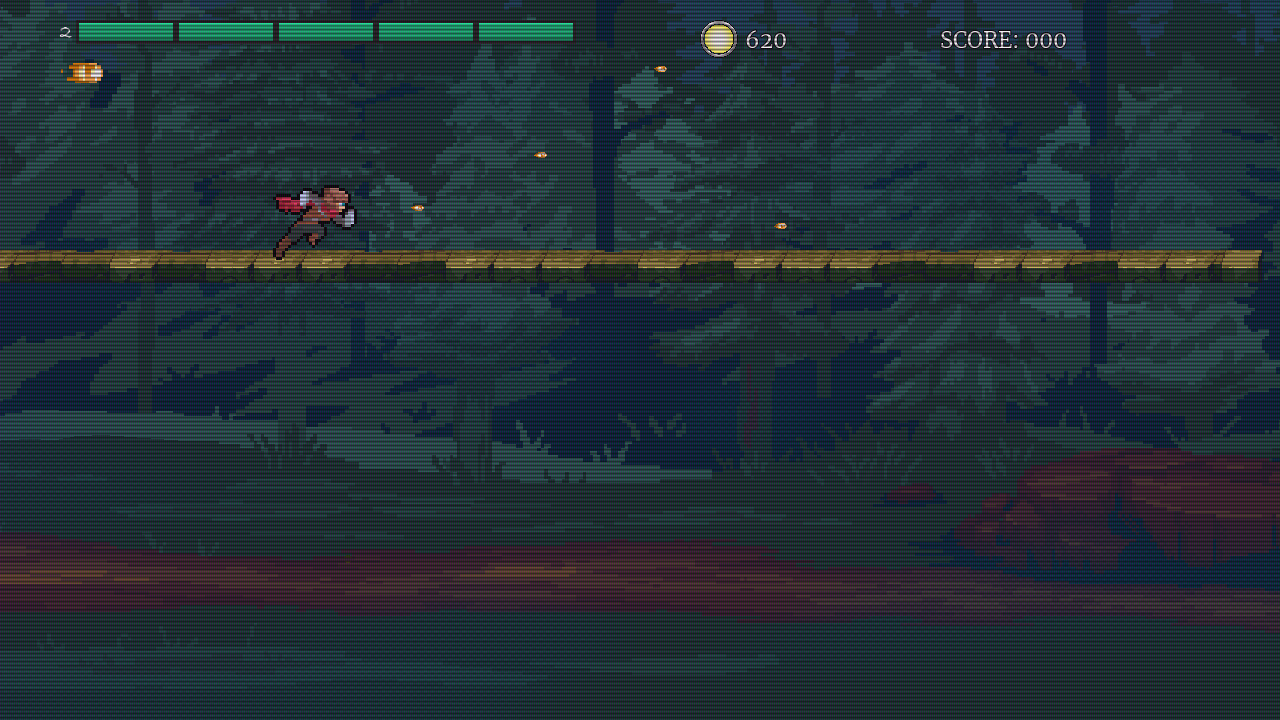 The main UI has received a massive revamp, here's a small preview of the main scene. Let me know what do you think! 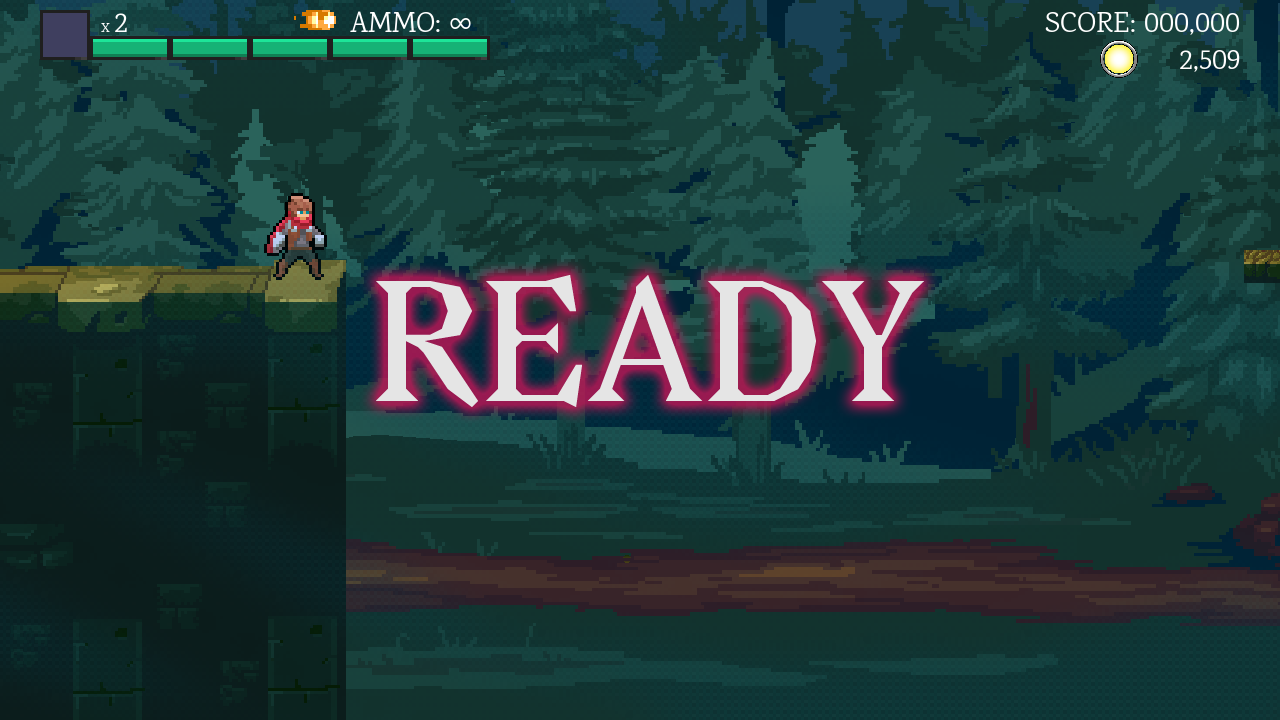 Redd's Runaway is coming along, and now I'm very excited and happy to share a new gameplay video!

This gameplay is based on the first level of the game, in the start of the invasion. You'll begin with the Rapid Orb, but as you progress, you'll get new weapons to help you in your way and traverse through the levels once and again. If you like Halloween and Day of the Dead, there'll be some great surprises in this game for you.

Let me know what do you think, thank you for your support!

Hey everyone! Néstor here; in preparation for the upcoming release of Redd's Runaway (I'll post news soon! and you will find the game in https://bewolf-studio.itch.io/), I'd like to share some of my learning developing this project. 31 days until October ends, ¡let's begin!

Day 1: Start with an idea, ¡anything!

No matter how strange your idea could be, if the execution is right, you may have a great experience in process. For Redd's Runaway, the main idea was to create a Run & Gun where you would find dozens of enemies and a BIG final boss, wrapped in a paranormal environment. 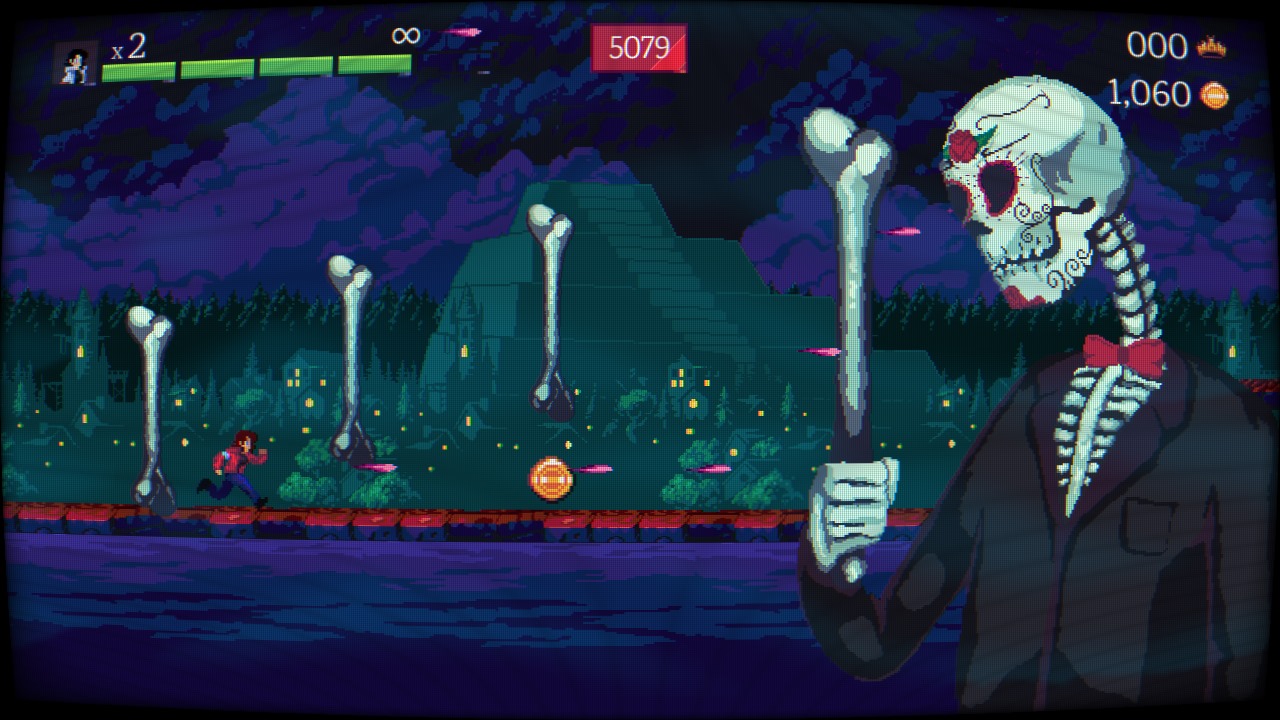 Day 2: Work with a great team

My art work is very poor and I still have a lot of trouble making good sprites or drawings. Considering this and after an art test inspired by Capcom's style (thanks to the help of my sprite teacher Alex, Li_Kun), I decided that the approach was not ideal for this game and began to look at other options. This is how I came up with a Metroidvania style, where I got in touch with Ariel Gonçalves (https://toymaster.itch.io/), who has created some incredible sprite work (which you can see in the level bosses).

For Redd's design, I contacted Blindgod Illustrations, who created a concept that has served as the basis for the game's protagonist. The point that mattered the most to me was that if she could reflect a feeling of melancholy in her, but landed on a character with good agility and able to convey the feeling to the player that she would know how to solve the problems that she encountered: a great determination that was born of his way of being and of the rage she felt as the story unfolded. By this time, Redd was already a character with strengths and weaknesses, which personally creates a bond with her with which I can feel a lot of empathy, and Moone could translate that perfectly in her design.

Regarding the music, I had a big problem: with a limited budget, I decided to look at other possibilities, almost immediately discarding videogame stock music (as I heard a lot of generic themes in my search), and in one occasion I came across the White Bat Audio channel (https://whitebataudio.com/); several of its themes reminded me of my experience playing Batman & Robin on the Genesis so many years ago, so I decided to take that route, which is fed back by the dark design of the settings and the vibrant design of the characters. Karl Casey is in charge of the main theme of the game, combining an Industrial Darksynth and Synthwave style, very peculiar from the eighties and the films that came out at the time, especially the slasher genre.

I highly recommend follow their work: Redd's Runaway would not be what it is now were it not for the fantastic effort they have put in here. 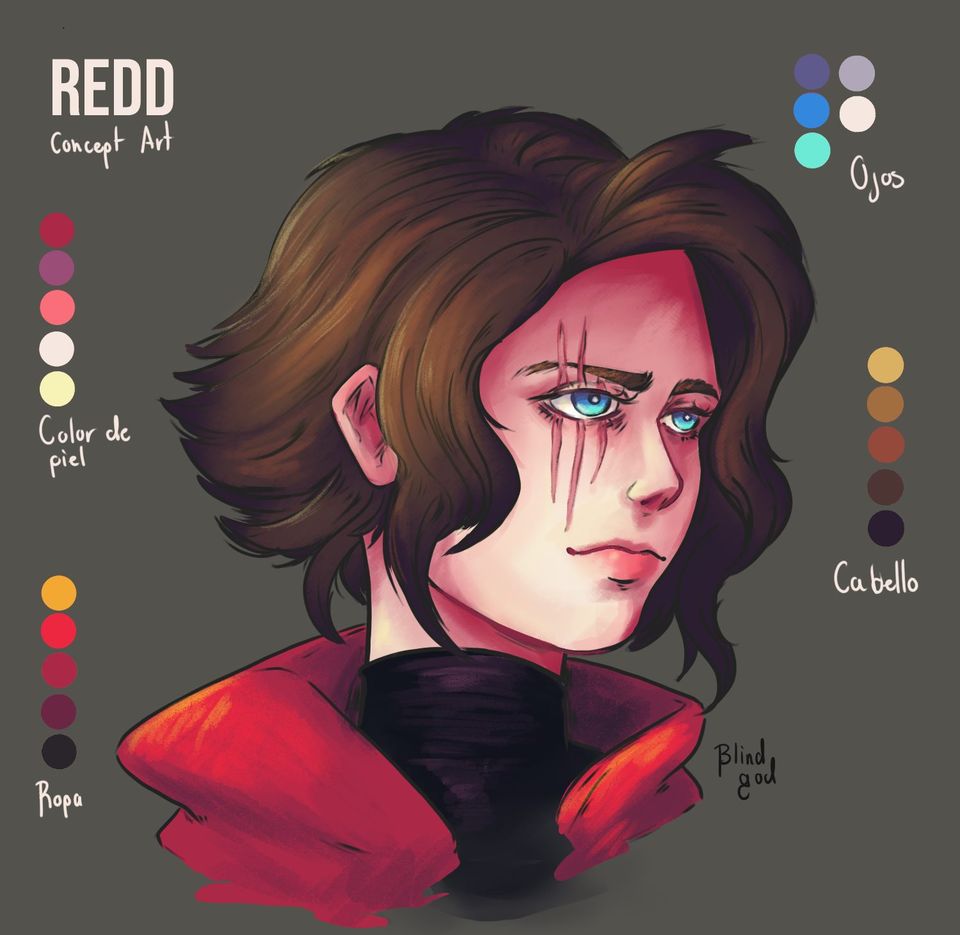 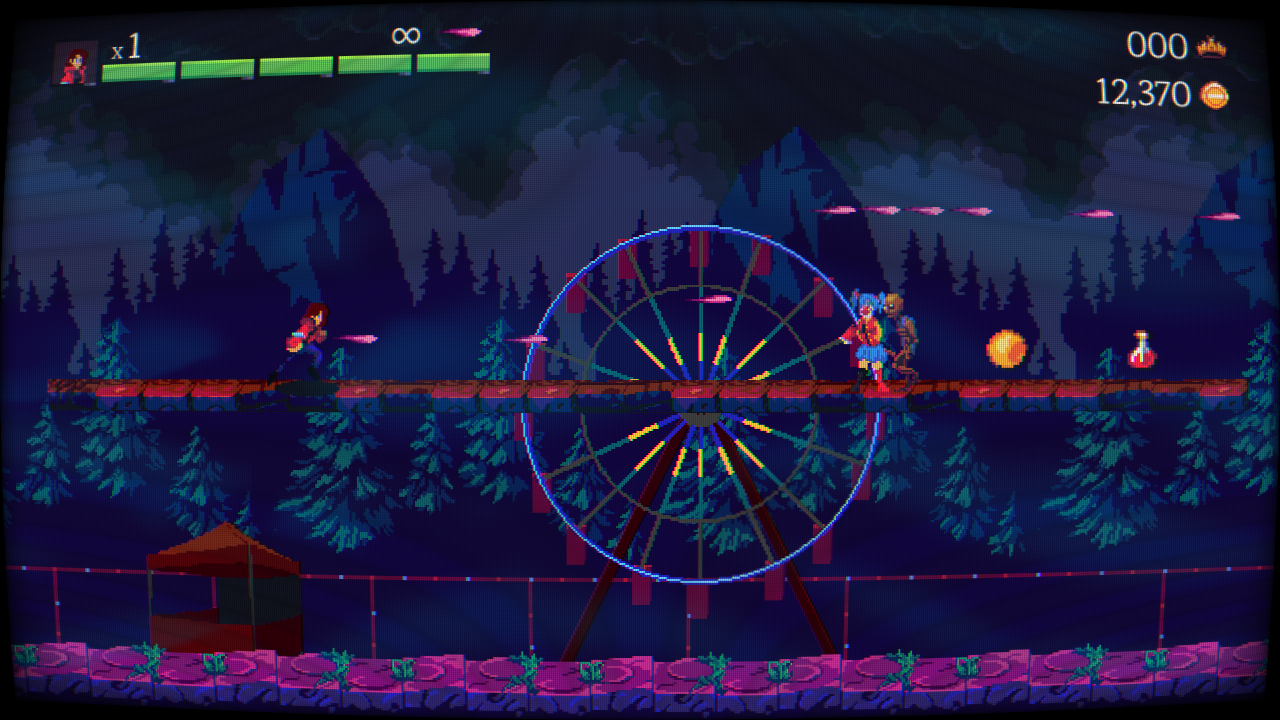 Day 3: Your ideas and limits as a boost for creativity

It's funny, but shortly before the idea of the game was defined, I was reading "Level Up", a book on video game design written by Scott Rogers (totally recommended). Before Redd’s Runaway, I was working on “Reino”, a concept about a bounty huntress that would make for a very ambitious game that shares many ideas with Redd’s universe. However, knowing that for my first commercial title, this idea could take a long time, I decided to take a step back and start with something smaller that I could see from beginning to end in a moderate time interval, in this case around 7 months.

On a certain page of the book, Scott comments that even a story like Little Red Riding Hood could be adapted to create a game. With that same idea in mind I started brainstorming what I wanted the game to be; although not everything was included, it gave me a direction that I could follow and which I could go to develop other ideas, necessary especially for the world of Redd.

This also led to a couple of documents suggested (and even necessary) for the direction of the game, the One-Sheet and the Game Design Document, which I will be talking about tomorrow.

ALSO: I'm working on the first trailer right now, hopefully you'll like the final gameplay and general style. Thank you for your support! 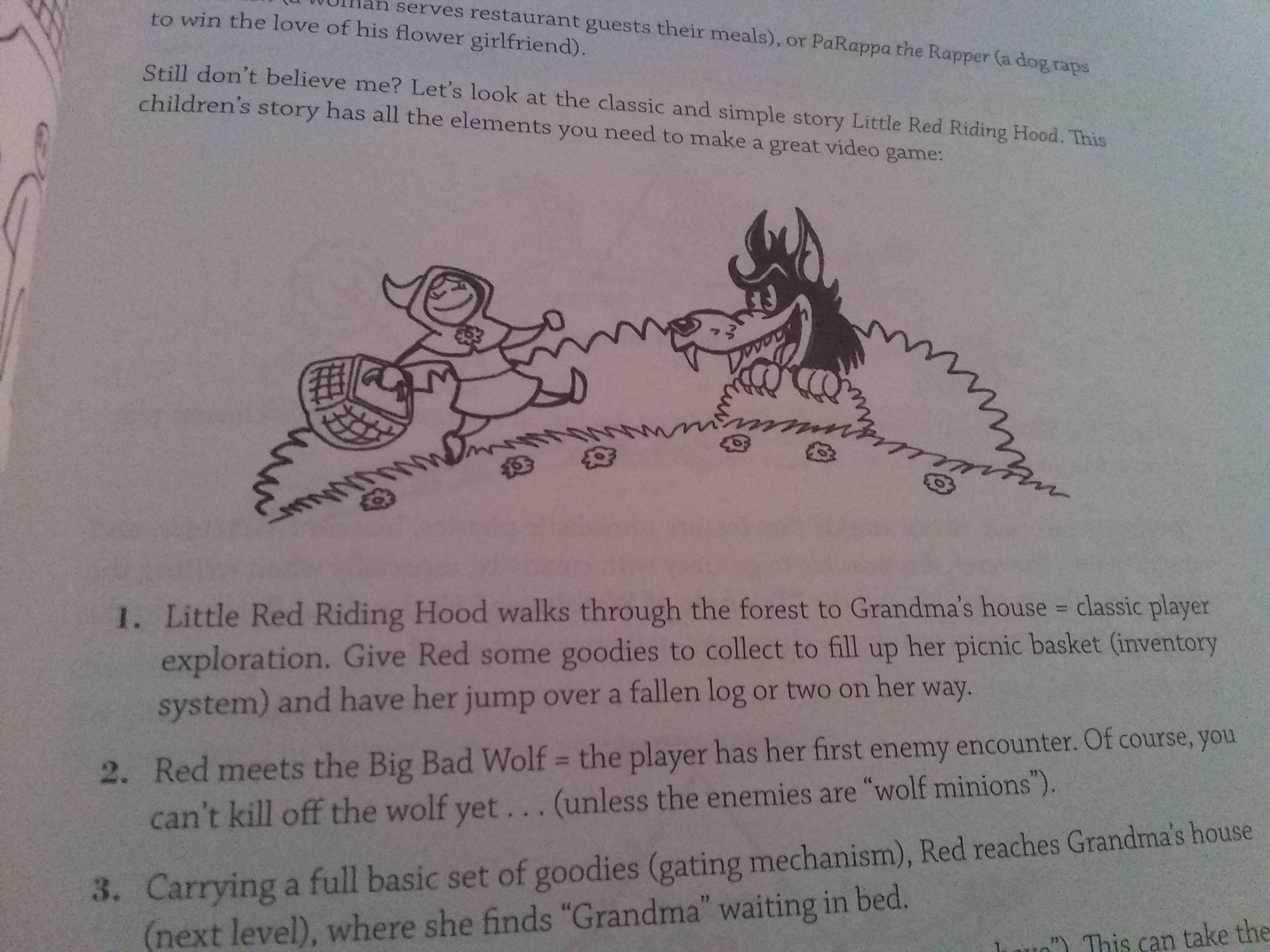 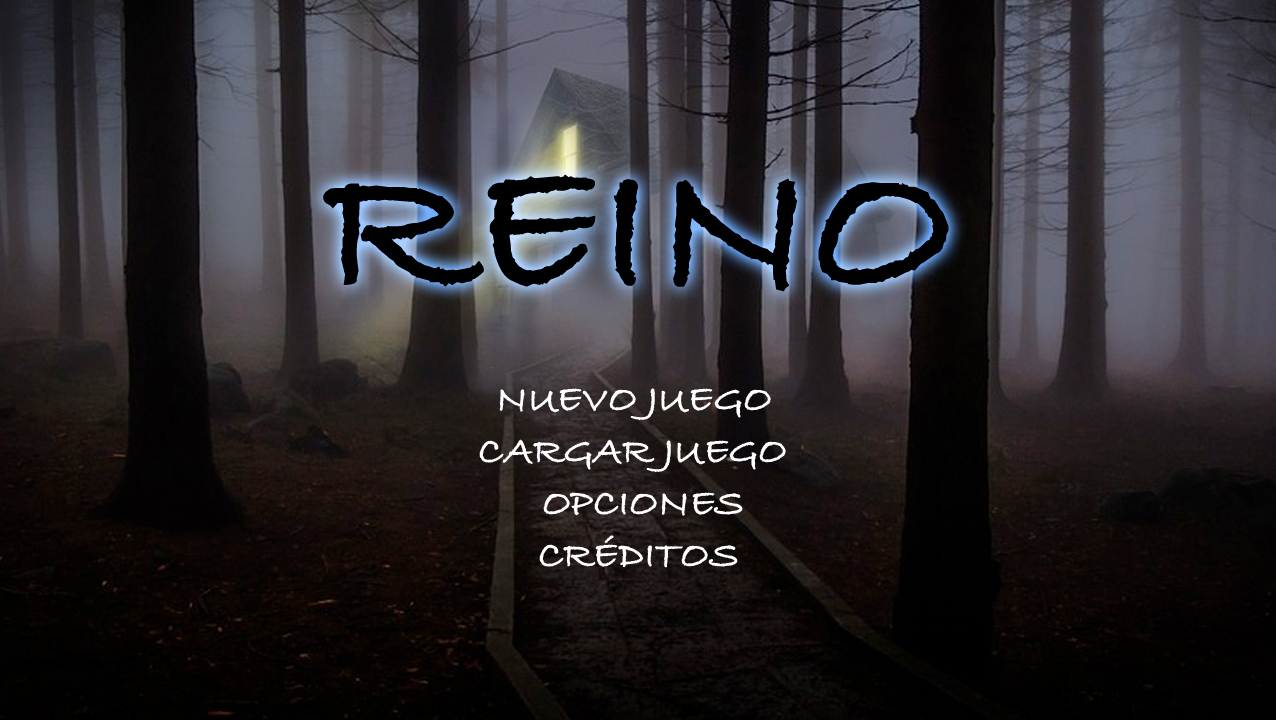 Hey community! Here's the announcement trailer of Redd's Runaway, let me know what do you think!

Also, you can find the game's page here: release date is expected to be October 27th, 2020. Thank you for your support!

Hello everyone! Redd's Runaway will be released on October 27th, and I'd like to share with you all a new gameplay trailer!
Thank you so much for your help and support; you can read more about my experience developing this game here, where I share comments about some of the problems I had in the journey: https://itch.io/t/1001702/my-experience-developing-redds-runaway