A 2D Character Portrait Generator. · By 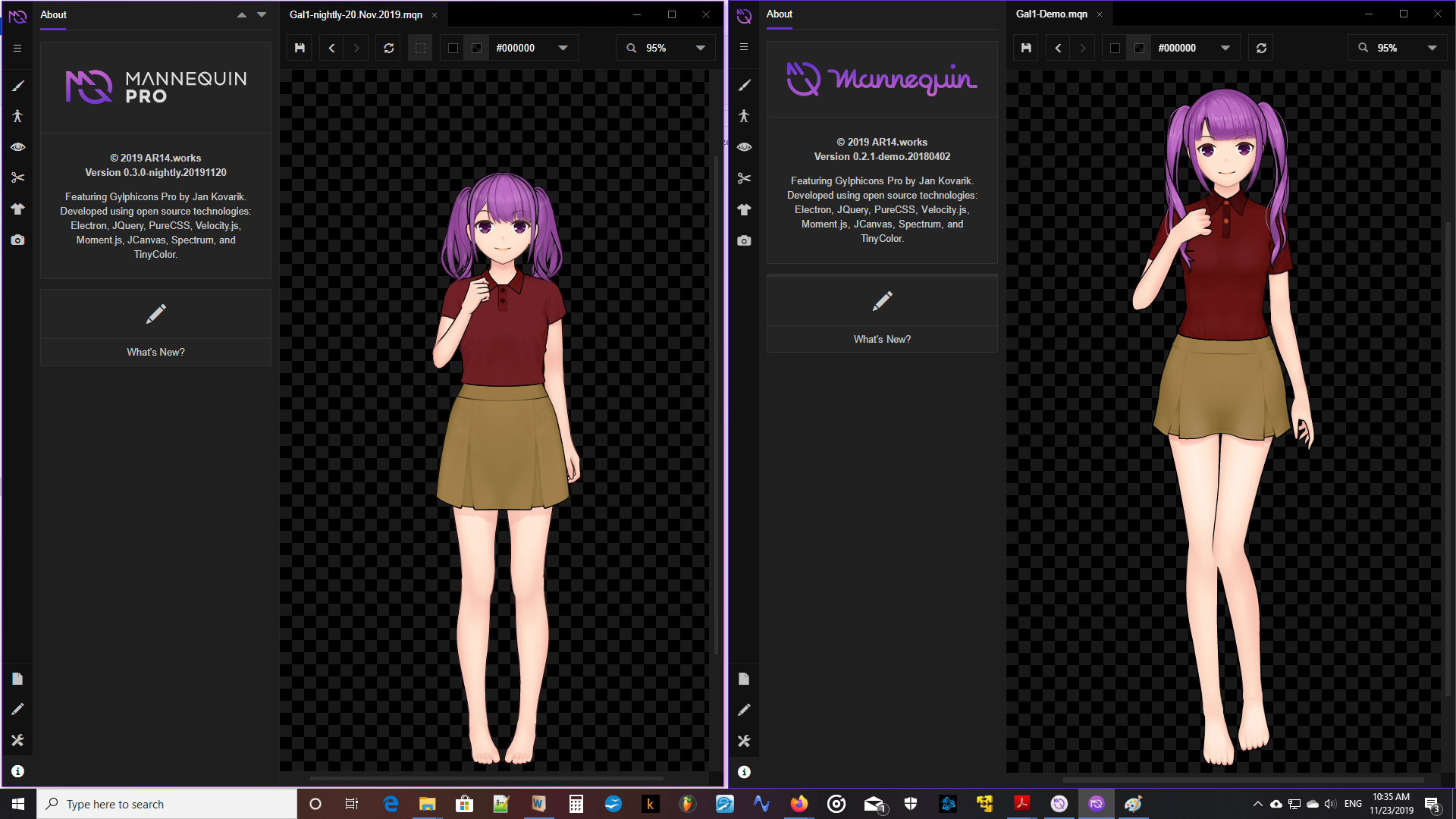 First off, thank you so much for making this tool! It's simply a very lovely program! (And I really like the purple colored theme too!) So, I recently gotten the Pro version soon after downloading the Demo one, where in the Demo I created a character I really like for a possible future visual novel I planned to write. Keep in mind, I've never written a VN yet, but currently I'm deciding whether to invest my time learning / using Ren'py or to just "biting-a-bullet" and buying the VN Maker?  It seems that VN Maker uses Live2D to create characters (this impression could be wrong) or just use ready-made Live2D characters, either way I may just go ahead and give  their demo a try soon for windows...in which case, I can still use Mannequin with it as well.

My question is after this very my long-winded intro, "Why is the female template so different between the Demo, which depicts an older female say in her older-teens to twenty-something (in the Demo you can not currently save in it), and comparing it to the Pro female, whom is clearly a younger female that looks more in her pre-teens or a very early teens?" (I've attached a screen-shot of both editors viewing the same character) Thank you in advance for your reply. :)

Hello. Thank you very much for your support and feedback! In the initial development of the app, we didn't really set the target 'age' of the default template, we just wanted to make something that is great looking as a baseline. After various revisions, it ended up looking like the current version. We don't like how the old version's limbs are too long, so the latest version has to be cut down and as a result it ended up shorter (and maybe younger). We're currently quite satisfied with the default template right now, and once it's locked, we'll develop taller/older body type variants based on that.

Again, thank you very much for your support, and feel free to ask us if there's any other questions.

AR14, thank you so much for the quick reply! Plus, thanks for explaining the change in the female template, but do I look forward to seeing a taller / older looking female template (like the one in the current demo) as a selection sometime in the future. Keep up the great work!