I'm currently on Randall's path as an Iscari and I've got all his endings (including the special one. Rip my soul) except one ending. From what I've heard it's supposedly possible to become LA's leader so I've told Randal that I want to be that, hinted for the Iscari about new leadership, told the Mavvar that I'm going to unite LA and I got my reputation up with all three houses up almost equally.  But the option to start my rebellion or take over LA has never happened. I tried to even make a deal with Lazarus to kill off Andrei and declared Andrei at the end. But even after Andrei died, the Golgotha couldn't agree for the leader to be me? Even though I was supposed to get a leadership position from Andrei? I don't know if my personality is supposed to be something else or what's going on.

Also, even after I side with the rebellion and they save me, I end up getting Andrei's end where I have the choice of saving Andrei or letting Lazarus kill him and Randall disappears.

And if I choose Iscari, I just end up dying even though my stats considerably rise up for Iscari after choosing them.

This are my stats and the options at the announcement scene before I choose a side: 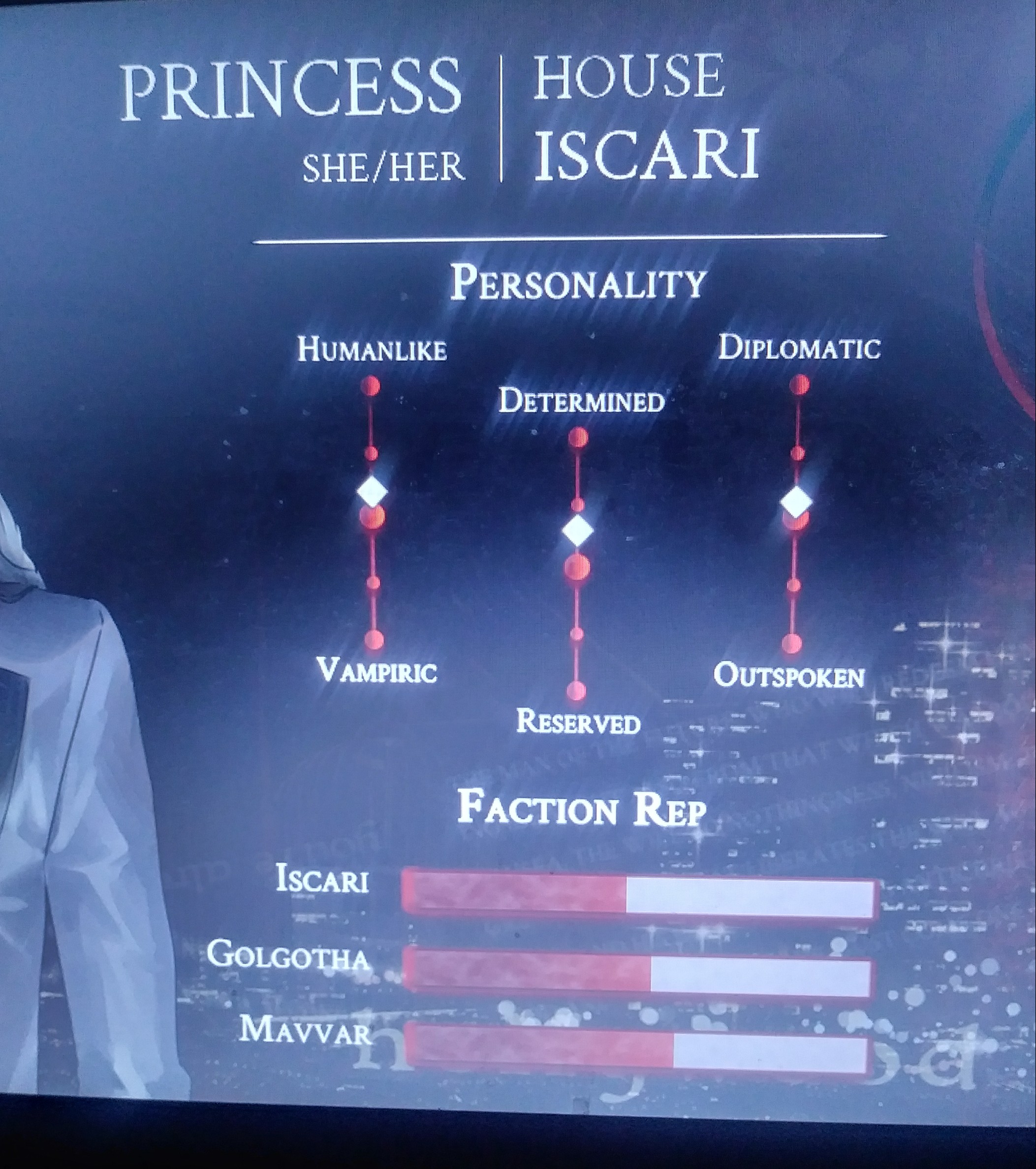 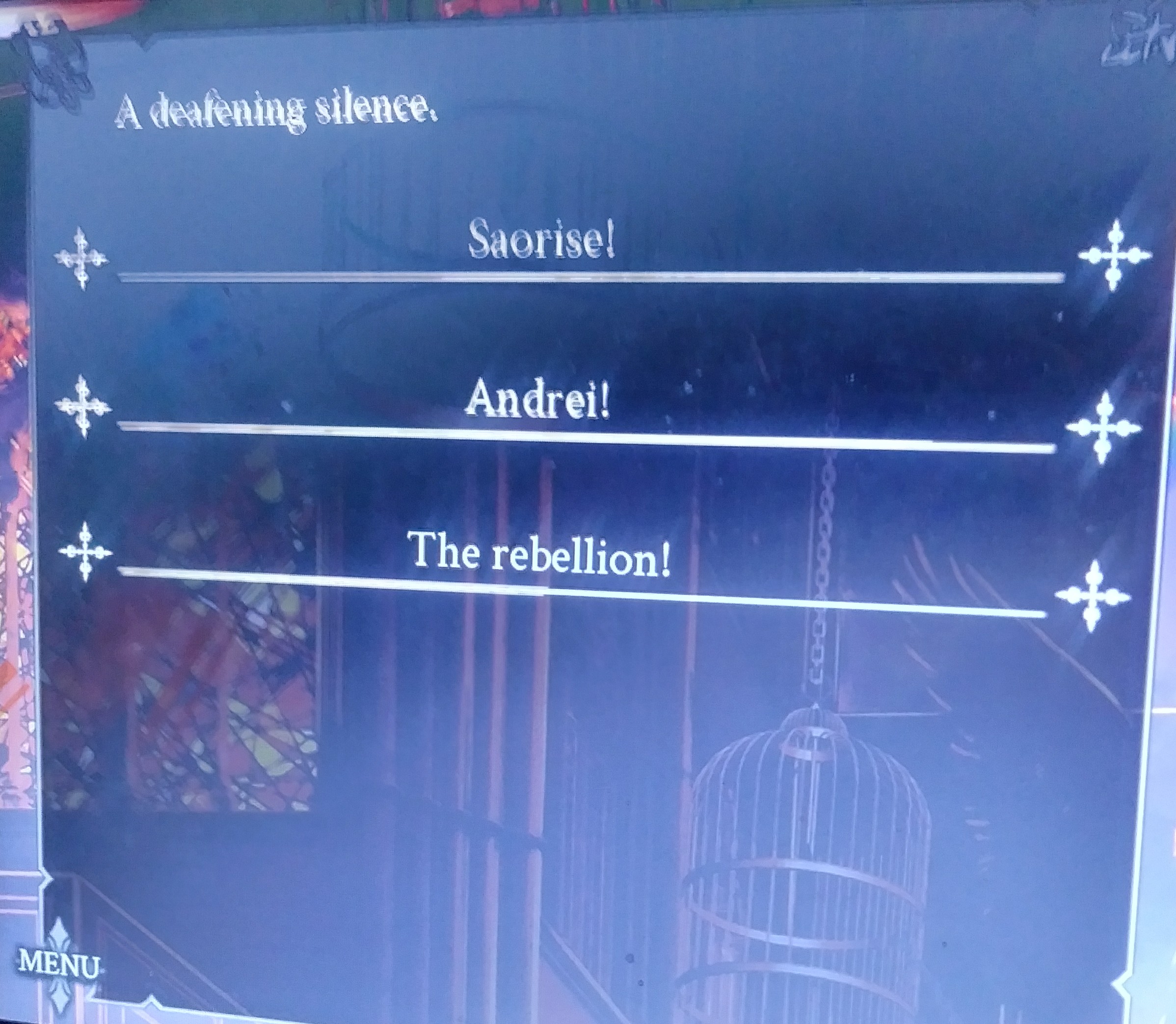 The Andrei <-> Randal ending swaperoo is a nasty bug we're trying to track down (a couple others on itch have mentioned it). It's possible your ambitions aren't evident enough to get the Leader option to show up.

I'm just not sure how to show the ambition. I've tried to tell Randall every chance I got that anarchy doesn't work while also showing that I don't like Saorise. However, because I agreed to work with Andre, he just assumes that I'm on Andrei's side even after I've told him that I have a bad feeling about Andrei.  and if I don't make the deal with Andre, he just assumes that I chose the rebel cause despite me telling him every chance I got that I disagree with his view on anarchy. So I'm not sure if I'm missing an event or something besides when I told Randall, the Mavvar, and the Iscari that I want to rule LA.  Or maybe I'm just playing it wrong, I'm not sure. xd

This is the scene between me and Randall that shows up after I agreed to work with Andre and my reputation is higher with the Mavvar (unless this is still just part of the The Andrei <-> Randal ending swaperoo bug): 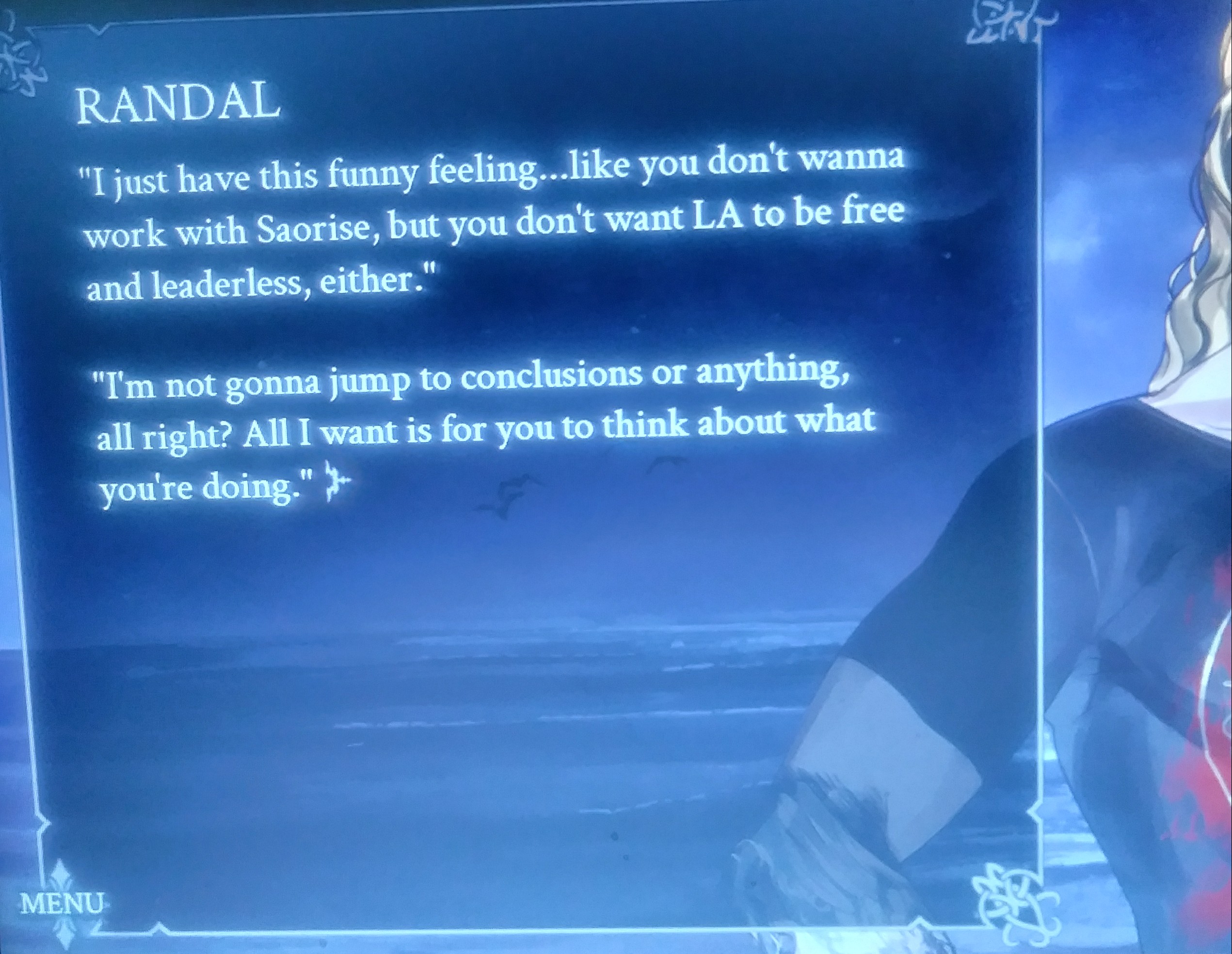