Wath updates do you want in the game?

Iam thinking about updating and repainting all artwork in to color art.

I love the gb colors but sadly so are we very few and the downloads are so far disapointing to me.

Do you want me to have two versions?

That is pretty simple to do i think.

Have to check it..

But could release a windowed and full screen version if i cant solve it in the same app.

I know now why i use fullscreen.

The mouse controls for turning got messed up in windowed.

But i will try to look in to solving it sometime later on.

Thank you.   I play the game on PC, so I am not able to sign in with the Google Play Center.  The only problem I ran across it the game loaded the same level twice in a row.  I had originally thought it was randomly-generated maps since it was a rogue-like, but I guess not.

It is 50 + maps made by hand that get mirrored and flipped randomly to generate as random experience as possible.

This where my first experiments with some random generation so there is probably some hickups sometimes.

And the hardcoded parts to make it play better on computers is a bit messy.

Sadly so where 8 breed and pixelstein written and developed for mobile phones from the start and later converted to work on computers as well.

Aiming for mobile play is probably one of my largest mistakes since i started doing small games again.

Toons of work for peanut pay :(

Thats why i develop its dark bob for computers only now.

Sadly so is the source code a bit messy in 8 breed and pixelstein after upgrading tools and compiler 2-3 times during its development.

The tool i use to make games upgraded with a visual placement editor for 2d assets during the later development of the 2 games.

And messed up the code when edited in it at the start,it had autotabs and things like that so the code have random line spacing and bits :)

More irritating for me to work with now :)

But iam actually going thru the code of 8 breed now and trying to clean it up for a update later on.

Please report any bugs you find so will i try to fix them.

While i ported the 2 games to computers so did i also have many forced updates on google play for them so i could have messed some bits up.

Cheers and thanks for the feedback ;)

Iam working on a update so could you let me know how it plays later?

Its windowed and now do you auto collect all pickups to not break the flow in the gameplay.

I had to fix a bunch of weird new bugs because they updated my compiler and ide so many old commands where broken now.

I use sprite commands for buttons and they have changed something in the depth sorting that broke some of my code.

So if you find any broken grafix let me know…..

I will try to make some more updates during the week.

I appreciate your feedback.  I purchased the game, and I'm really enjoying it.  I will download the new version and let you know.  Thanks again!

I played the 2. 2  (32 bit version) since the 64 bit does not start and I do have Window 10  64 version.  When running the game in a window, there's a brown border on the top and bottom of the screen.  (See Below)  Also, I had one simple open level that did not contain a switch to reach the exit, and was also missing the herb item for a quest.  I do like that you added the ability to pick up dropped items now without having to press the space-bar. 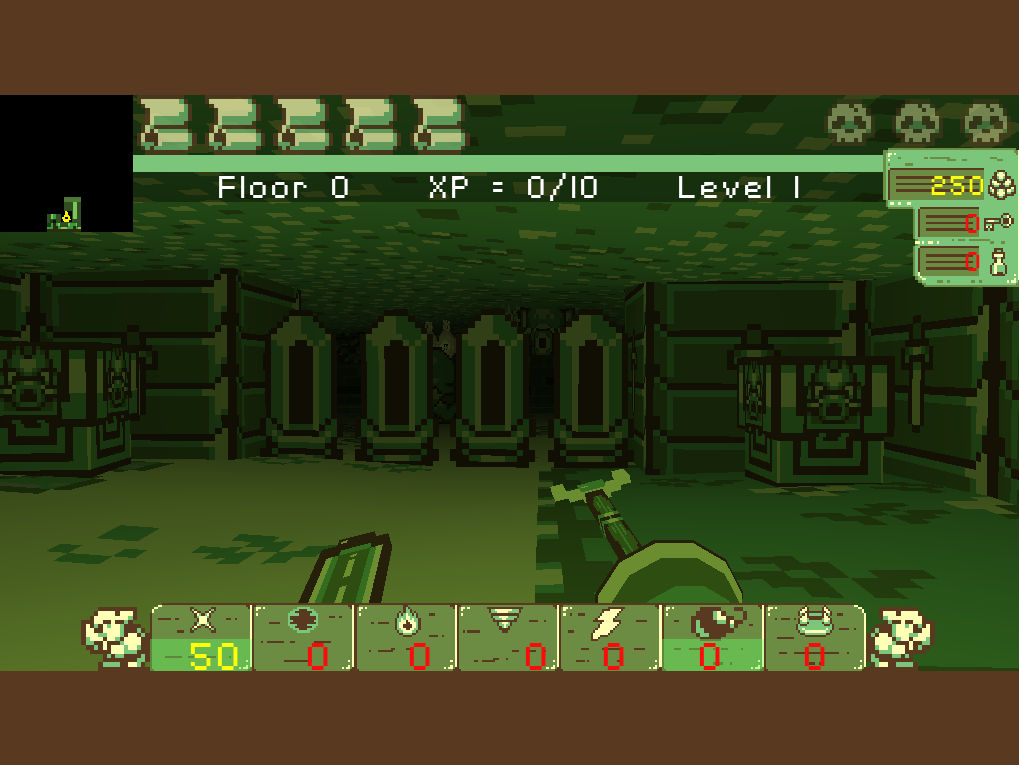 The latest have auto pickup already?

This is a hack because its originally a mobile game for smaller screens.

Iam going to see wath i can do about it ;)

Well, I tried going back to the game again and I got the same error on the 32 bit version that the 64 bit version had: 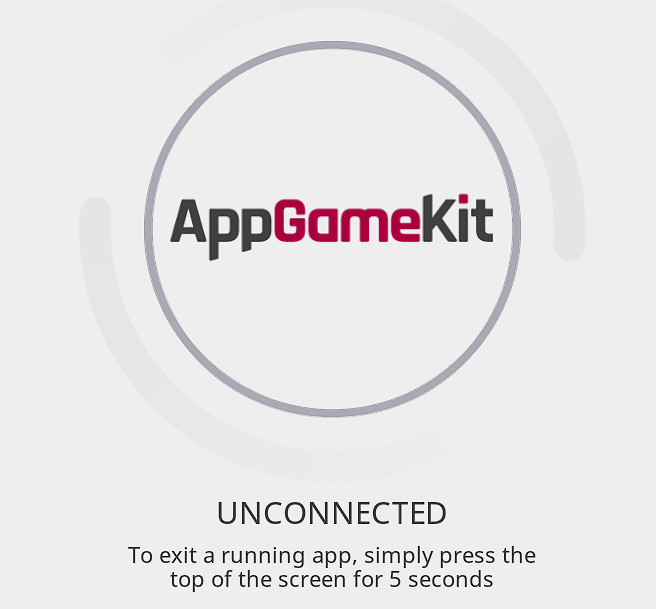 I develop the game on a windows surface i7 with windows 10 64 bit ?

So weird the error happens?

Could you try version 2.3 and let me know if its better for you?

When i know 2.3 works better so will i release a new demo also.

The screen you show is the android player screen so thats even more weird?

Its used when playtesting on android ?

Also, when the health bar is full, the left side obscures part of the map in the top-left corner: 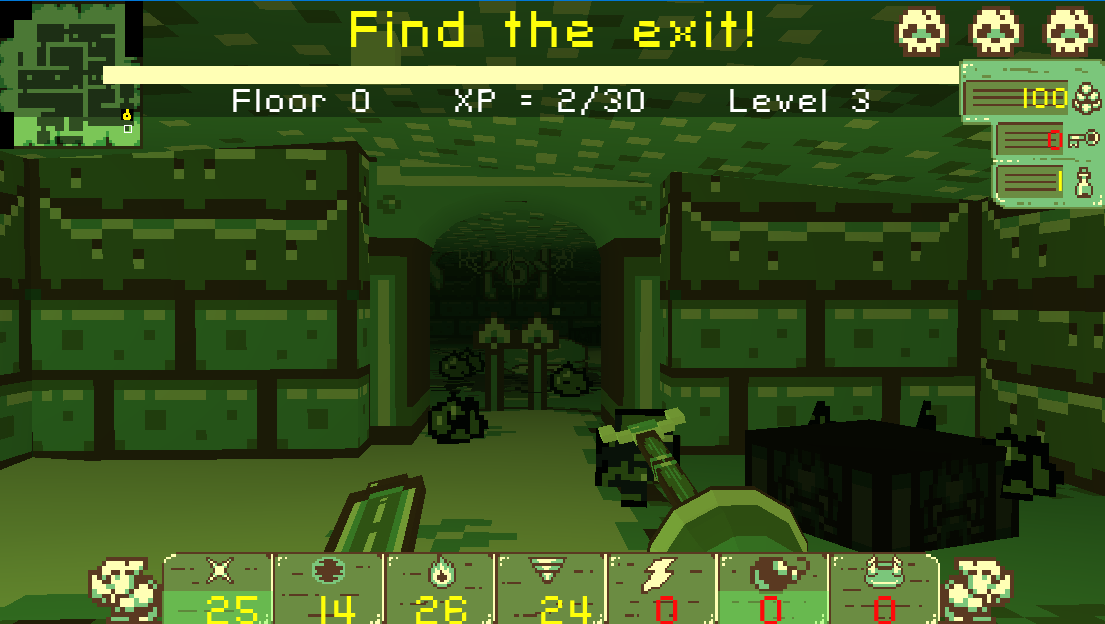 Its very annoying because its a update to my compiler and editor that messes up sprite depths.

I had to manually go thru all sprites and check them.

I updated from classic to studio and it is still in development and a bit buggy.

On the output screen after the arena level (without scrolls) the game shows a skull reward for completing the scrolls without any bonus: 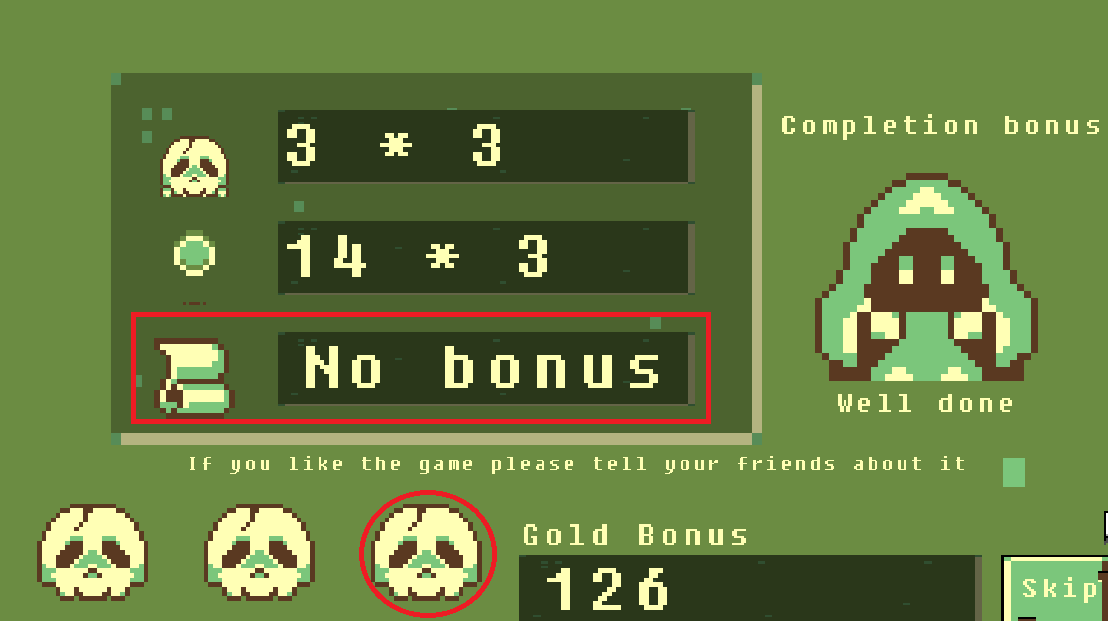 Thats me being unclear there in the game.

Complete a map gives one skull

kill all one skull

all gold one skull

all scrolls one skull.

so you can complete one map and all gold and kill all for three skulls.

so you can complete one map and all scrolls and kill all for three skulls.

Iam going to make it more clear in next update.

I started a new game and I entered a locked door that was triggered opened by a creature, but since I did not have a key in Level 0, I was not able to get out of the room.

I might have to make doors enemies opens be unlocked :)

Did not think of that so far.

I played the 64-bit version of 2.3.  The Window screen is square now like a Gameboy now.  And the map and health bar are not colliding.  It appears that the locked doors that monsters open now are remaining unlocked after they close again.  It mentions in one of the screens on the Main Menu something about saving prisoners.  I'm guessing this has to do with completing the herb/book quests.  Though it's not clear.  There was a residue or two green squares left over on the completion  screen that appears after you descend the ladder. (See Below). 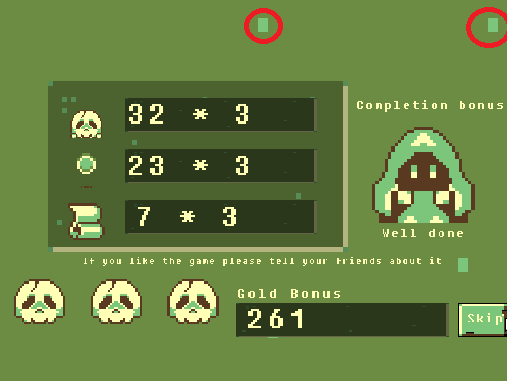 Also "Touch to Heal" does not work either.  You need to press the Space-bar on the keyboard for that to work.  (See Below). 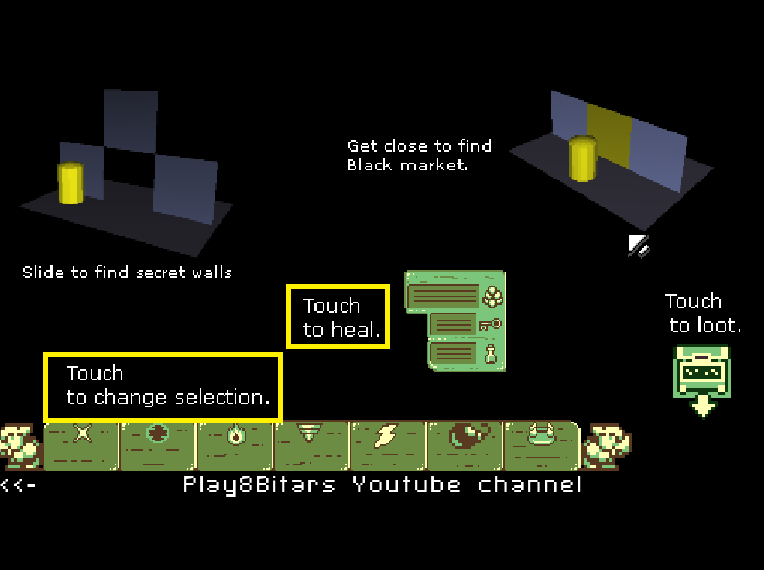 Darn thats the mobile code that dont get sorted properly …

Going to look thru it and make a better help screen.

The engine is supposed to detect windows,linux or chromebook or android mobile device and sort all data.

But the blame is on me as i have bin lazy with the 8 breed updates and checking everything properly.

The game have pretty much bin dead in the wather until lately so i have bin a bit lazy with updates on it.

But i will improve the update rate now when i have people that buys it also.

Thanks for all the feedback mark..

You help the game get better ;)

You're welcome.  Don't be so hard on yourself.  No game is perfect.  You did an outstanding job on this game.  It's a lot of fun!

There is a new update with many fixes and added bits so let me know how it runs :)

It got a bit messy when the game where created with the old pixelstein engine.

Thank you for all of your hard work.   I will check it out.