This is the very first devlog I made ever ! So here we are now ;)

It's a project I've started 5 years ago when I was just a beginner to programming. I was working previously on Construct 2 (which was a great tool at this time, but anyway...) because I didn't had enough skills in programming at this time. It was called Flamingo's Revenge and was intended to be a highly inspired Contra 3 game, but with a Flamingo. Because why not ? I really liked the funny image shown by such a character and I worked a little bit on it.

A little bit, yeah. Because of a lack of experience and organization I left this project for a long time. Exactly 4 years, until the beginning of my 5th and last year in my studies at Ludus Académie in Strasbourg. I had to chose for a project to work on for my Master and I've decided do take Flamingo's Revenge but with a lot of modifications. And there we are here with Pink Story.

So I've re-started it in April this year and wanted to make a more simple gameplay.

A platform game inspired by Toki, Super Mario and Castlevania. You play as a dragon named Pink and have to save your best friend from an evil force on the planet Tei-Tenga. The gameplay is focused on platform and boss battles and only needs 2 buttons to be played and there will be 9 levels.

Graphically I want to make a pixel art style based on the palette of Arne's Famicube.

What's done for the moment ?

The character is almost complete. He can move, jump, punch, attack enemies by jumping on their head and climb on ladders. The Level and Boss Design, scrolling camera and ennemies are still WIP for the first release. The project only get started but I aim to release it in 2 or 3 years (maybe later depending on the project progression).

The actual prototype with some collectibles. 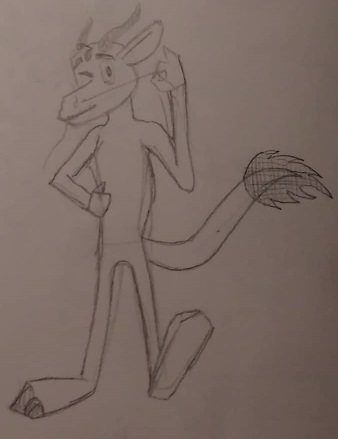 I only have skills for Game Design and Programming stuff. I'm trying to make some graphical assets by myself but (maybe) not for the final game. I plan to release a first version with 2 levels by October, after passing my Master.

Looks good! I hope you manage to finish it.

Thank you very much !! I really want to make this project come true, so I'll take the time to do it the right way ;)